Anyone else annoyed, affected, uninterested in the “System” removing quotes from posts ? 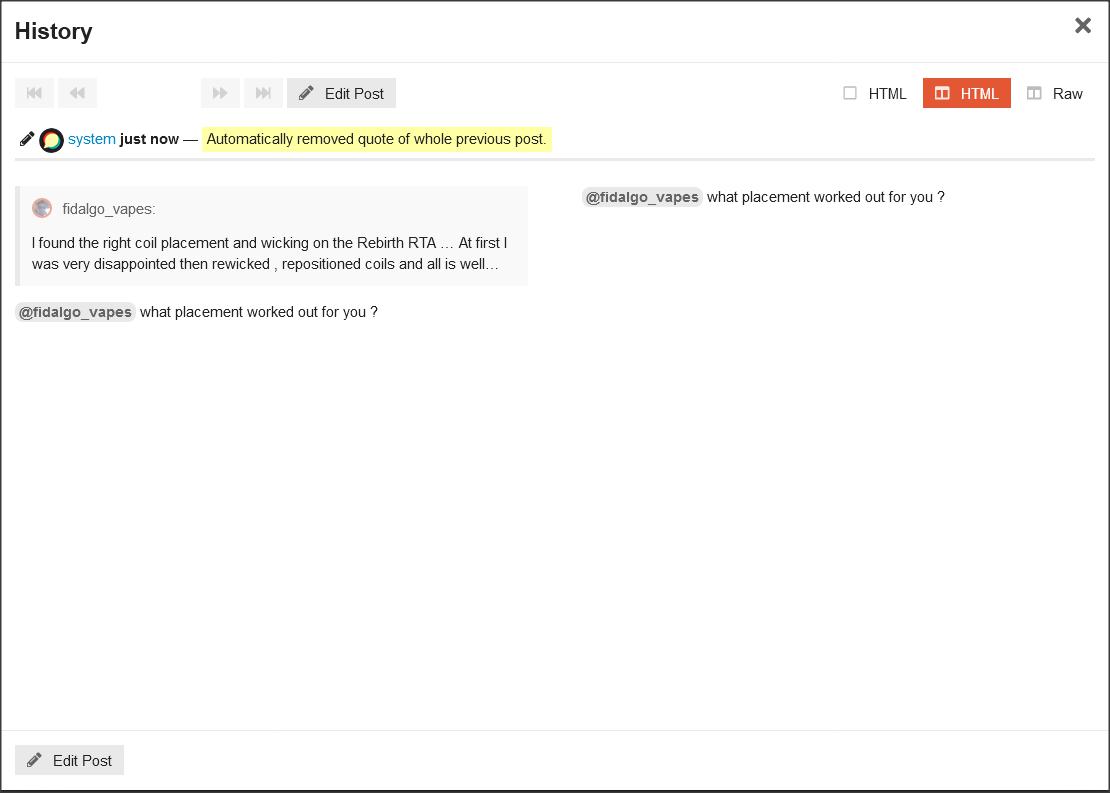 Hadn’t realized quoting was that much of an issue, or just part of another “update”. I’ve had to go back and edit my original post(s) to put the quote back in, so anyone following the thread, will be able to follow who’s talking to who.

Anyone else affected in the “System” removing quotes from posts ?

If you edit them (as above), or post a partial (as below):

so anyone following the thread, will be able to follow who’s talking to who.

I think you can still do that pretty effectively.

I do recall that (for a while now) the system hasn’t liked/allowed a 100% quote (primarily if it’s a longer one).

Note: the word “whole” in yellow.

Hadn’t realized quoting was that much of an issue

Did know this was and issue. Maybe @daath could weigh in.

I’ve noticed the same thing. I did see (I believe) a message saying it was because I quoted the whole entry instead of a part of it…just like yours does.
If that’s the intention, people can just click the name you reply to so see what exactly you reply to. It removes the clutter from threads so IMO it’s not a bad thing.

As I’ve stated before - I update the forum software very often, sometimes a couple of times per day, sometimes less, but it should always be more or less up to date… So if anything behaves differently, it’s mostly because it was designed to do it - However, if we experience bugs I always contact the devs

Personally I’m a fan of partial quoting, but if you’re quoting a short message, I don’t see why they wouldn’t allow the whole message?!