This happened a few months ago where youtube deleted either
inactive subscribers or paid subs. The numbers I got off reddit are from socialblade
and not 100% accurate but p close.
And in the reddit thread I saw something I never thought I would.
we have Jai haze accusing DJLSB of buying subs and being shady.
and DJ accusing Tony b of of fabricating details of the voopoo story.
And of course a mob of angry redditors…

There are a few missing I could also post but DJLSB interestingly lost the most,
then jai haze and some weirdo called timmerz?
personally im glad vic didn’t lose much he seem’s like a good dude.

Ill add that jaihaze and DJLSB both are not very active on reddit very low points.
can’t 100% say its them but I’m pretty confident it is them

Yay! I was almost out of material to read when I go to the crapper!

Id have to seek help if i start to care about drama like that. It kinda pains me that i read and commented here

There are too many other things in the world to care about.

There are too many other things in the world to care about.

I know folks have the right to get jazzed about their passions, but they also need to take a lesson from Bob and chill… 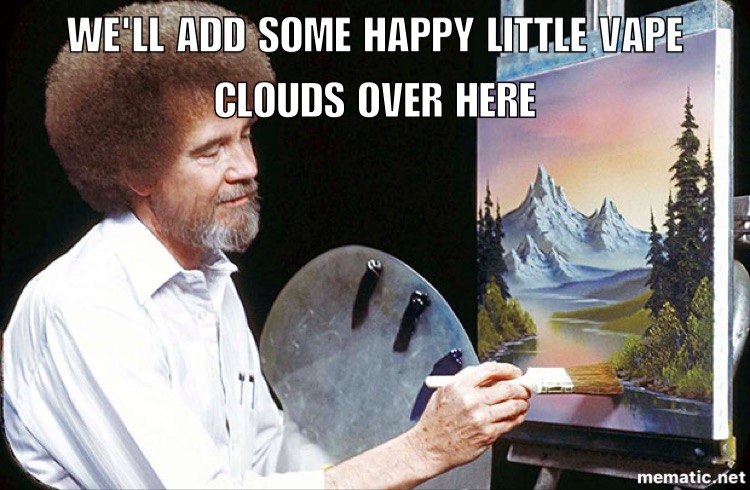 im right with you man I wasn’t going to bother posting this nor do I care about the drama
just thought it was funny that reviewers were going at each other and its kind of interesting to see the numbers and who may or may not be buying subs which I didn’t even know was a thing.

You got subs? I got beans, wanna count my beans? I got lots of beans lmao

We are 10 steps away from in-person interaction, and 1 step away from being absorbed into a digital world which emonee, …e-money? haha, are subs really important? Don’t they get paid to the point that they are just putting out silly videos just for views, there are some dang morons on youtube. (not vape folks…well…maybe some vape folks but youtube in general)