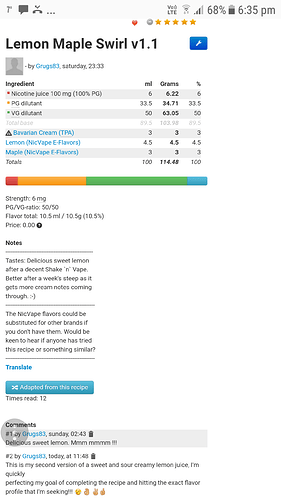 I now know that the NicVape flavors aren’t used by that many people so they could always be substituted for other brand flavors of a similar nature.
Does anyone know of other brands that have a similar Lemon and/or Maple that are great?
I may get a different brand when I restock.

My only other great DIY recipe was one of my very first attempts and I’ve since tweaked it several times and I think it’s probably as good as I’m going to get it. Unless someone can improve on it in some way it will be my 1st good juice as is. 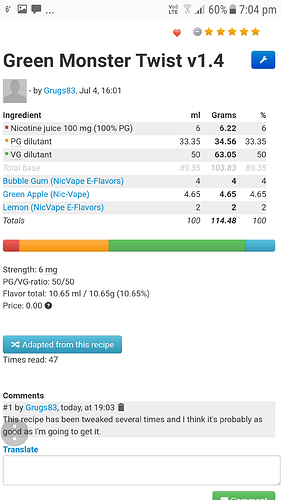 I’m not a big fan of maple but the bubblegum one looks good. I may have to mix something up subbing flavors I have.

The Green Apple BubbleGum was about the 2nd recipe that I made as a newbie DIYer.
It’s gone through a few tweaks though…

It’s my trusty ADV that I always fall back on when I can’t think what I want to vape for the day.