Titanium Difficulties - Is it my wire, my mod, or me?

@Pro_Vapes this is especially for you but I welcome anyone with insight to chime in.

So here’s the dealio.

In the past few days I’ve had to rebuild my dual-coil Ti deck twice. Here’s what happens. The new build will be awesome. Wicking good, temp control seemingly good, and everything seems great…for a day. But it’s a big day as I’ll vape the hell out of it, sometimes as much as 5-6 tanks per day. Then after about 6-8 tanks on that new build, things will start to go awry. TC will be the first thing I notice. It will either start to kick in very quickly or immediately. Upon checking resistance it “appears” normal as per my original build. So I’ll play with ohms, TCoR and temp setting and get a decent vape. Eventually though it gets where it is hardly vaping at all. So I’ll tear it down with the intention of inspecting. Only thing I’ve noticed each time is some fairly substantial gunking of the coils. It seems rather odd to me that this happens so quickly and the juice I use is no different from anything else used in my Kanthal builds where coils may last me 2 weeks or more.

Rather than try any type of cleaning and because I feel I still need the practice building with Ti wire, I’ll go ahead and install new coils and wicking. Back to working great. Now is it just me, or does Ti by nature actually gunk up quickly like that and require frequent cleaning/maintenance?

Yesterday when I rebuilt the dual coil deck I decided to rebuild the Ego One Mega too while I was at it, although it didn’t seem it needed it. The cotton was dark brown but not burnt, and I would imagine that was due to a couple of juices I had used in it that were a bit suspicious. The coil was gunked a good bit…in fact I would say just as bad as the dual I had to rebuild. Yet it was still vaping good.

So here it is 24 hrs later. I’m having the issues again so this time I decided I wouldn’t rebuild but rather just rewick. I made sure the screws were tight and no movement of the coils. Made sure they were still spaced after building. Juiced up and tried and it had dropped to .14 from .18 ohms. Verified this on another device.

Is it me? What could I be doing wrong? Is it possibly my wire? I bought it from Ebay but it works great in the Ego. I’m to the point where I’m ready to slap some damn kanthal in it a vape on.

Why it gunking? I’m not sure about that. Gunking most times is a juice issue. The resistance and TCoR issues are the same problem I have with the Cube II. Below is how I resolved my issues.

Continuing the discussion from TC Mode - X Cube 2 & Kanger Subtank: Even with all the BS I went through I still recommend this setup. I think with more updates the bugs will be worked out. This is the most advanced vaping system on the market, IMO. If you decide to venture in the “Valley of SMOK”… here’s a link to the build tutorial I posted a few days ago.

Continuing the discussion from SMOK XCube II review: This has been my experience with this TC mod. By know means am I stating this is true for all SMOK X Cube II mods. If you run into similar problems as me, this may work for you. I’ve gone several rounds with the SMOK X Cube II, trying to figure out the TCoR setting for this mod. What I have concluded that it’s not functioning as it should. I’ve had problems with both, dual and single Ti coil set ups. I’ve manually set my resistance, so I kn…

Thanks. I have read those a few time…perhaps a few more is needed to soak into this old brain.

In the meantime, here are some photos. Coil I removed this morning that was installed yesterday. Seeing it that much closer (photo) I’m thinking not really gunked just discolored. ??

The rest are the new build I just did. Perhaps you could spot an issue? 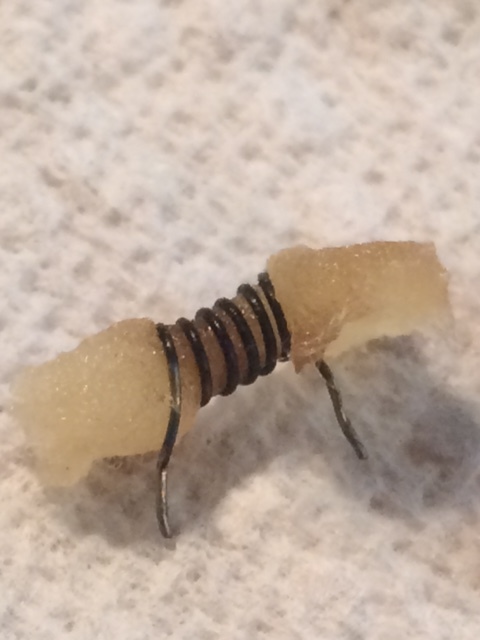 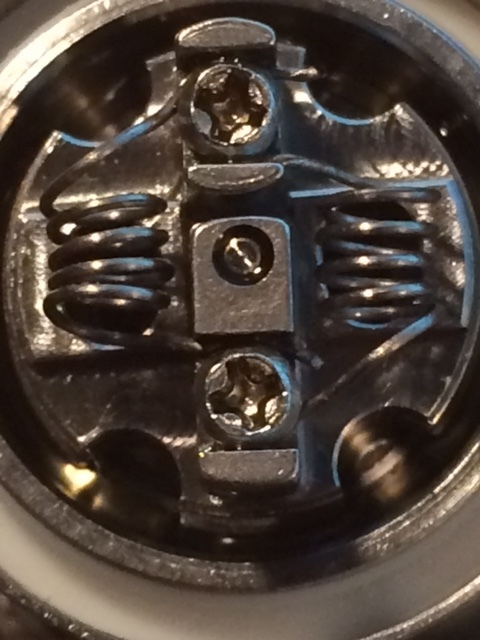 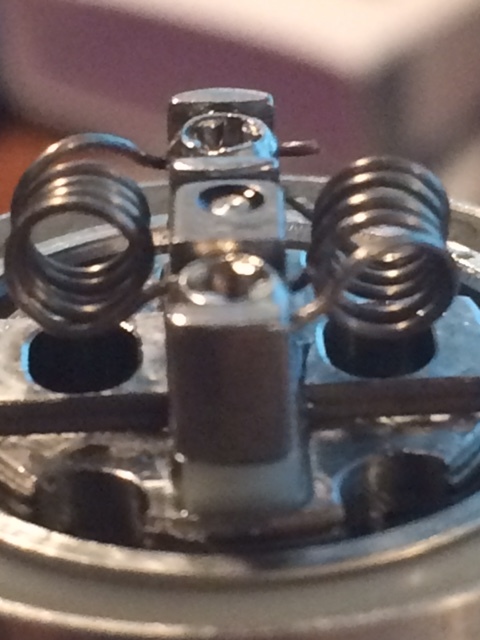 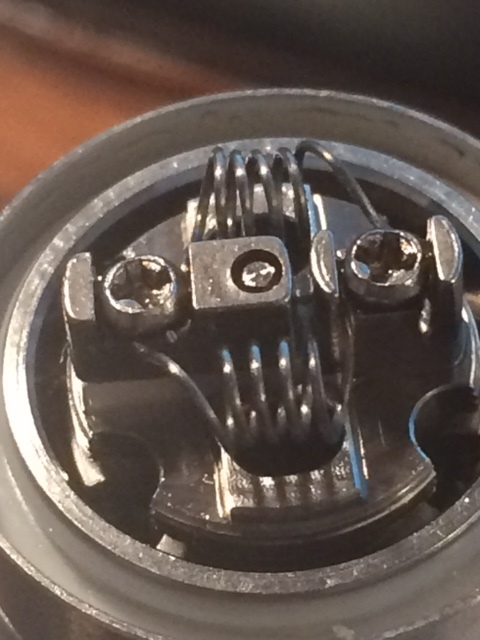 I don’t see any issues with any of the coils or your builds. Coils seem to do best once the are seasoned like a well used cast iron skillet. I’m not sure if Ti oxidize in the same manner as kanthal. I think your issue is with your TCoR setting. I just keep going up until it vapes smoothly. These Cubes are not as accurate with Ti for some reason. If it’s not reading the correct resistance you should expect the TCoR to be off also.

Do you dry fire your Ti coils? If so it’s not needed for spaced coils. They don’t have hotspots. Just mount, wick, wet and vape. It’s usually about a day to break in a Ti coil.

Do you dry fire your Ti coils? If so it’s not needed for spaced coils. They don’t have hotspots. Just mount, wick, wet and vape. It’s usually about a day to break in a Ti coil.

Thank you for the input.

No I don’t dry fire. But going off the statements you made, do you know if the “seasoning” of the coils results in a different resistance? That would certainly coincide with the time in which I notice the biggest change on a new build.

It will usually change a bit at first fire then it’s stable for a while. I have seen the resistance change after a coil has worn a bit. It’s usually after 4 or 5 days of regular use… maybe .02 or .03 ohm.

Aren’t you also suppose to check/set resistance when it is at room temp? Or is that only the IPV4s?

Yes, at room temp, unless you set it manually like on the XCube II…

As far as I know it’s all of them. Ti and Ni200 both have some fairly drastic fluctuations in resistance with varying temperature so checking/setting resistance at room temperature gives the TC device a benchmark, basically telling it at this resistance the coil is cool

I’ve had to play with it a great deal, and if you read my posts today you’ll know I did another rebuild today. Psst, I’m using this as a segway into a little different discussion. I re-read @Pro_Vapes posts as he recommended. In it @daath mentioned that dual coils would be half the resistance as single, and therefore half the temperature coefficient. So again I set my coefficient to 0.0175 but it wouldn’t vape. So I started bumping it up. I found it was doing pretty good at 0.0330. That got me thinking so I started researching (and thinking too why the mod doesn’t adjust TCoR when selecting DC over SC) and I couldn’t find a thing that indicates TCoR changes on dual coil builds. I did find plenty of technical information from various universities and specialists, but the specs were geared more toward Ti plates and electrodes. Still, I couldn’t locate where there would be a situation using titanium that the coefficient changes. So now I’m confused. Does the coefficient indeed need to be halved on dual coils? My thought is “no”. Because when you set up the build and install into your device, it reads that dual coil’s resistance as the new benchmark.So then as it heats the resistance changes and is read…and it’s still titanium…no? The other reason I feel the coefficient may not need to be changed is i can pop this dual coil on my eVic and it vapes like it does on the xCube where i have the TCoR set at near normal. I’m interested in this and knowing for certain just haven’t been able to find the information.

checking/setting resistance at room temperature gives the TC device a benchmark, basically telling it at this resistance the coil is cool

Reason I asked was because I did not see you mention this and wanted to be sure that you knew to do it at room temp. Wish I knew more about the XCube so I could help more but I do not own one. I keep debating whether I want to even put one in my shop. I just feel they are too complicated for the customers after listening to the struggle EVEN @Pro_Vapes had getting it set up. Unless they do something to make it easier on people I probably will exclude the XCube…

I’m with you on that one. Last thing I need is a complicated vape. Too bad because the price is really low right now. I’ll just wait and see if the situation improves.

Too bad because the price is really low right now.

Ain’t that the truth. They cost the same as the IPV4s for me. The price IS right as Bob Barker would say…

I too stated that halving the TCOR was not accurate. Don’t worry about a set number for the TCoR. I have been as high as .00525 to get a satisfying vape. You have to wing it with this mod because it’s not doing what it’s suppose to do. If it was they would be selling it at MSRP. They know it’s fucked and want to unload as many as possible before they are exposed. TC is still not an exact science an none are 100% accurate.