What do you think are some underrated juice lines that you feel aren’t appreciated or known about? I keep looking for a Trinity Reserve by Lazarus, (heard from several people in different states but haven’t seen it sold in stores or that stores being aware of it.
Basically its a bourbon/cream over roasted nuts, which (while I don’t drink liquor), does sound really good.
Anyway, What about you?

I used to work for a vape shop in the Pacific NW(seattle area) called Ecig-N-Vape, the juice maker there was this super cool guy that was always trying to make everyone happy, so he put out this whole line of about 70+ flavors that were ok, but they were meant for new vapers, so they were all really strong. He finally put out some of his personal stuff and it was AMAZING. He has a Strawberry Rhubarb Crisp that is the only strawberry I can taste in a vape(I’m one of those people).

When you say put out do you mean released the recipes? If so, mind sharing? Both of those sound really good.

Sorry, I meant when he finally felt comfortable enough to release his own as a e-juice line. Thats what we’re talking about right? Otherwise I’ll commit seppuku on my post out of shame. =(

just left a comment for you bulldog…on your recipe

Just put this up, had to tie up loose strings from unfinished business.

I do apologize, I listed a wrong ingredient on there, I meant to put Vanilla Bourbon, to accommodate the flavoring required for trinity. It’s not Madagascar that should be used. This recipe reflects true now.

Basically its a bourbon/cream over roasted nuts

I’m wondering if your Vanilla Bourbon flavor tastes like Bourbon, the Liquor - mixed with Vanilla - or if it is more straight Vanilla like Bourbon Vanilla. (Phew that was difficult to word correctly!)
https://www.quora.com/What-is-the-difference-between-vanilla-and-Bourbon-vanilla-Is-Bourbon-vanilla-same-as-French-vanilla

welp, learn new stuff everyday. Wordplay done got me again, thanks for the info @Plunderdrum

I’m wondering if your Vanilla Bourbon flavor tastes like Bourbon, the Liquor - mixed with Vanilla - or if it is more straight Vanilla like Bourbon Vanilla.

The “bourbon” in “Bourbon Vanilla” has nothing to do with liquor, although alcohol is used as a carrier during manufacturing. This vanilla is grown in Madagascar and an island named ReUnion in the Indian Ocean. ReUnion was formerly known as Bourbon, and it is the name of that island that gives Bourbon Vanilla its name.
If someone thinks they taste liquor in the vanilla it’s most likely a psycho-somatic issue.

We’re on the same page. That was why I asked. Darkjester said the recipe was basically a bourbon/cream over roasted nuts, but wasn’t using any Bourbon Whiskey flavors, just Vanilla and Nuts. Sounded like he might have thought Bourbon Vanilla had a Whiskey flavor in it.

Hey, for all intense purposes, I thought Citrus Punch actually had a fist waiting to strike in it. 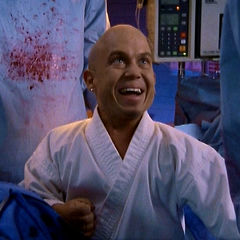 Martin Klebba was frickin’ hilarious on Scrubs!
(and turned 50 today