Now today, 30 of them need updating again and it seems as though they have reverted back to their old names

This should help explain (at least a bit):

I’m going to revert some (a majority of) the ones I’ve changed. Eg: vanilla, French cream, Bavarian Etc This will take a bit, so please bear with me. But, once “I think I’m finished”, I’ll ask for a collective “have you seen any I’ve missed”. At which point, I’d be very appreciative for any assistance (or explain why I think it’s more beneficial as it stands, if one you find/suggest was actually intentionally omitted.) Brands on the other hand, I still need to update the thread on abbre…

Did I catch you in the middle of an update or should I make the changes as they are today?

Well, it’s up to you, but there’s more to come of course. I’ve covered a pretty wide swath of ones I’ve intended on reverting, but there are still some outlying ones that I need to tend to.

I’ve gotten the dupe list down under 40 (as of this morning), as well as continued to work on other random (as well as intentionally targeted) oddities as they appear (or come to mind).

I just want to not keep doubling up on my efforts.

Trust me, I know the feeling!

Thanks in advance, apologies if i missed something in this thread!! AND: Thanks for your hard work keeping this site so clean!

Well, not this thread…

Thank you for the support and understanding though! It’s much appreciated! It means a lot.

I wanted to go more in depth on the “why’s” of the decision to revert some of the “major players” after investing SO MUCH time and effort on trying to make sense of things (from the standpoint of when it comes time to mix, and interacting with the flavor stash). But there’s several things that tie into it… One of these days, I’ll try and corral all the varying factors.

But, I really want to express my deepest gratitude for all the wonderful people who supported me in the attempt from the inception of the idea!!
I know from both public and private exchanges, that many appreciated it, and found it useful.

I also want to remind everyone (especially those who did not fully take to, understand, or appreciate the idea) that I did say very early on, that things could be reverted if necessary! And in some cases, I’ve felt that it’s better to go ahead and do just that. So I know that this should make some folks a bit happier. chuckles

Some things will not be reverted though!!
So I will ask that folks continue to bear with me, and please do not try and anticipate the direction of things! Once again, I beg to remind everyone, that it is after all, a “living, breathing, entity” with fluid changes in both the flavor companies who make the flavors, name the flavors, and those who sell these flavors. So things are going to continue to need adjustment!!

Granted, once the majority is dealt with, the changes won’t be/feel nearly as frequent, or as widely ranged… But I’m simply saying that there will always be the need to update or adjust factors as they arise.

As some vendors always need to change the names (for varying reasons), the best thing, we as consumers can do is be more informed on, and reliant upon, is look to the manufacturer for the proper name of the product, as well as any relevant information (changes, etc).

By the way, since I’m “on a noteworthy update” here… I should acknowledge my embarrassment and fuckup earlier today. /sigh /hangs head in shame

It was the difference between ONE LINE in what I was working with. But I humbly beg everyone’s forgiveness. This kills me from a notes standpoint, as well as the historical standpoint. And I can’t express enough how badly I feel.

I instantly sent Daath a pm (with the exact time, details, and flavor database numbers) apologizing for my mistake. And requested if there was any chance of him being able to manually restore the affected data by hand.
He kindly said that he would look into it. So there’s a chance that it might be able to be rectified. (This is not a guarantee though… So if some start looking for a rope, I understand)

Anyways, I hate ending this on a down note, but I’ve covered far more than expected for the moment.

Thank you all again for working with me on trying to keep things running smooth!

All the best,
Rob

Amazing amount of detail in your response. THANK YOU!! You of course are putting way more into this than I ever could, I think we all appreciate that for sure! Going to go make a donation now…

So I’ll post this here, because first off all, I do know how much @Sprkslfly and @TorturedZen will love this one and two, I didn’t know where else to put it

obviously there’s a lot of things wrong with this. Not only the header/title, as pointed out many times of what people are not supposed to do, but also no brand names. Now clearly this isn’t regular ejuice, and labeling it with manufacturer names is also not possible, question is more, how we gonna handle this?

Some sites allow the mixing of juices that are not ejuice. Others allow cbd and ejuice, then there’s others that just don’t care. I am not sure if it’s “allowed” here or not, but if, maybe give them a specific category if possible? Because as i mentioned above, the manufacturer/brand name doesn’t apply in this case lol.

But just wanted to point that out, since it’s not the first time I noticed that over on the recipe page. Again I really would love to see sprksfly and torturedzen face when seeing this. Im sorry you guys need to work that hard!

Well… First off it’s a “recipe” (in this case, it’s effectively a STONE/base)… So there’s really no “correcting” the choice of “name”.

Would it be better to have it private (and the link to the stone shared privately)? Perhaps.
But, then again, for those limited few (currently anyways) who need such things as these… Part of me thinks it’s nice of them to share.

I understand about the missing brands… But honestly, with the subject matter in this particular case, there probably aren’t any common brands yet (at least from a manufacturer’s standpoint) to worry about. Vendors? Sure. But with so many ‘podunk’ sources varying from state to state…
I can’t say for sure, but this is what I’m envisioning of the current situation, especially when it’s not federally legal yet anyways. So… Yeah. No idea what Lars thoughts are on the matter as a whole.

There may well be (and probably are) established manufacturers in places like the Netherlands, etc. But I think the US contingency is going to be the one to clutter shit up, and that’s what I’m thinking of in the above reply. And that’s where the uncertainty lies (and my experience is lacking by a landslide).

I am not sure if it’s “allowed” here or not, but if, maybe give them a specific category if possible?

That’s a great question for @daath!

Speaking of naming conventions, what about this recipe:

I mix it all the time, and I remember that a few months ago pink lemonade in it was also (LB) and not (liquid barn) (its the same to begin with)

Just another of many things to fix…

I am still under the impression that the ELR database is to be used for flavor concentrates only. Maybe I’m wrong and the time I’ve put in to help “un-fuck” the DB was wasted. The existing flavor names still require a LOT of work. This here only adds to the mess and cleanup effort.

I am all for CBD related recipes and embrace the concept. But IMHO there needs to be a separate DB only for this and it should not be allowed to blend in with the standard flavor concentrates. If and when @daath changes the “open entry” method of recipe creation and implements something else, there’s nothing that can be done, as annoying and frustrating as it is.

I dont know where to put this, sorry, but it seems Flavour Art changed some of their flavor names again

These are the ones I found 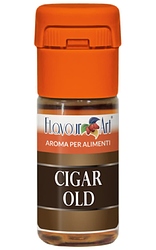 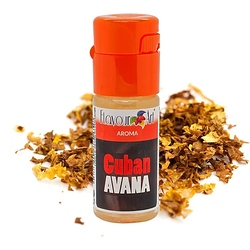 Much appreciate the heads up brother!

I recently had a bit of a go at you on my ‘Butter Toffee’ recipe site. I think I owe you an apology sir. My life is like a living hell at present, and on that particular day it seemed everyone and their dog wanted to have a go at me. When I read your post it felt to me that you were yet another one quick to criticize, when you were just trying to be helpful. I realise that on this occasion at least, I was wrong. Please accept my full apology, I’m not normally like that, honest. Besides, after seeing your picture you don’t look like someone I would like to get on the wrong side of, lol. Take care, and again, I’m sorry. After reading the posts on here, I can see why you were trying to correct my error. Phew.

I remember our “exchange” quite well. And as a matter of record I’ve gotten into dozens of similar exchanges with many other users. Some even more heated than ours was. People just cannot wrap their brains around what I’m doing and why. Never in my adult life have I encountered such a level of defiance, entitlement and ignorance as when trying to get them to make simple changes. And it doesn’t matter if my comment requests are candy-coated sucking up or firm and to the point. It’s a thankless job that I voluntarily took upon myself.

But… there’s one notable difference.
You and one other user have been the only 2, out of the dozens, that have ever conceded to an error in judgement and owned up to it. To me, that’s what separates and defines a man from the juveniles.
So with that said, no apology necessary brother! And Thank You.

Thankyou sir. That’s made my day. Means a lot. May all your mixes be great. Peace brother, and keep up the good work. It does help.

Bit late here, but thank you for the work you done putting this together great job.

You’re like a bad penny, keep turning up and chastising me for wrong naming flavours. Even if it’s in the ELR list. Point taken, sir. I’m trying! Lol. You got me again, today.

Really? Chastising?? Can you reference an example for me please.

I was only joking mate, but it was about 9-10 months ago, about a Butter Toffee (not a particularly good one) recipe I posted. Not sure if the tone of my post was lost in the text, or because you’re American and I’m British, but no offence was meant. In fact I was trying to be nice. Sorry.

Not sure if the tone of my post was lost in the text, or because you’re American and I’m British, but no offence was meant

While it’s true that subtleties are sometimes lost on me, I don’t really get offended. Puzzled? Yes. But when pointing out flavor corrections I usually get a fair amount of blowback from some users (as you can attest to) which, out of necessity, promotes some thick skin for my part. So, offense not perceived.

@Sprkslfly hey bro. which one of these is the correct one? I assume the one with the most but the one on the bottom is how it is spelled… 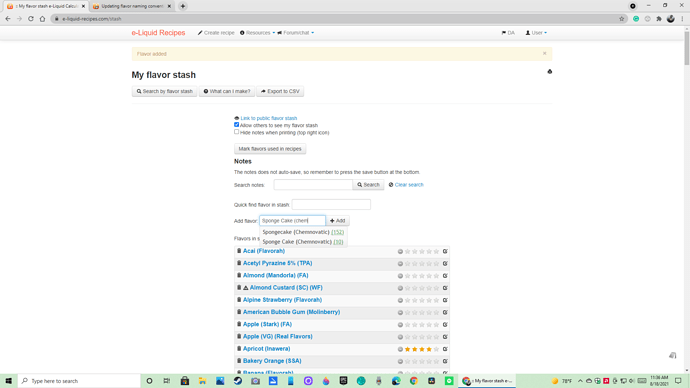