what happens when using wire in TC mode that’s not designed for TC? 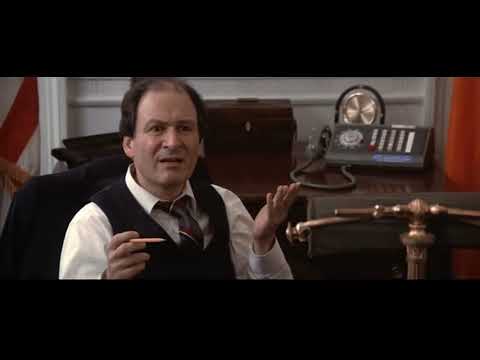 On DNA mods it will just fire in power mode, the screen says something like TC off, probably not that but my memory sucks. I would think most mods do that, if they don’t measure a fluctuation in resistance then they just fire like in power mode

i should have searched the topic before i asked the question.
having read the answer from an earlier post, i now have a rudimentary understanding.

btw that image is spot on. i’m still laughing when i put it together with my question.

Is this a yihi chipped mod? If so let me know which one, some work differently

when in tcr mode there is an adjustment I can make ranging from 1-999. the corresponding number from the chart for 316L is .00092, i believe. is it correct in assuming I set the adjustment to 92?

thank all you guys for setting me up

Temperature Control, be it the mods preset modes for different wire types, or using TCR mode will regulate the Wattage and/Voltage in relation to the change in resistance of the coil as the coil temperature changes.

How it decides the change in Wattage and/or Voltage is not only based on the coils change of resistance as Temperature changes, other factors are involved.
Some factors that I can think of are the math algorithm used by the chip maker, manufacturer, or even the user made algorithm in the case of DNA chipped mods(open sourced code with a large user base), the Wattage value and Temperature cut-off value entered as user setup regardless of which Temperature Control Mode you are using, and of course the coil used(wire type and resistance).

Depending on the settings a temperature control mode logic can increase power as you vape, up to the high temperature cutoff value, or depending on the settings it may do nothing different than using a normal Wattage regulated mode. If it reaches the high cutoff setting there are different ways it can handle the regulation at that time and this depends on the math algorithm and chip capabilities of the mod you are using. Maybe it’s purely a change in Wattage, maybe it’s a hold steady of the Wattage at a certain time, or a steady pulse down and up and back down. It may be a complicated combination of factors.

As for how it behaves for non-temperature control wire types my guess is it can differ depending on all of the factors mentioned. I know for a fact I’ve had differing behavior from not noticing a difference, getting a crappy vape or maybe an ok vape just not as good as Wattage or Variable Voltage modes, to not working and/or a error message of sorts. When using non-temperature control wire types you may be way overheating the wire resulting in harmful toxins without realizing you are doing so, defeating the whole purpose for temperature control mode ito begin with.

I hope that helps.

I like the Squeeze 2, a cool little mod I was using last week. I don’t recall it having good TC but it has been a while since I tried TC on it. Great TC is when it feels like you are in power mode until all of a sudden it throttles back when you run dry on juice. Unfortunately, most mods do a piss poor job with TC, that is why it is not too popular for the majority of vapers but once you get it right it is hard to go back.

when in tc mode, i find that as long as I don’t have the temperature too high around 400 or below, I usually get no dry hits or burnt taste. i haven’t tried TCR yet. but I am satisfied with the performance of the squeeze 2. looking forward to getting a DNA or YIHI squonk MOD.
any recommendations?

The only squonker I have that is Yihi is the Steam Crave Hadron 220 with the seperately available Squonk Backpack. It’s a big monster with the backpack on. Not one you carry outside of the house, more of a desk or couch mod. It’s considered by many as the worst of all of the Yihi chips but I don’t have any problems with it, I own and use two of them. There’s only a couple of minor nits that I have but I believe it does good TC in *TCR" mode. I don’t think they put the correct or the best TCR value in for the 316SS mode so I only run it in TCR mode. Because of the large size I think the Hadron is better without the squonk backpack but the backpack is very functional and holds a ton of juice. I will recommend the Hadron with or without the squonk backpack as long as your ok with a big heavy power setup that doesn’t need to travel with you. With the exception of the truck drivers, they love them for the batteries(duel 21700) and juice reserve. I don’t own any DNA mods so I cannot comment on them other than people seem to love them and they have a mode called “replay” that people rave about. Some people claim they can’t live without the replay mode.

Pretty much any DNA250C mod will do the trick, DNA75C too but not as efficient on battery life. The best yihi chip is the 550 in the SXmini G Class but most of the yihi chip in the 500 series is good as well, below that it is a gamble

no problem being large. don’t take vape gear with me.

Just a note on firing with the wrong wire, Eleaf mods will simply switch to wattage mode; problem with the eleaf mods is they will sometimes randomly switch to wattage mode even when using the correct wire! So it is good practice to have the wattage mode set low just in case. Also don’t forget to lock your resistance after setting the mod down for a while - I think it is “up” to read the current Ohms, and “down” to lock with the Ohms highlighted. If you lock it or read it while the coil is hot, your base resistance will be waaaay to high and will lead to burny hits (if you think you set it wrong, simply take the tank off, re-attach and answer new to the coil question - don’t be afraid to play about, that is how I got it working. Worst you can do is burn some cotton or a coil or three. I understood nothing the manual said to me at first).

I did find the TC on my last few eleaf mods a bit underwhelming, but you can sort that out by just setting the temp a bit higher than you would on other mods, but apart from that little detail it does seem to work good. Once you got it set you can get a similar vape over and over.

As for setting the M1 M2 and M3 most mods don’t call them that so you may get a lot of blank stares when asking this question - on most TC mods it is simply called TCR mode and there is only 1 preset called TCR - but you set that with the power off on an eleaf mod. Turn the mod off, and then hold Up and Power until M1 appears, use that menu to set TCR (for example for 0088, set 088, and for 0200 set 200). Probably best to read the manual for that bit, but its power to move through current screens options, - and + to change values, and a long press of power to exit.

Hope that helps, and welcome to the other rabbit hole that is TC!

sometimes randomly switch to wattage mode even when using the correct wire!

I’m familiar with that condition. i can’t be certain, but one time it happened the screws that secure the coil had loosened a bit so I tightened them which seemed to have fixed the problem. maybe poor contact could be the cause.

something I had overlooked.

when the squeeze 2 does revert to watts, the watts automatically goes to 10

take the tank off, re-attach and answer new to the coil question

and also when in TCR mode. holding the fire and up button shows a menu where the co-efficient and lock/unlock function is accessible.

what are your thoughts on rebel or boxer?

Never had a Rebel but have 2 Boxers, a classic dual 18650 and the dual 20700 squonk. Pretty much regret buying both Boxers and will never buy another. The classics battery door has gotten wonky over time, still works but is loose and comes off easy. The squonkers 510 has started to give me problems, it needs to be replaced. I have heard other people have problems with the 510 as well, it is a dumb design.

Both I have had to dye again after they started fading, heard Rebel doesn’t suffer this but it is common to Boxer.

The more I think about it the more it seems 3D printed mods won’t hold up long term, that has been the case for me. Both Boxer and Rebel charge ridiculous prices for an enclosure that maybe costs them $10 to $20 to print. With that said I would not recommend either to anyone based on my experience.

looking forward to getting a DNA or YIHI squonk MOD.
any recommendations?

I can’t speak to the YiHi chip but I’ve had DNA mods for years. The DNA’s REPLAY mode is hands down the best function. Using temp sensing material (wire or mesh) you tweak your atty’s build until you get the best hit possible from it. The DNA chip will record that perfect hit with a SAVE function and it will replay that same exact hit when you fire time after time. I’m unaware of any other chipset that can do that.

dodged a bullet there