Whats up vape fam?
I was recently sent the Kylin 2 rta, from vandyvape as part of the customers first program. I figured I would pass on my opinions to the ELR fam, in case your in the market for a new rta or just curious about whats coming out. First off this is just my opinion, based entirely on my experience over the last few days ive been using it. 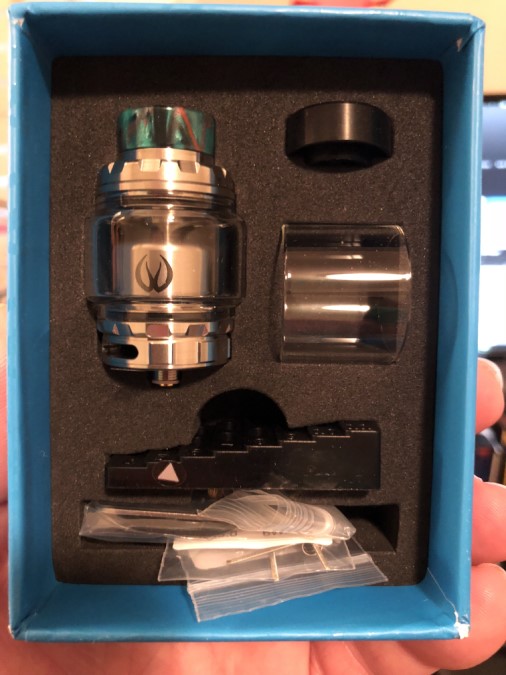 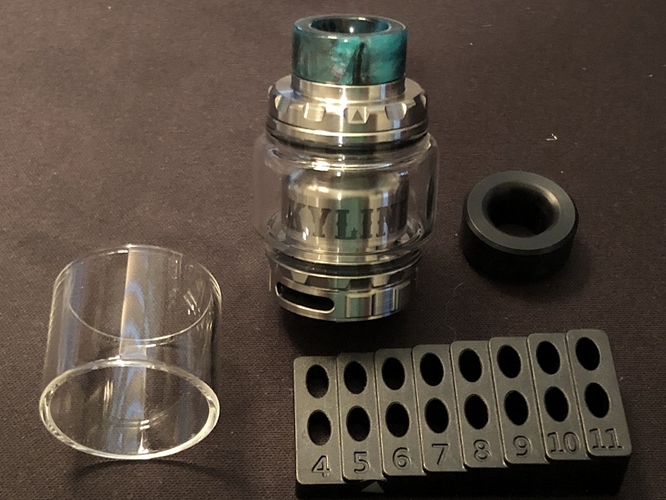 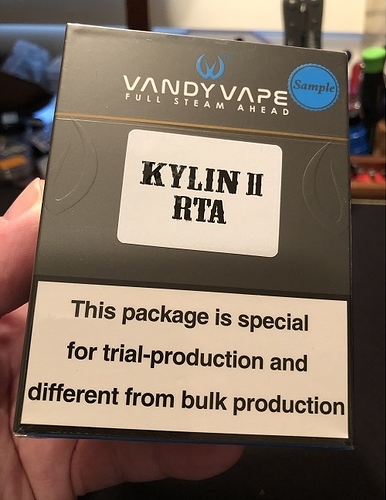 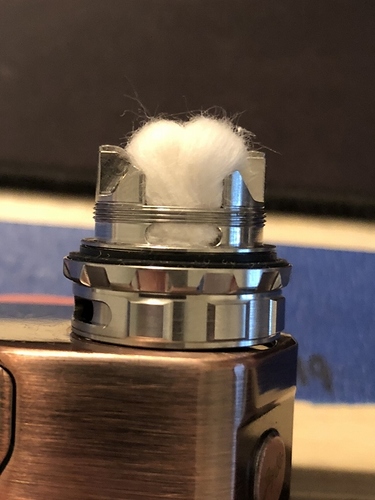 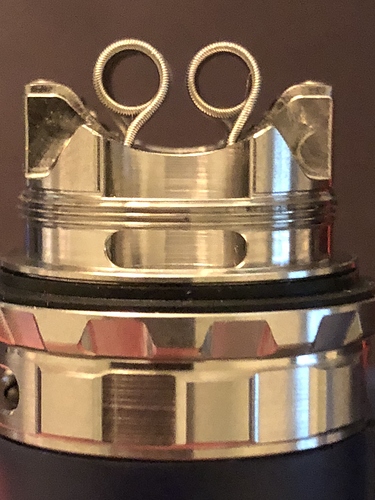 So what do I think about it? To summarize it into a single statement I would say this tank is a major improvement to the previous kylins, I love it! I have the kylin mini as well, its a great single coil rta but had a few shortcomings. The mini was much better than the OG at least (which some had leaking issues as well) because of the airflow design. The new kylin 2 has the same airflow as the mini, in dual coil now, major plus! 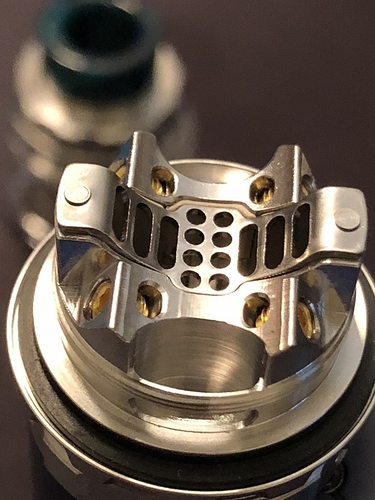 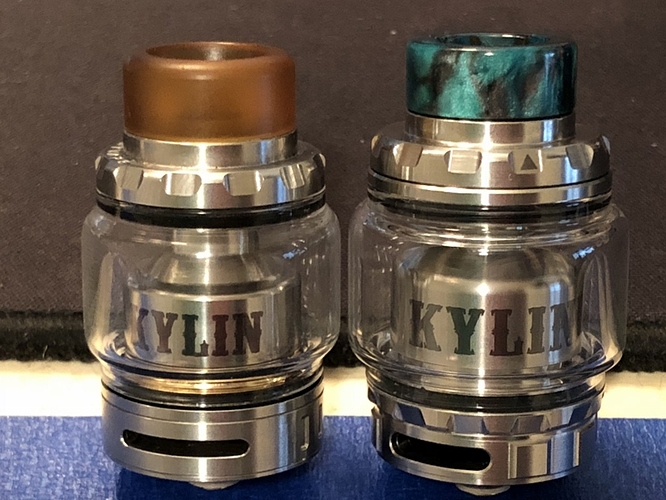 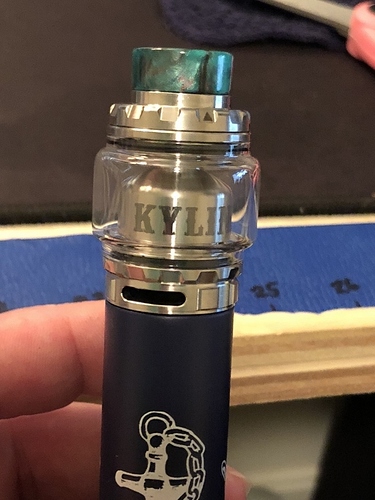 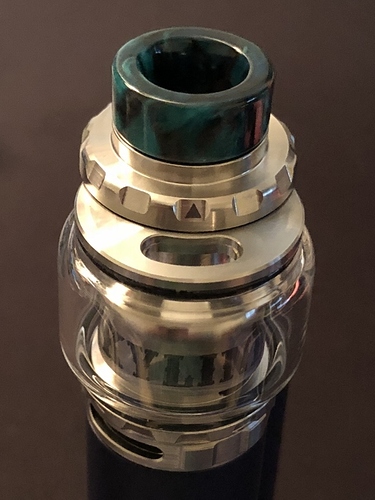 Heres what I liked… The build deck is awesome, the screws were moved to the sides so no more twisted legs. It is a postless style deck (coily tool included) and can be run in dual coil or a nice fat single coil. I like how they spread the post holes farther apart as well. You can fit a 10mm long coil easily (12mm max width between post holes). There is plenty of airflow here, its smooth across the board too. The flavor is outstanding! Its up there with the best of em and it wicks like a champ. Hasn’t leaked a drop since I got it. In the performance dept this tank is a sure winner and I’m really liking this sliding topcap, refills are quick and easy. 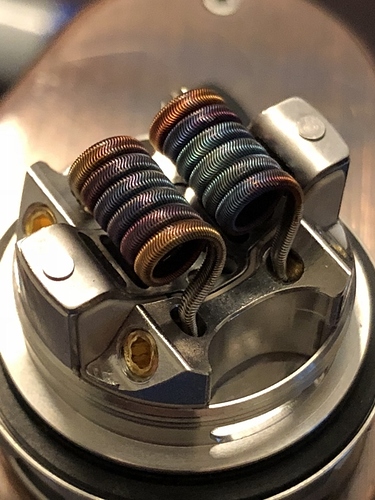 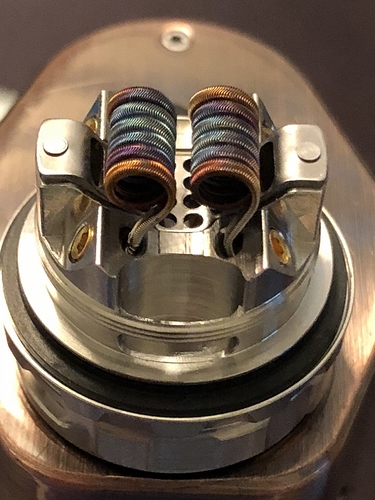 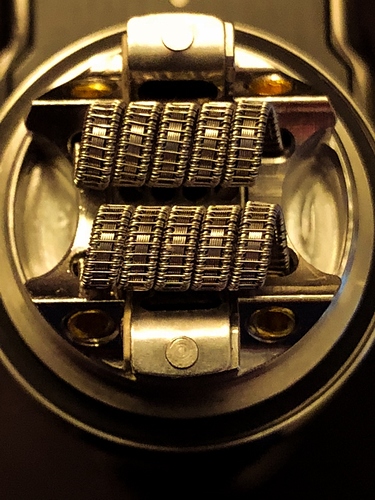 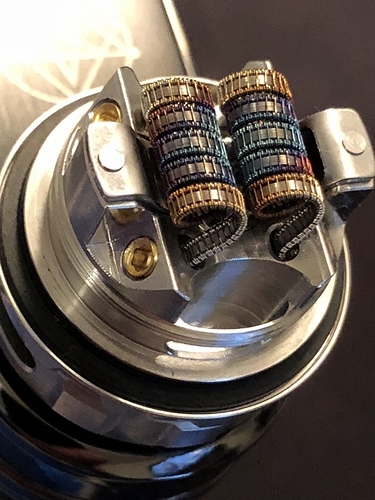 Heres what I didnt like… not much really. Im digging deep just to come up with some cons. I guess the main thing is the wicking. You have to really thin out the wicks to get them to fit into the channel. You have to thin down two wicks into the size of one. If your a regular rta user this wont be anything new, but if your new to rtas it will take some practice. One thing to mention is In dual coil, because the chamber is small, you cant fit anything wider than a 3mm ID coil, nothing major. The only other thing is the airflow is kind of loud, it doesnt whistle at all but its not quiet either.

Overall this is a very good rta, one of the better options out there. Tons of flavor, easy to fill and it looks great. From what I hear stores should have these soon, If your looking for a good rta make sure you check these out. Would I go out and spend my money to buy one of these? Absolutely! VV did a good job of addressing all the issues from the previous releases. If you liked the kylin before you will love this one

Thanks for the review.

I already have the kylin 2 on pre-order, and I don’t think that wicking will be an issue for me since I intend to run it as single coil only

Its set up to be great for both single and dual coil. If your going single I would suggest a larger ID coil. Either a 3.5 or 4mm ID. When you get it try out both setups and see which you prefer, at least both options are good on this tank.

When you get it try out both setups and see which you prefer, at least both options are good on this tank.

I will definitely try it. I’m a big fan of Kylin mini, and have high hopes for this one. 4mm coil is a given for it

Same here, I liked the mini and still use it occasionally. This deck looks just like the mini, just spread for dual coil. Im sooo glad they placed the screws on the sides on this, twisted leads were a pain on the mini. The wicking is much easier on this, compared to the mini. its like they combined the mini and the OG, then fixed the issues.

Agree with this review.

I didn’t have any issues with wicking. Been doing it for a while but I don’t thin it out. Instead after juicing I just create a little space between the cotton and the wick hole (giggity) so that a little air can pass through.

Air flow is loud wide open but seems to get a little quieter as you close it down with no whistle.

I would say the flavor is just as good if not better than the mini.

The slide topfill accomodates my siracha style tips which is a plus for me.

Honestly my only con would be the AFC. Because of the tapered down design, it is hard for me to get a grip on it because of my large hands, or as one coach in highschool described them ‘toilet bowl hands’ (still not sure what that means). I end up unscrewing the atty more often then not if I try to adjust the airflow. Which isn’t often but still should be mentioned imo.

Overall this has become my daily banger with the mini being swapped for it every now and again. Plus the gold was very matchy matchy to my bronze mfeng. A definite buy if you enjoyed the mini.

Your absolutely right about adjusting the afc while on a mod. I did most of my initial testing on the double barrel, which the afc ring is still relatively accessible on that mod. When I switched it to a more conventional box mod I noticed the same thing, to adjust it you have to unscrew it. Typically I adjust it before i screw it on but changing the airflow isn’t easy for me either after it’s on.
Your right about needing a room to let the air pass, I like to do my wicks pretty tight thru the coils but thin thru the channels. There are several ways to accomplish this but you do need to make sure the air bubbles are moving, dry hits suck!