That was just from one seller, where you could get 1kg for 83,- USD. You can get all kind of strains, looking all kind of ways. Just avoid dispensaries unless you want to pay 15 to 30 USD per gram for their fancy strains, because you can get some for 25 cents per gram that is perfectly fine with decent amount of THC and smoke 100 joints for same price as the fancy ones!

Yes it is and there are shops everywhere.
Cannabis is legal but vaping is not?

I hear when runny packs up flavourings for DIYers in the South East Asia region, the box is littered with weed ash, in fact he uses it in place of packing styrofoam.

I’ve only just remembered but when we visited Dubai in May 2017 I tried to access vape sites and was greeted with this. 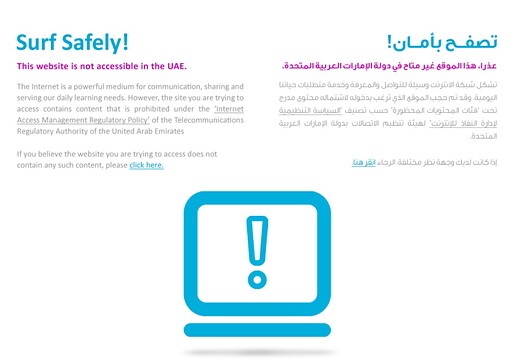 Whereas here I’ve been able to visit anywhere I want.

Can’t say I’ve tried but my next door neighbours mechanics brothers sister in laws uncle told me before I arrived.
Enough sites around the pool anyway.

Vaping was banned, not illegal. That meant you could vape all you want, you just couldn’t buy or import stuff. I spent a few years lying to customs every time I got a shipment. I think it was 2019 when they lifted the ban and at that time there were a number of companies selling everything in the country except straight nic. All deliveries were made by courier which is easy in a country that small.

Confused but in a good way.
That would explain why I’ve not seen anything whatsoever being sold but heaps of locals and tourists vaping openly.

I’ve found the Thai people to be extremely accommodating, polite and just plain nice. I appreciate as a tourist they’re paid to do just that but quite honestly it all appears genuine. There’s a broad spectrum of nationalities here and I’ve heard a heap of American accents so I’m assuming Americans like to visit here?
I will certainly recommend this area (Phuket) to anyone.

As as side note I’ve just returned from a Thai massage and my god for a 5ft nothing woman built like a matchstick she had some powerful fingers!
Nothing dodgy I hasten to add and all connected to the hotel overlooking the beach. Even though she was beating the shit out of me with the sound of the waves etc it was incredibly relaxing. The wife went for Thai cooking lessons so I went for a massage and was amazed at the experience.

Like any heavily touristed area, the Thais on Phuket can get a bit short and testy with the demanding farang. In the less visited areas they are very welcoming and nice.

My wife and I learned that if you want a serious massage you chose a middle aged woman, not a young one. The older women can dig their fingers through your muscle and tickle your bones if they want.

I witnessed some unnecessary rudeness tonight as we were sitting at a table waiting for food. I couldn’t tell you the nationality of the people but in their broken English they were just being so entitled and demanding it was embarrassing to witness. But the waitress girl still kept smiling and trying to please. I wouldn’t have blamed her if she had gotten a bit testy.
I actually felt like telling them to pull their heads in to be honest.

The woman who gave me the massage was indeed middle aged so perhaps unwittingly I got it right. Considering the size of her you wouldn’t think she could exert the pain and pressure she did but I suppose it’s years of doing it and knowing where to work on. She actually walked on me from my shoulders to my ankles first which I wasn’t expecting!

I witnessed some unnecessary rudeness tonight as we were sitting at a table waiting for food. I couldn’t tell you the nationality of the people but in their broken English they were just being so entitled and demanding it was embarrassing to witness. But the waitress girl still kept smiling and trying to please. I wouldn’t have blamed her if she had gotten a bit testy.

The Thais will fuck up people when they get pissed off. It seems a fair number of foreigners commit suicide in Thailand every year with their favorite method being jumping out of their hotel rooms.

My favorite example was in Pattaya about 15 years. The story was some Russians came into town and went up and down Walking Street trying to shake down the bar and club owners. The next day they came back and they were shot in the back of their heads. According to my friends who lived there, the cops left the bodies where they dropped for 24 hours as a warning. Add on the fact that most boys have some experience with Muay Thai and messing with them is not a good idea.

Literally just got home from Phuket and not quite ready to go to bed.
I enjoyed it and to be honest was a little surprised how much. I found the Thai people to be almost overpoweringly nice without exception. As I said before I know I was a tourist and they want your business/ money but there was something more about them than just that I feel.
The nearest I can compare the holiday to is Penang and personally I’d go back to Phuket but not to Penang.
Absolutely no vaping merchandise anywhere for sale that I could see but I suspect if I’d have looked harder I could have found disposables or similar. I witnessed many people vaping without a care but still tried to be as discreet as I could. No dramas with border control but that could have just been luck. I just brought the tiny little Joyetech that I posted and 30ml of juice unlabeled and charged it every night.

Back to normality now and work Monday.

I’ve been to Pattaya about a dozen times.
I always stayed at the Nautical Inn on Beach st.
It’s very quiet if you get one of the rooms by the pool.
If you want noise, start looking for rooms closer to Walking st.
I had grilled Stingray the last time I was there.
The cook it with lemon, garlic and coarse pepper.
Good stuff