Not only do I consider vaping to have had a massive impact on my life and health even with compulsive purchasing of Mods/Flavours/Tanks/RDA it has saved me a bunch of cash. @Sprkslfly recently hit is 3 years (well-done mate). I thought it may be a good idea for those that run a smoke-free app or similar to share their achievements/savings in a separate thread.

Ok so I smoked 40 ish a day and since the pirates otherwise known as the Australian government have a massive sin tax which increases the price of a packet of smokes every year this figure is not exactly accurate - it is actually more saved than reported since the calculation was done using $35 (AUD) for a packet of smokes it is now closer to $45.

Governments are addicted to the $ raised from sin taxes to the point in Australia where I consider it is the major factor here in the government’s reluctance to allow Nic into juice.

Anyhow post up your savings and how many smokes you haven’t smoked if you want. Here are mine since I went totally smoke-free - I don’t think the dual use period counts. 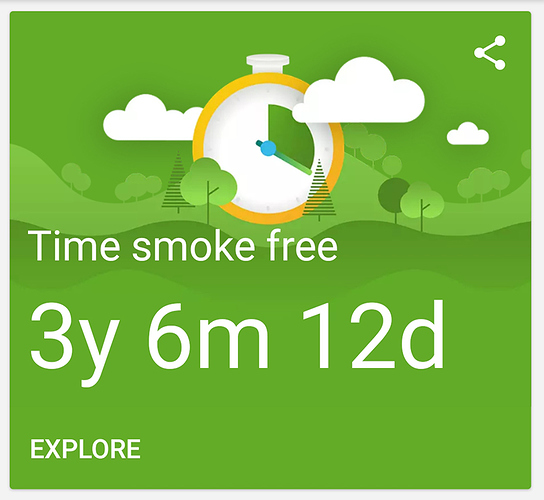 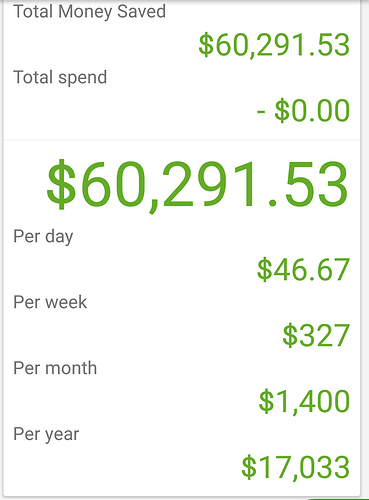 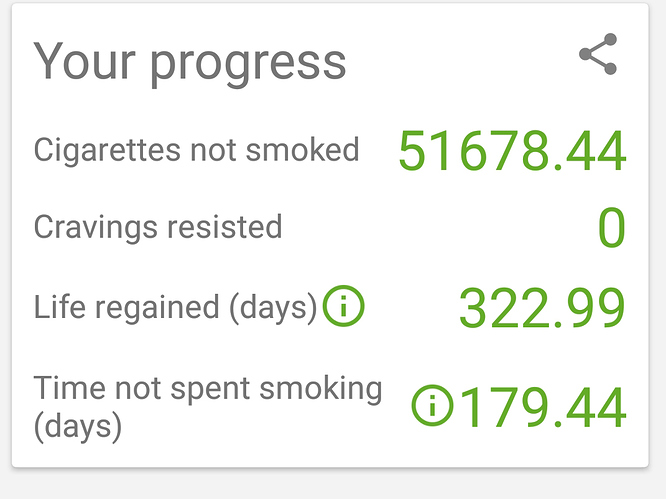 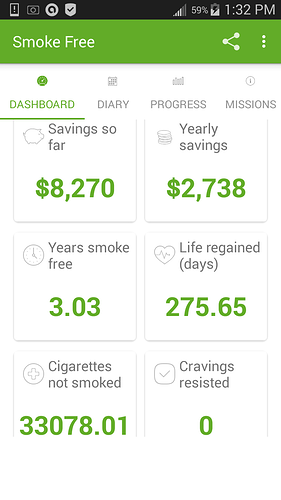 This is data figured at only $5/pack… And only 30 a day (so, it’s conservative on both fronts)

EDIT:
Oh! Disregard the ‘cravings resisted’ crap. I never used that part of the app (as a nanny/journal) lol!
I just powered through cravings, or upped the Nicotine momentarily (via a separate custom mix specifically for those times) as needed!

So ALL cravings are resisted. Some weren’t easy though, especially early in!

5 dollars a pack whoa 3 yrs ago ciggs were almost 10 a pack in Wa State , i wonder what they are today …

One thing I wish they included in the app I use though was “packs”. Since just like I never paid attention to how much I was smoking until I had to crack a new pack… And even then, only briefly as a passing thought usually. =/

33078 sounds like a lot (and it obviously IS), but it just feels disconnected somehow.

A massive eye opener isn’t it. The $60K+ I have saved certainly explains my gear collection

The $60K+ I have saved certainly explains my gear collection

And I think you’re still coming out ahead!! LMAO

It’s hard to pinpoint what I spent on vape related purchases my 1st three yrs., (cause I bought nearly everything new), but over the last 3 yrs I average about $250 to $350 per year on vaping.

I haven’t spent any $$$ for vaping so far this year, but I am on the lookout for a new Lost Vape Triade DNA250C when a good sale comes along.

but I am on the lookout for a new Lost Vape Triade DNA250C when a good sale comes along.

@Pro_Vapes and @TorturedZen keep an eye on the deals section here, someone posted about the 20% off eciggity sale and @TheTinMan later mentioned the Drone DNA250C was well priced with that coupon at like $125 shipped. I scooped up one right away at that price and am as happy as a pig in shit

I have seen it on the Aliexpress app as well from heavensgift for only $109 shipped but I think it is still a preorder for them. The app gives better prices than the website.

The banner I used to track how much I saved went belly up so not sure, I am gonna guess a trillion saved then reinvested in shiny new vape toys

Edit: Mixed up the Triade with the Drone…duh

I did order from HG on AliEx for $105 shipped about an hour ago. The HG Rep said it’ll be in stock on Feb. 23… if he is reliable and if it’s enough in that batch to fill my order… 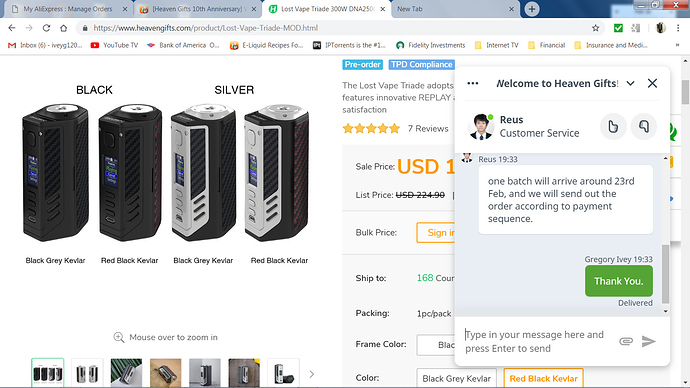 Crap. mixed up the Drone with the Triade, this rain is killing my brain cells

Thanx for the info. I won’t order outside the US so the vendor needs to be American.

I won’t order outside the US

Yep… It’s a crap shoot, Hopefully if it goes left, then Paypal will settle on my side. I screenshot every step in the purchase process and their guarantee.

@woftam congrats on three and a half years smoke free.
That is serious achievement, and a hell of a saving.
Take pleasure in the knowledge that you have effectively and single handedly shagged the Australian government out of thousands of dollars of sin tax, well done Sir.