Not sure who here has bought from this company, but I know if you have you can testify to their customer service. I’ve contacted them twice by email. Both times replies within just a few minutes.

I have my Noisy Cricket II wrapped with one of their skins. I love it. Perfect fit, and nice weight to the film. I also am waiting on a wrap for my Reuleaux DNA 200 - what they call Tamo wood. I’ll show pictures of that once it arrives and I’ve applied. Going to have to do some paint work I think as I’ve been pretty rough on that poor mod. Anyway, here’s the NC, and if you want to look at what they have check out Vapor Skinz 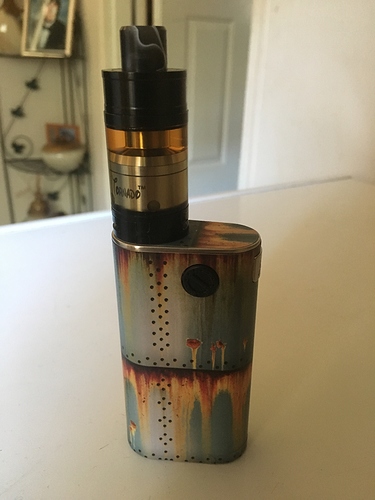 Oh I’ve bought a few from them. Pretty happy with them in general. Thanks. I honestly am scared to take a regulated mod out of the house without one, the finishes are so delicate on them most of the time. The RX200 was the first one I wrapped, because it looked so beat up, but then I started wrapping them very quickly to protect the finish. How is that NCII? I was a huge fan of the original, but I hear that one is quite alot different and much safer than the original. I ordered a pwm mod from @Whiterose0818, but I might have to add one of these as a throwdown pretty soon as well.

Honest Engine - I love it. It’s the only non-TC mod I use.

I was a fan of the original as well and would still be using it were it not for that janky fire button. Frankly I think Wismec should have recalled their lot of those things and sent everyone who owns one a re-designed button. It sucks and I don’t use them anymore. But when they were new…love!

It does a good job not firing for builds too low for the configuration. This is very good when running it in series IMO. If you try to run it with volts too high for your build it simply won’t fire. And how many mods do you know of that have protection which also allows you to run in series or parallel?

I have no hesitation recommending this mod to anyone who loves mechs but wants more control.

I’m going to email them and see if they ship to Ireland for under $30 lol. Those look fucking great.

Yes they do. Forgive my vanity but I had to take another photo outside to show the opposite side from my prior photo. Looks so good in the sunlight! 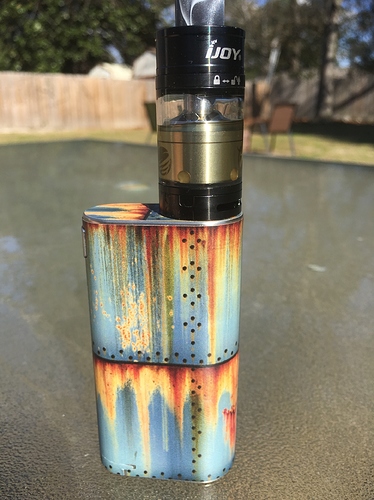 It really does look amazing, top quality job right there

This will help the shipping cost.

SAVE 20% OFF FOR A LIMITED TIME WITH CODE 20OFFNOW…

Not sure if things from the UK are cheap on shipping or not but this company looks to have some nice things.

I seen those ones before and I’m not too keen on them. The ones you got look much better quality. I’ve emailed them and asked about shipping. Does no harm to ask

You sir, are a gent. Thank you very much

Man those wraps look nice. I also like the knocks chips and bumps over time.

One of the most coolest guitars in the world One day I hope my alien chips back to a weird Brushed metal patina. Mind you it’s in a silicone sleeve right now. That’s more about protecting other surfaces that I bash it on. It’s too late to save her anyway she had too many scratches to begin with. I think my alien shedded some of it’s skin the 2nd night after she arrived.

I love a pristine mod too and your wraps are very cool too. I love that rusty look and those ones in the 2nd photo, very nice.

The Rory Gallagher strat is one of my all time favorite guitars. That beat up look just works.

This is from ZapWrapz…it was a gift from @MisterSinner 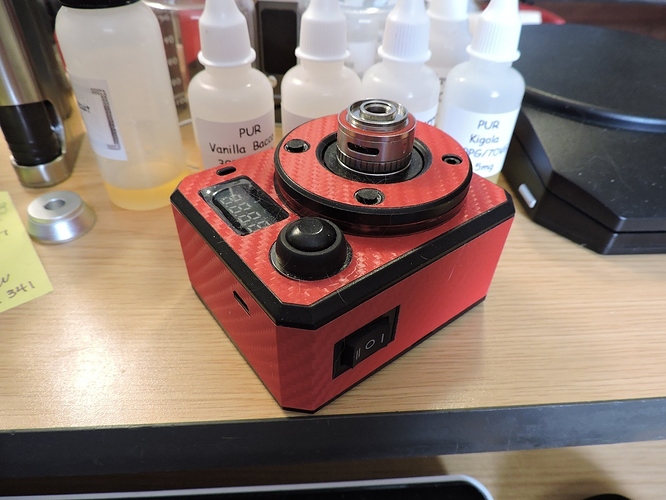 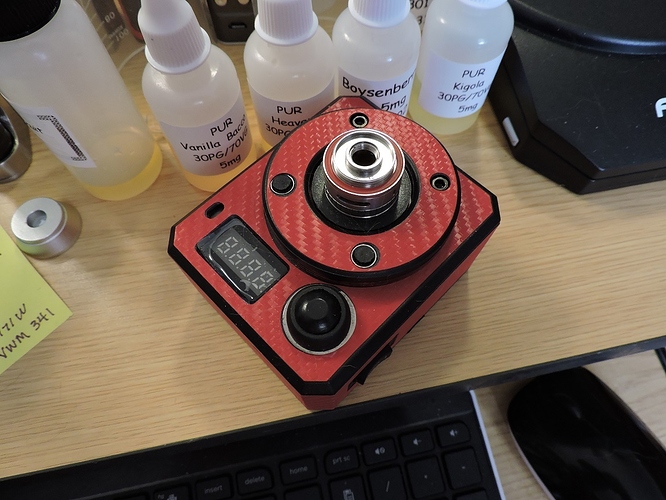 Well they don’t waste any time. $3.99 delivery. That’s less than half the price of that uk company. I approve, I very much approve.

Yes they are very responsive. Let’s get them so busy they take a whole 2 hours to answer an email!

I’m really impressed with that kind of service. I’ll recommend them for that and after seeing how good the wraps look on your mod