Has anyone bought the Voopoo X217 and if so what’s your thoughts.

Just read a review, stating a major issue with this mod.
It was my intention to buy, but the reviewer from https://www.ecigclick.co.uk/voopoo-x217-mod-review/ pulled the top of the mod off removing the cap on the Dead Rabbit RDA. The top base is plastic, held in with screws and as you know, it takes a pull to remove the cap on some RDA’S. Most infact and the screw’s snapped the plastic. I think I’ll swerve this mod until it’s redesigned, as I’m sure there will be alot of unhappy people and returns with this mod!

Gutted really, I was looking forward to purchasing one.

Voopoo’s are collecting mold and flies here… why not go for hardware that is created by Evolv, people who put their heart and soul in creating the best possible device.
Voopoo’s just in it for the money, they don’t give a shit about what happens to you.

Beside mods with evolv or yihi chipsets, if you want to buy a cheaper mods, smoant mods have a lot of positive reviews.

Or ones that you could install an arctic fox software in.

I only have the Drag2 and found it a very solid, well built and stable mod. Plus it can take an absolute hammering.

I don’t use their tanks nor coils as I find them, shit to be fair.
I use the falcon king sub ohm on it when in work on that device.

My main mods are my two Dovpo Dual Topsides which I’m really enjoying.

I don’t need another Mod it just appealed to me astheticly.
But after the review, chance am I buying it.

I am very aware that they’ve made a couple mods that people are happy with but there is something about the company’s “personality” that just doesn’t fit in our community (just google all the voopoo dramas). Most people here at ELR won’t support them in any way or form, especially since there are better devices out there from companies with very likeable “personalities”.

Of course, it’s always up to you to do with your money what you want…but if you think the poo brand is good, just know you can get even better.

Personally I wont touch a voopoo - i find it a bit disconcerting when they brag on their website that they have data mined 11 million chips - do you know what other information they have gotten from your pc when they did that?

It may sound a little paranoid but I do not trust them as a company and would never give them an opportunity to get any information from me so I will never own a voopoo no matter how good/bad they are, they are not (imho) trustworthy. 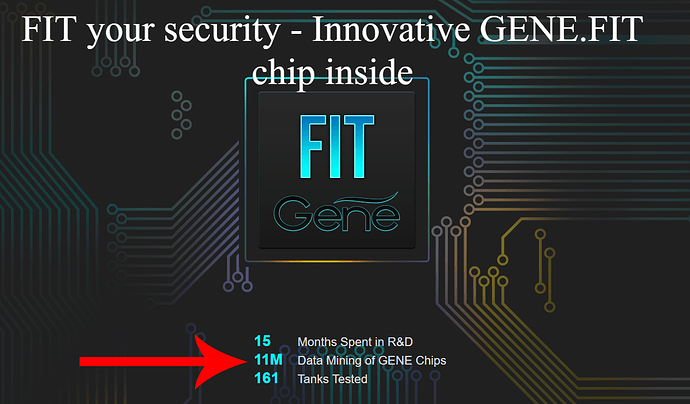 I’ve never stuck it in the PC. I just use wattage mode and that’s it. Don’t need all these TC controls etc

No just the Drag2, that’s the only Voopoo. The good old Drag has been through, bashing, dropped and survived, more that what a plastic Smok would have done. I think Smok’s are the weakest links in the vape world. I love the Dovpo Dual Topsides

Like I said, it’s up to you what you spend your money on and I’m not going to judge you for it.
I just wanted to give a little hint about the company behind it and they really don’t give an effing bleep about you while there are several reputable companies that do. If you just want a sturdy, durable mod that stands the test of time, there are even better examples than anything that the poo company has brought out.
Companies that don’t purposely target children in their marketing campaigns, that don’t work with others simply to steal their ideas and then try to crush their competition, that don’t hand out freebies and refuse to send them, companies that don’t ignore privacy rules and steal personal information, … the list goes on.

This one for example, is a good alternative if you’re looking for something durable

Yeah I’ve looked at that Mod. I’ll definitely stick with my Topsides though.
Have you tried this Mod?

What’s the difference between Voopoo and Geekvape. They’re both Chinese

Most MOD companies are Chinese but that doesn’t mean they’re all the same. You don’t only have differences in quality of the products but the company behind it matters too.

Geekvape has some moral values while Voopoo doesn’t. Geekvape doesn’t get caught up in every possible drama while Voopoo does.
Only the fact that they market their products to children is so damaging to the whole vaping community worldwide that it should trigger red flashing alarms to every possible vaper in the world. And that’s just 1 thing of a long list of complaints one can find about Voopoo…

I don’t own an Aegis but I’ll probably get on because I’m spending way more time at the beach since I started kite surfing and my good DNA’s don’t like sand or water all that much.
There are plenty reviews and I haven’t heard or seen many complaints. They’re just indestructible with normal use and definitely perform well in VW. The only downside is that they’re a little bulkier and heavier than your regular flimsy mod.

I wouldn’t go near a VooPoo with somebody else’s, The company doesnt deserve your custom and they do the vaping industry no good at all.
Plus one for the Aegis though, I’ve used 2 everyday at work, I’m in the event industry, I’ve broken myself more times over the last year than my Aegis’s have gained scratches, awesome machines.
Just as a side note, a guy from work bought the X217, it looks and feels more like a WoodyVapes device, I know they now own WoodyVapes and that’s a shame because I used to really dig them but it felt very big and very different from any VooPoo device I’ve had.

Disagree about the Drag2. Solid build and brilliant peice of kit. Set aside your gripes with the company.
The tanks and other Mods maybe shit. But the Drag2 with my falcon king on top performs superbly.
I discussed the issues with lads at my Vape shop and they’ve advised me of the boycott Voopoo issues.
I’m happy with the Drag as I’ve said, solid kit, my mates lasted him ages, forever dropping it.
I’ve got my two dual topsides, so I’ve decided with them and the Drag it’s all I need. Plus I’m getting it in the ear off the Mrs. “Are you starting a collection” lol

The X217 has a little bit of a power thing going on. It needs a bump up in wattage to perform like some other mods. If you like about 45 watts, better bump it up to about 52 or 53 for the same kind of vape. The only other gripe is some of the battery eating (kind of unnecessary) clocks, lights, wallpapers.

I never said there’s anything wrong with VooPoos devices, in fact the Drag is a pretty well proven mod, but I’m a reviewer and they absolutely took a huge shit on another reviewer, the way they conduct themselves does absolutely no favours to the vaping industry as a whole, THATS why we boycott them, shit people, shit company, and you’ll get a simliar reaction from a lot of people, but then you’ll also get an opposite reaction from some that don’t care about it, usually because they have a Drag and love it and have had no dealings with their customer services nor have any affiliation to other reviewers…

Why what did they do?

Screwing people over
Marketing to kids

Aside from bad customer service, poor ethics and marketing to kids I am sure they are fine but many of us choose to not give them our hard earned $$ for any one/all of these reasons