With the PMTA regulations rolling out, it occurs to me how much potential innovation is being lost. It seems like the ‘form-factor’ of ENDS never reached their ‘ultimate form’. They’re currently in a process of transition, moving to open systems to pod/aio’s, while being regulated out of existence.

One of my favorite mod setups is an EhPro101 with a 18350 battery configuration. It wouldn’t last all day, it probably has 800 mah tops, but I much prefer compact form-factor mods in appearance. Another new one is the ThinkVape Zeta, a cheap billet box clone with an RBA, external battery. A very streamlined, compact device.

Looking at the AIO’s coming out, these tiny devices that have something like 1600 mah rated internal battery really makes me wonder…Not sure, but some have to be using proprietary 18350’s. Why were regulated devices were never designed into the 18350 configuration, emphasizing an industry push on improving the quality and safety of the batteries themselves? There’s like 4 of them, the Ehpro, the Cthulhu, some european mod, and another variation of the billet box.

It’s sort of strange that an entire industry cropped up around the usage of these specific batteries which are mainly used for laptops, flashlights, powertools, etc. and no significant improvements were made. 21700 mods became popular, I’ve a few myself, but for some reason only AIO disposable pod manufacturers are able to source 18350 batteries with decent capacity and design systems that only use them internally?

Seems Weird, or it’s just me?

With the PMTA regulations rolling out, it occurs to me how much potential innovation is being lost.

Lost to the US market perhaps but the rest of the world keeps moving on.

Why were regulated devices were never designed into the 18350 configuration, emphasizing an industry push on improving the quality and safety of the batteries themselves?

The e-cigarette market is minuscule for battery producers. Innovation keeps being pushed by the rest of the markets. There is a high need not only for batteries in general but for a new revolution in technology away from the Li-Ion tech and scientists all over the world are continuously pushing for the next break-through. There are a few new ones already that are being considered for production that should be cheaper to produce, safer and have an even higher energy density than our current batteries.
I’ve read that the demand alone for electrical cars outweighs the amount of Lithium (or one of its other ingredients) on this planet so this is a rather urgent need.

Seems Weird, or it’s just me?

I think if you’d subscribe to news articles regarding batteries, you’d see a lot of things are happening and progress is made every day. It’s not just innovation in batteries but also innovation in energy production, like this device that generates electricity from the moisture in the air, which will possibly even replace a regular battery in smart phones in the future. 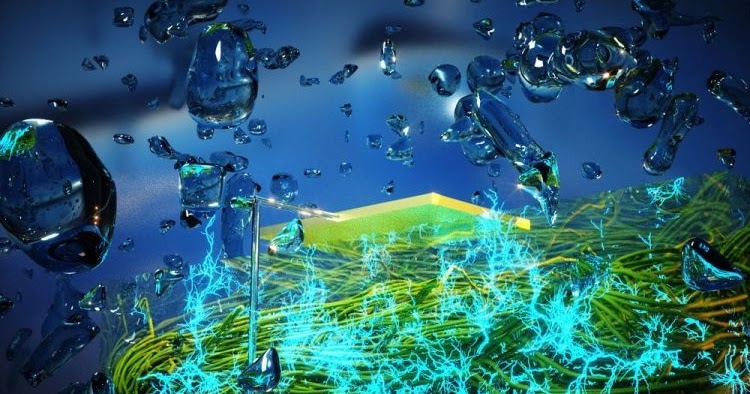 New device generates electricity from moisture in the air

In the race for renewable energies, engineers are redoubling their inventiveness to find and exploit the energies freely available from the environment. But sometimes it's nature itself that gives scientists a boost. This is particularly the case of...

A vaping ban is not going to stop innovation at all, maybe you’ll have a little less access to it in the US but the world is going to keep spinning for sure.

It is more the trend that ‘where the U.S.A. goes, the rest of the world will follow’. I already have perceived a shift in the market away from open devices, and a lot less product variety in general. The flood of products that are released has slowed to a trickle, if not a complete halt.

My other title for this thread would have been ‘Overlooked Hardware’ because imo some of the best products released lately have been ‘lost in the shuffle’ so to speak. I’ve ordered directly from several Chinese retailers and I definitely see a ‘vaping window’ period that is coming to a close. Losing the biggest chunk of the consumer market is going to affect an industry, no matter how you cut it.

I don’t want to delve into conspiracies too much. I try to avoid those topics and let ppl believe what they want to believe, but I honestly question how much technology is being currently suppressed by the government. A few years ago there was going to be a portable battery released that could power an entire house, and the thing just quietly vanished. I’d read an article about the invention of some kind of glass battery awhile back, that actually gained entropy from usage. I predict such an invention will also never see the light of day.

We’ve seen the kind of machinery that can be put into motion by the government’s massive propaganda machine in concern to vaping. How they can literally sway the majority of the public opinion to be whatever they want it to be just through simple repetition. That’s just VAPING, mind you, an industry that hardly threatens anyone or anything else’s existence. Pretending the government is some magnanimous entity that is here to hand out the goodies and make sure everybody is kept safe is farcical at this point. Observably, the exact opposite is true. The government does everything possible to deceive, manipulate, and exploit it’s population and in fact are through their internal corruption the greatest danger and destructive force to their own people that exists.

I was mainly wondering why closed system AIO’s got all the good 18350’s, though. The highest end-user 18350 is 1100 mah (I checked) when you have these little pods systems like the SMOK Grifter or whatever it is with a 1600 mah. They have lipo’s in them?

I like compact, been happy with my two eleaf Pico 25. Will probably get a Pico X at some point . Would not mind recommendations for cheap, decent enough TC, single battery or internal lipo, usb chargeable mods.

That’s what I mean, there were so many products so fast, and now everything is a pod device lol. I actually have a Pico X, kinda an impulse buy but I think it’s a great mod. It weighs about 2oz. and gives me the impression it’s going to keep working for a decade at least. Have it with a moonshot, it’s a cool little setup.

very easy to coil and does not leak, flavor is good enought that I seem to use a third of what other do for flavours. I have one of the elusive blue ones on top of that. Supposedly original rather than clone.
Should try to scavenge another one.

I know that the diy community isnt the only one to loose tech…
I know my boss showed me a 6 filtered tank big tobacco was going to put out, and that was 3 yrs ago…
It wont make the pmtas and it was not up for sale before the regs came out…

lots of things did not/will not…

near extinction of 18350 was caused by the lack of demand when peps desired more amp and mah and moved on to 18650 and 2x700 now. Think the reintroduction of smaller devices found w/ pods used for stealth would overtime bring back those but thats up to device manufacturers to see the need, for us to buy 'em and batt manuf.to say well shit best we make more of em. @SuperFrog smm on 21700 pico as pocket mod ftw!