I hope everyone is staying safe… roads have been very bad for days! 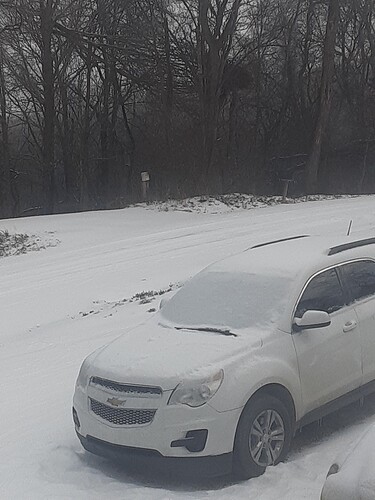 Already it’s started to cool down plenty: we haven’t had a 20°C+ day in weeks now.

out my office window 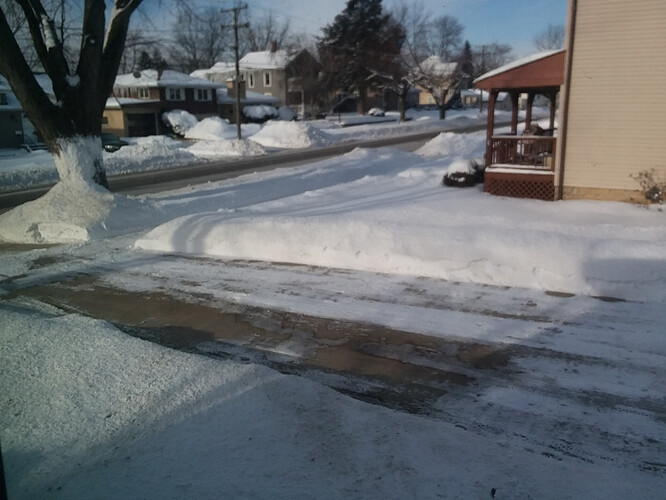 out my kitchen window. this is the most snow we have had in many years. 2’+ in the last 2 weeks. 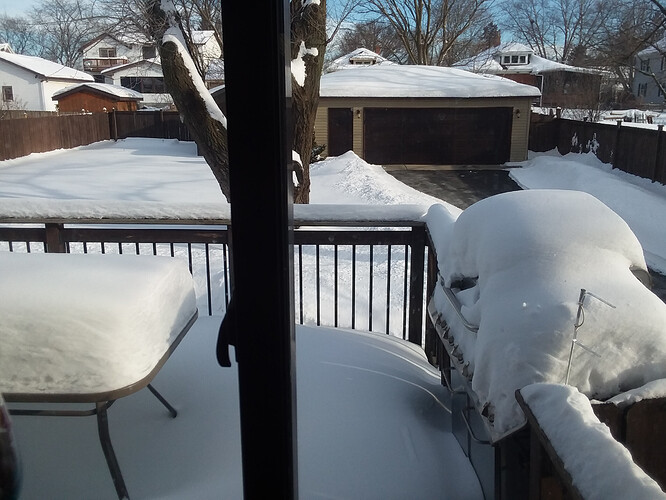 this is the most snow we have had in many years. 2"+ in the laast 2 weeks.

Ha! You have never been through a mid-west winter. Have had to cut paths in the snow in my lawn for the dog to do her thing. About 17" in last week. Temperature hasn’t been over 8 deg in last 2 weeks. March is our heavy snow month.

Ha! You have never been through a mid-west winter. Have had to cut paths in the snow in my lawn for the dog to do her thing. About 17" in last week. Temperature hasn’t been over 8 deg in last 2 weeks. March is our heavy snow month.

lol, that is a typo, should be 2’ = see pics. i am midwest, far sw sub Shitcago. grew up 2 miles south of Midway airport. where are you ? March is when the snow/cold start to break here. next week it is supposed to be in the 30’s.

North West of the city. Grew up in Skokie. Moved to a town called Gilberts about 45 years ago. Between Elgin and Huntley. About 45 minutes to hour from the loop. Retired and would move to warmer climate’s but my boss won’t leave family.

Sorry, I had to do it. Lots of love from Los Angeles. 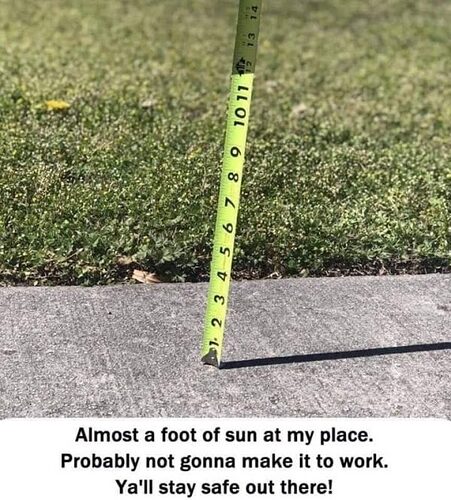 Hey man…
That’s not even funny…
LMAO!
looks nice to be where u r!

It’s 61° and blue skies. The wind is up to 25mph though. The trees are moving pretty good today.

Message for you from the north pole… 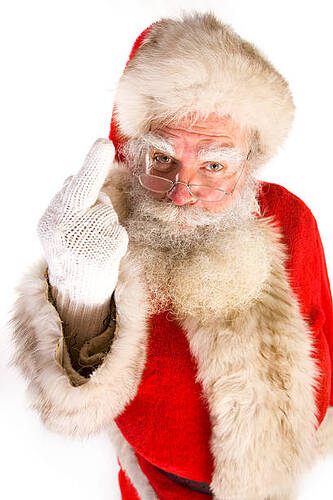 I talked to one of my nieces in Chicago last weekend, in a southern suburb (near where I grew up) and she said they had about 12 to 15 inches. She works from home, so is doing fine.

I remember the blizzard of 1967. Was a fun time. Spent the night at school because it came down so fast. Walked home the next morning and the snow had drifted against the sides of our house. My parents let me in my bedroom window on the second floor of our tri-level home because all of the snow had drifted too high against the doors to be able to get into the house. Made tons of money shoveling walks over the next week. Also took the sled to the grocery store to pick up milk and needed supplies for some of our neighbors because no one could drive for a couple of days. It is a very fond memory.

We got power about an hour ago. About 66 hours without power, temp below 20°F, snow/freezing rain mix. No cell phone service after about 30 hours. Night one wasn’t too bad as the house still had some heat energy. The second night was very cold inside and out. I’m really glad I bought those little LED pop-up lanterns Friday. I clipped them to the chain on the ceiling fans and they lit the room good enough. I hope our power stays for awhile, they are doing rolling black-outs. I guess ours was just broken because they didn’t roll any power to us. I live in the Houston/Galveston area in Texas. Over a million people have been without power. Usually when we lose power it’s isolated to a few neighborhoods or less. This outage has been almost the entirety of three cities, maybe more now, I haven’t been able to get the news. We usually only freeze for one night maybe two in a bad year. The people aren’t prepared for this. The houses aren’t built with sustained freezing in mind. Even the clothing here is a much lighter weight overall than up North. You can’t buy car or
truck batteriess with a proper high cranking Amps here, no one will stock them and they don’t even come in the new vehicles like they do up North in the USA. A snow scraper… What’s that? Lines aren’t buried deep enough. Power lines run through the trees. I’ve never seen a bag of salt around here. I could probably keep going but I think I’ve painted somewhat of a picture. I’m absolutely not complaining, my family are all doing well and my water pipes are still intact. I’ve heard that you can’t even get a plumber to answer a call because they already have more work than they can handle. Guy across the street went to find supplies yesterday morning when it warmed quite a bit. When he came home there was water flowing out of all his doors. He had just completely remodeled with new hardwood floors and new carpets and all new furniture. Ouch! That’s been our biggest fear. I think tommorow is supposed to rain all day and get cold again.

Already it’s started to cool down plenty: we haven’t had a 20°C+ day in weeks now.

Thanks, I have been. I went from a very small trickle, to a big trickle after my neighbors disasters. We thought about shutting the water off and opening the faucets but I wasn’t sure if that would be better or have it’s own risk? I just checked the pressure and made sure they were still trickling every hour or so. It is currently warmed up all the way to 36°F right now at 10:30pm CST (GMT-6) but it’s supposed to dip again by 6am.

Glad you’re daughter is doing fine. Lake effect snow can be a killer. Living in the Fox Valley the heavy snow missed us. Still had about 7 inches of new snow. It’s been single digits temperature for almost three weeks and now and snowing almost every other day. All fluffy snow because of the cold temperature. If I added up all the snow in the three weeks probably a little over three feet.

I had two charges and 6 batteries charging. I was just fixing to plug in my third charger and we lost the power again🙁