I thought this would be just a neat little feedback idea, just for fun. There are some flavors I really wish I had, or were more easily accessible from the standard group of vendors, and wanted to know everyone’s opinions here as well. It doesn’t have to be a ‘single ingredient’ type flavor idea, if you want a Chocolate Banana Raspberry Cake flavor, just say so. You can also list the flavor manufacturer that you think would be best suited to pull off the flavor, if you want. Just for fun, if the flavor already exists, so be it.

Me: Personally, I would like a Blue Agave (light golden) Syrup flavor. If you haven’t used it before, it’s light golden, (there are varying colors and strengths) with a slight honey sweetness, and at the end tastes similar to a toasted marshmallow. I use it as sweetener and love what it does for teas and cappuccinos. Whether this could translate well into concentrate, I don’t know, but it would be neat. Amber or Dark would be more flavorful and caramel-like.

Also, a Cashew Butter flavor would be really yummy. I think WF could probably pull it off nicely as their Cashew SC flavor is really soft and delicious.

I’ve given up hope that it will ever happen.

I’d love to see a vanilla soy chai tea made! Maybe Flavorah could pull this off. Or even a sweet soy milk too. Possibly Real Flavor could get this one

I’m not weird or anything but I’d like a raisin concentrate. Sue me; I like them. If one exists, let me know. I’ve never seen one anyway.

TPA has a raisin concentrate. I use it to kill

Have you tried making your own? Personally I’m gonna try to make my own chai tea extract.

I know I have seen a few raisin concentrates in my searches besides TPA. I’ll find them and let you know

Nature’s Flavors has it. I have only used the Organic Butter flavor from them, thanks to R113, but it is really good. They are pretty darn potent flavors. I imagine it would be pretty different from the TPA version. I would really like to try a good Raisin flavor as well.

I have, but it hasn’t worked out so far. I may go back and try again at some point, but honestly I can’t be bothered right now. That’s too much work. I want someone else to do the work for me and give it to me ultra-concentrated in a bottle.

Not sure if it’d be good, hell it’d be impossible to even make a comparison. The description on the box is straight forward but the balance was perfect. Not sure if I should remember it because they discontinued it when I was 4 years old but I do. I even remember the commercial with the cereal explosion. Honestly I just want to eat it again. 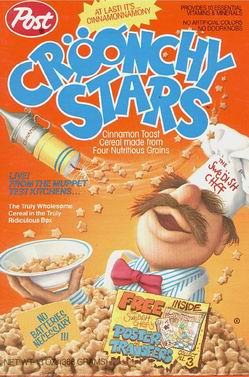 Am I odd to think that something like extra virgin olive oil would make an interesting counterbalance in some recipes? It’s a little nutty, a little floral sweet, and not always used in savory dishes in real life…

Well yes you are “ODD” but the rasin did it. I love olive oil

How about a little humor.

Have you tried the INW teas or DIY your own teas?

Yes, yes and more YES! It annoys me that every tea flavoring i have tried has tasting nothing like real tea, not even when tastes in water.

For me it is Thimble-fracking-berry. For years i have begged for it and tried to make my own. MMmmMM

The cereal suggestions made me think of this… I suppose I could probably get close to cracklin’ oat bran with multiple flavors but one single flavor would be awesome!

Just checked the info on the cereal… Oats + brown sugar, cinnamon, and nutmeg. Who makes a good nutmeg…?