What's changed for you?

That is a good question! As on my birthday of the 6 years vaping today!! The first 6 month of vaping i was in search for satisfying vape, during that time my life was a big mess i would say, not working and wondering again what i would do for a living, those where the ego days, during that first year i discover halo juice and hardware, became one of the first distributor in my state, i was on my way to open a store, i back out, hesitation in business is no business… any way during that year i then found my adv in a juice that not only add a name that inspire but was at the time and for 3 years like an obsession to me, ‘’philosopher stone ‘’ was the juice, it is the reason i felt in to DIY mixing, but doing so opened new doors to my taste, an just as i was letting go on the goal of replicating that juice i finally found a decent mix, my quest isn’t over yet at the same time my wife was craving for halo tribeca, so a lot have change in those last 6 years, got older, my hairs are going, diabetes is getting worse, in the positive there is my grandchild’s! And im feeling a bit wiser… so thanks for asking a lot have change! (Sorry for my writings it is not a google translation it is a jc translation) ho and by the way merry chrismas to all of you! The best community i found, im not writting a lot but i read you a lot!

Not much different than when I started. 5 years ago I started out trying to replicate the pastries and nut blends that I was buying commercially but could no longer find. About a year later added custards to the list. This year started toying with tobaccos. Never have cared for straight fruits but try them occasionally.

Still only regulated mods because I’m just too damn lazy to mess with mech’s. Atty’s are constantly changing just because when I find one I really like, they quit making it.

When I started vaping 4 years and 15 days ago, I went straight onto store bought single fruits, ginger soda, menthol and strawberries & cream. Used to buy 24mg and flavor “boosted” and then cut it down with more PG/VG so I could get my required 12mg juice for half price so to speak. I was in heaven

Time passes and I stopped tasting strawberries and started gravitating towards single butterscotches, apple pies, vanillas and energy drinks. Then one day I suddenly realised the store boughts weren’t doing it for me and seeing as I already had (limited) experience with measuring/mixing and I had PG and VG and pipettes etc, all I had to do was learn about mixing with nicotine and I could be making my own. That of course led me here to this wonderful place

Fast forward to today and I’m mixing my own juice and having so much fun trying out a lot of different profiles. Still have trouble with blueberry (even though I continue to buy different flavors in my quest) and strawberry (even though FLV Alpine SB works for me). I actually have a Strawberry Milk recipe (can’t remember the exact details of it though) from @anon84779643 that’s been steeping since the 5th May this year. The plan was to let it sit for at least 9 months before trying it (just as an experiment) so tasting time’s not far away

But I seem to be a “bakery” sort of guy I reckon. Never cared for them in the early days but now I can’t get enough of them custard, biscuit and cheesecake mixes. So what I’m saying is my tastes, pretty much like most, have gradually changed over the years as the taste buds have changed. What I can say though is I never liked tobacco vapes when I started and I don’t like them now. Meh, just one of those things I suppose. OK, too much time and space taken up here. Gotta dash. Cheers…

I do not think I can wait your 9 months lolol go ahead and try it now!! 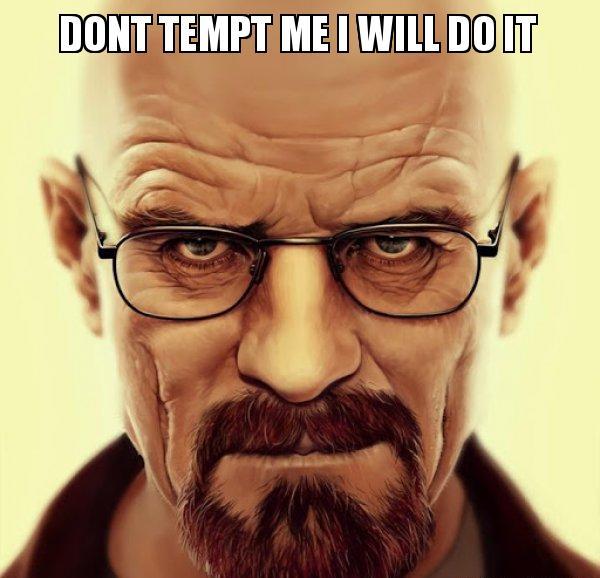 Great thread so far! Didn’t expect it to grow legs like this. I thought I was the oddball, maybe I’m not so much after all.

Great idea. I chucked all my stash and PG (more than 2 years old) so now I don’t have any PG. When I start to purchase my SF’s I will include a small bottle of new PG. Wonder if age effects PG as to harshness.

I’ve gone around and around with a lot of flavors and profiles, yet my wife really hasn’t. She still likes the same sorts of fruits and dislikes the same bakery/creams. Her tastes haven’t really changed at all.

Like everyone else, my tastes have changed over 3 years. What’s been interesting was I started out not liking much at all. I was DIYing 2 months after I started, trying all the usual suspects. In the last 6 months I’ve found that I enjoy just about everything I try…it’s really weird. No matter what it is, if I vape enough of it I start to like it. Not a bad problem to have.

Not a bad problem to have.

Not a bad problem to have at all! I am certain I could provide you with a few of my ‘misses’ that you would not grow to love! Some real drain cleaners.

banana and finding one that didn’t taste like candy

That was the opposite one for me! Among the first juices I ever vaped when I first started out was one called Banana Candy, I can’t recall the vendor but probably VapeWild. Loving banana candy, but not really ‘natural’ banana as much, that was one of my first DIY targets. I have probably 6 different bananas and not one of them is candy to me. All are natural, like an actual banana. I suppose it was greatly enhanced with sweeteners which explains the bracing sweetness of the candy style flavor I was seeking. But to wrap that up, while you found banana concentrates to be too artificial, I found them too natural.

As for nic, I started at 6mg at the recommendation of the shop (I knew nothing about vaping and any of the assorted variables). It was fine but I decided to ramp down to eventually be at 0. So I backed off the 3, then 0. After a month or so, I decided I missed the nic (not addicted, just liked it, like caffeine). So I went back to 3 and have been there for years now.

Freebase eventually got so harsh I was about to quit altogether until I tried salts. So for a couple years now, I’ve been at 3mg salts and in my happy place. Wife followed that same ride with me on that.

I’d definitely give it a try. There are medical records that state which % of the population is allergic or hypersensitive to PG and it appears to me that a lot more people on this forum are sensitive to PG than those records show.

It could be that it’s just a very specific crowd on this forum… or it could just be that too many people too easily point to possible PG sensitivities when people complain about some symptoms. Psychology is a weird things and most people don’t really put it to a scientific test.
I was in the latter group as well but once I tried it specifically I soon found out that PG has zero effect on me. Either I just had to get used to vaping after smoking or I had a sensitivity to a specific flavor ingredient… and I still haven’t pinpointed exactly what my sensitivities were, just that it’s not PG related.

I’m fairly certain I’ve self-cursed myself.
I have been on the strawberry-can’t-taste-shit quest for so long it would impress Arthur and his knights. Alas, to that end other profiles just don’t do much for me. Sure, I like me some 'tards and some bakery profiles but I shall not be swayed until that perfect albeit imaginary strawberry juice has revealed itself.

I had a colleague who also vaped. For two years he happily took and vaped everything I didn’t like, including some seriously nasty stuff. He saved a lot of money and I was able to feel good about giving it away instead of dumping it.

he happily took and vaped everything I didn’t like, including some seriously nasty stuff.

I have a friend like that. I don’t understand… not even a little. Like you, I have given him some pretty nasty stuff but as long as there is 6mg of nic he is golden (his words) lol

I still haven’t pinpointed exactly what my sensitivities were

I’m just starting. I know that old and probably new PG will irritate my throat. I just started vaping VG mixed with alcohol based LA Cream Cheese Icing. I have found that this alcohol causes a distinct allergic reaction but not as intense as PG. The allergy reaction is accumulative when vaping CCI’g (ie irritation not apparent the first few minutes but after a while the irritation manifests itself.). According to LA, the base is “alcohol” in the chart below*. The chart differentiates between alcohol and ethyl. I don’t know if these are the same or not. I have read that the only “alcohol” we should vape is ethanol. LA and chart very confusing. I read the new CCI’g product information from LA, claims that the base in now ethyl alcohol. I wonder if LA is putting two types of alcohol in this flavoring. Anyway I need to do more testing before I invest any money in ethanol based (partly based as in Nude Nicotine’s formulations) flavors.

I have that problem with blueberry nag dabbit.

I’m still the same as on day 1… I change flavors several times a day, don’t have an ADV and I keep mixing new recipes out of curiosity.

Me too!
Still mostly fruits, vanilla & cookie tho, with custard thrown in for hubby