Which is the best performance Tesiyi vs Efest vs MXJO?

The blanks show that the temperature is so
high that is dangerous to use.
From the table, we can see that Tesiyi will be keep cooler than the other two when discharging
at the same current, which I believe will result in longer life battery.
Hot batteries wear faster and life is cut short.

Personally when it comes to 18650’s i’d only buy samsung, lg, sanyo/panasonic, sony. I mean any other off brand is typically just a re-wrap of one of those brands anyways.

Right on they’re def hard to beat. I do feel like you get more charges outa the 25r but could be just in my head. Haven’t actually tested em or anything. But how you like the kbox200 i’m a kanger fan but that battery door was always a turn off.

Its alright, i dont use it in tc tho, only power. Not really a fan of tc with it, havent used tc before with other devices either just stuck to kanthal in power pretty much… Not much to say really it seems a bit basic compared to something like lets say a dna200 setup but in power it does what its supposed to

my only experience with it in tc was using 22g Ti and i just felt it wasnt for me i actually preferred the 24g kanthal in power setting lol guess i just like a hotter vape.

Another vote for 25R5s. When it comes to subohm, it’s all about the battery internal series resistance. 25R5s are a bit better than VTC5s. 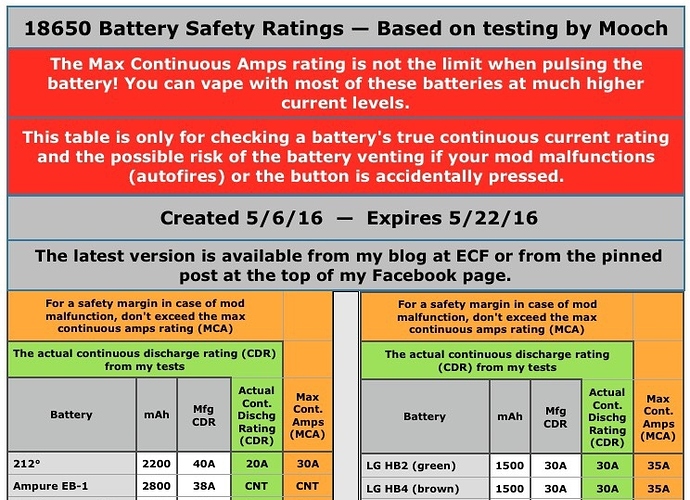 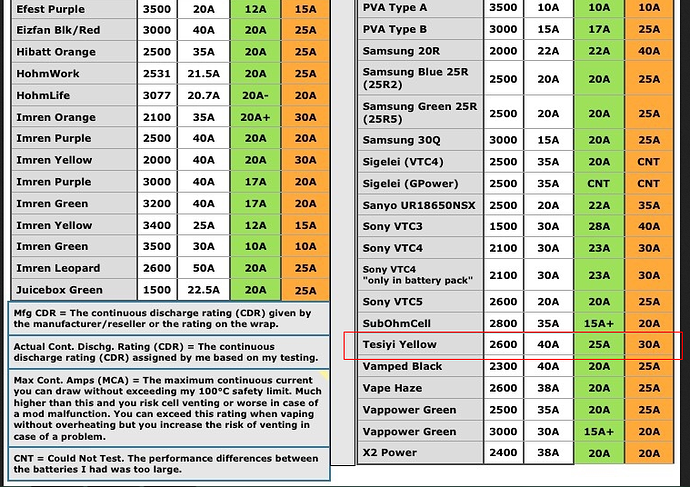 Right bud and its the green line that is the tested continuous amp (the real amperage) the white is what the manufacture says it is. Like as an example look at any of the efeast batteries it’s the same the white is the manufacture amps thats obviously wrong and the right amps that was tested is green. But also seems that mooch recently retested the tesiyi batteries and its now showing as a 2500mah/25 amp battery. So its the same as the vtc5a battery could be the same honestly. Also by looking at all your past posts you really seem to be pushing these tesiyi batteries. Hmm I wounder why?