Why CAN'T you vape, rap, dance, and scale road signs?

A shirtless man wearing only underwear shuts down several lanes of the southbound 110 Freeway during morning rush hour Wednesday after he scales an exit sign, unfurls political banners and begins vaping, dancing and shouting from a bullhorn.

A shirtless man wearing boxer shorts shut down the southbound lanes of the 110 Freeway in downtown Los Angeles for two hours Wednesday morning after he scaled an exit sign, unfurled political banners and began vaping, dancing and shouting from a bullhorn. 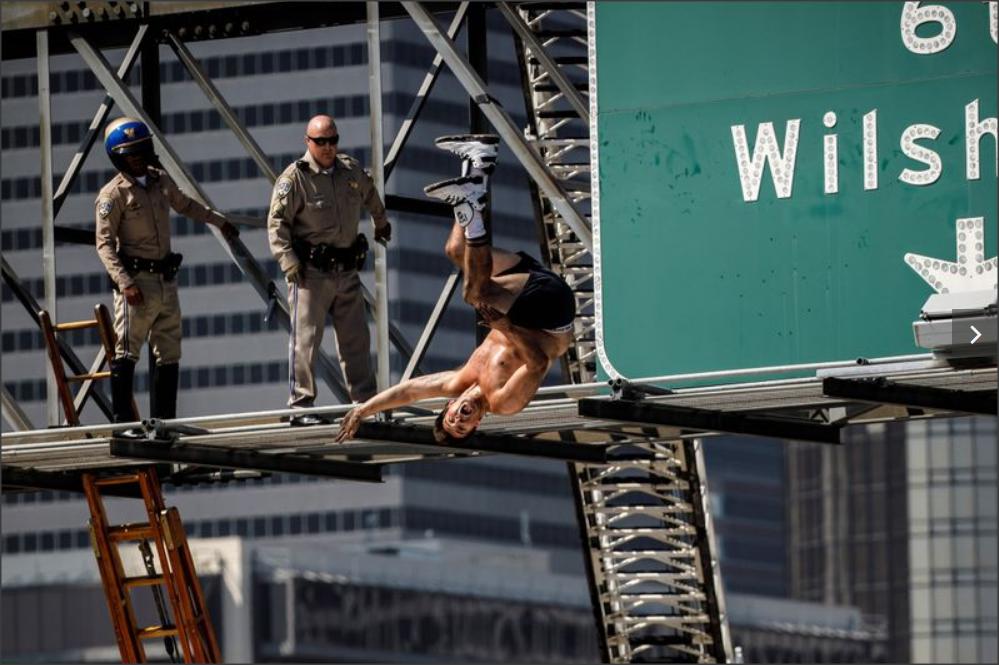 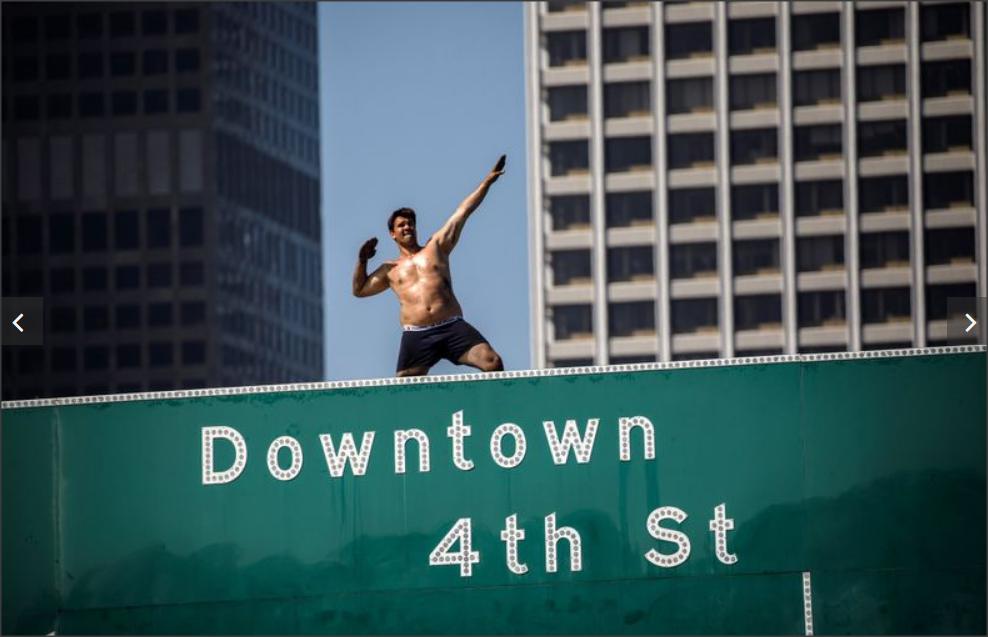 If you ask me, that’s an intentional poke at vaping. If he was smoking a ciggy would they have headlined it? No. They protray him as a deranged clown, and in that vein, decide to make sure they mention that the deranged clown vapes. Bad vaping!!! Look what it does to you…

It might have been a poke, might not, I’m not 100% sure, just saw the story, read it and thought, “Wow, climb a sign, hang some political stuff, vape, rap, sing, dance, why not” LOL.

Stories like this brighten up the usual depressing news bulletins

Meth is a helluva drug…

OK, OK, so technically there was ZERO mention of any drugs ingested, but in my years of living amongst the drug-addled, this just reeks (no pun intended) of a meth-head move. Either that, or he pounded one too many Red Bulls this morning…

You never know, he might have just stumbled onto a mind blowing ADV. If I stumble onto one myself, I’m not taking anything off the table !!!

I mean, yeah…I’ve definitely had some juices that produce a “WOWOW!!!” but I’ve never had one strip-down-to-the-skivvies-climb-a-freeway-sign-and-rap-thru-a-bullhorn good. Damn. I must be missing out!!

Man on Wire is a 2008 British-American biographical documentary film directed by James Marsh. The film chronicles Philippe Petit’s 1974 high-wire walk between the Twin Towers of New York’s World Trade Center. It is based on Petit’s book, To Reach the Clouds, released in paperback with the title Man on Wire.

“He’s getting his point across, getting attention,” Session said.
“Whatever it is, I’m with him.”

Edit: if you’ve not watched it , man on wire was a very good documentary

The war on dancing has begun!

Quick! Call Kevin Bacon-He’ll save us!!!

We need to find that dude and invite him to ELR. We wanna vape what he’s vapin’ …well maybe he knows the % and temp to dissolve an eight-ball in VG. That guy needs a Vape Juice Sponsor!

We need to find that dude and invite him to ELR. We wanna vape what he’s vapin’ …well maybe he knows the % and temp to dissolve an eight-ball in VG. That guy needs a Vape Juice Sponsor!