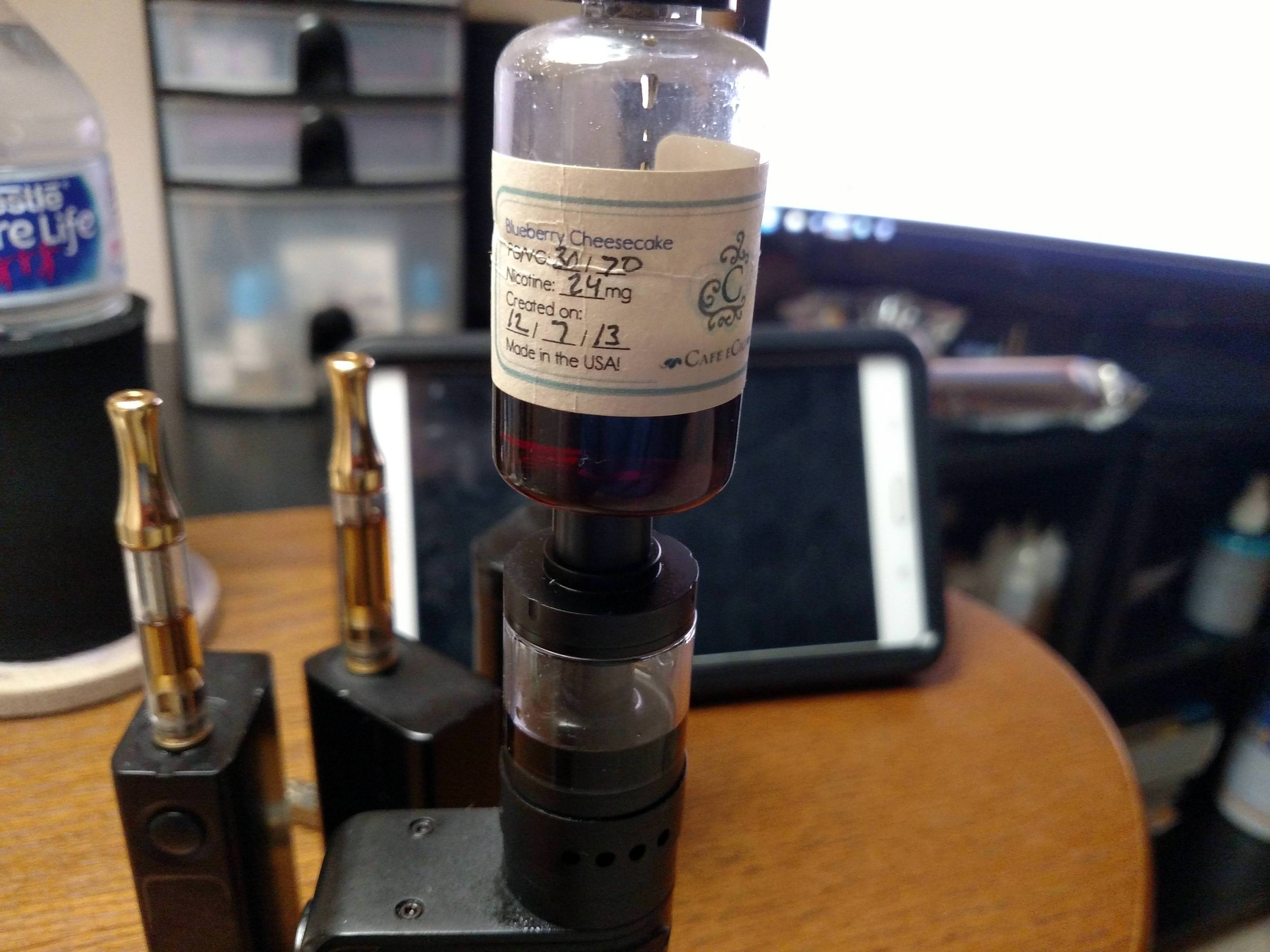 She was hardcore with her eGo/Evod combo, hehe. Believe it or not it still smells exactly as i remember it. This was the flavor that removed tobacco from my life and helped to do the same for my wife.

Behind it, to the blurry left, in the bottom drawer are some pretty old MTBaker Vapor bottles of various flavors. Also has some Gunner’s Gold bottles as well. (Blake, d00d, To0nMaN here, how about that Guinevere’s Guava recipe?) 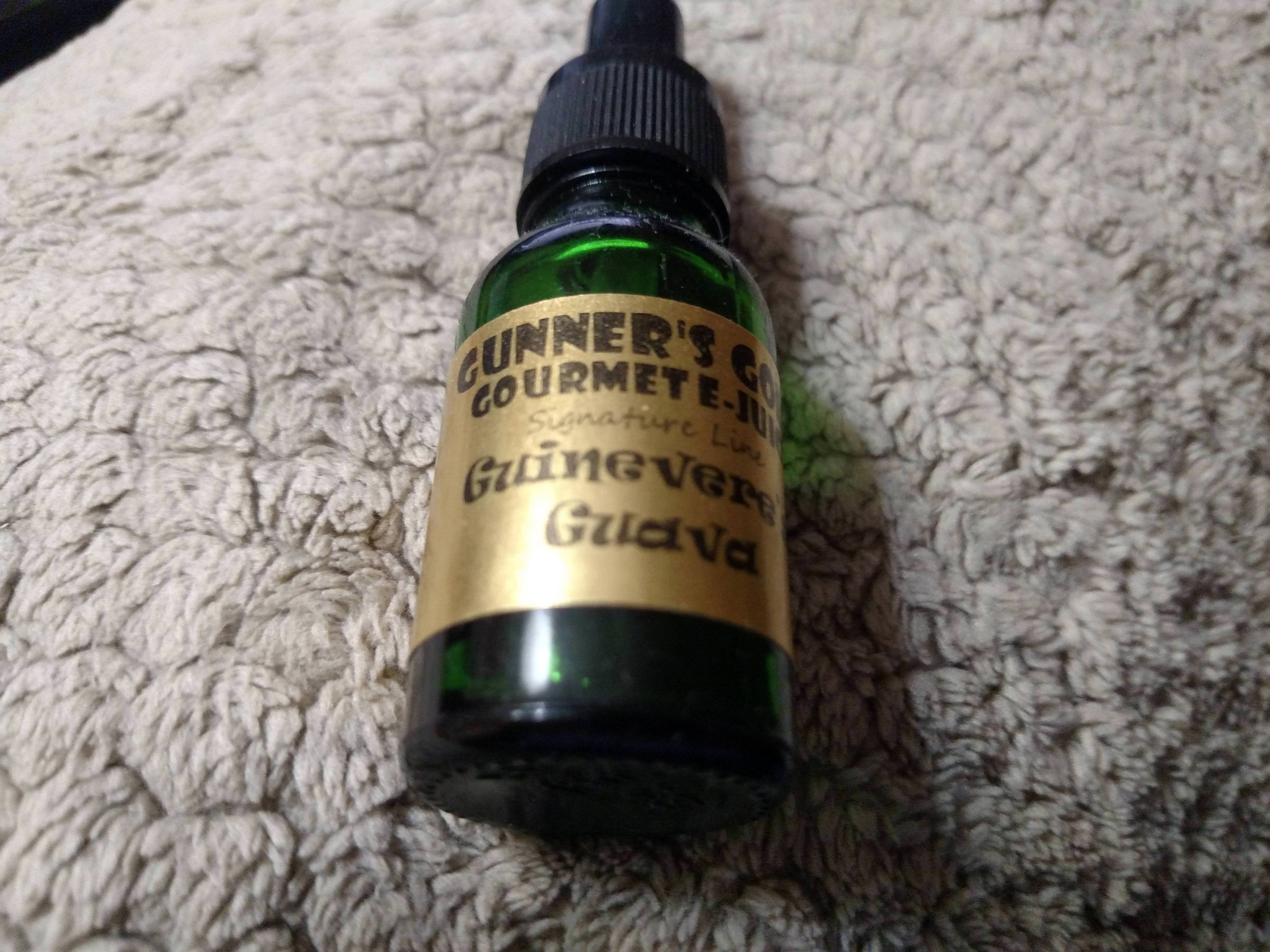 I need a refill!

There are also several bottles of labeled and unlabeled early mixes of mine in there from late 2012 and early 2013. Why have i kept this stuff, and in such close proximity to where i sit all the time? No clue, i have probably opened that drawer 2 or three times over the last few years. And no, i wont be cleaning it out, that Guinevere’s Guava bottle still smells awesome.

So what ridiculously old juice do you have sitting around?

OOh nothing that old that I made myself but i still have a working cigalike. 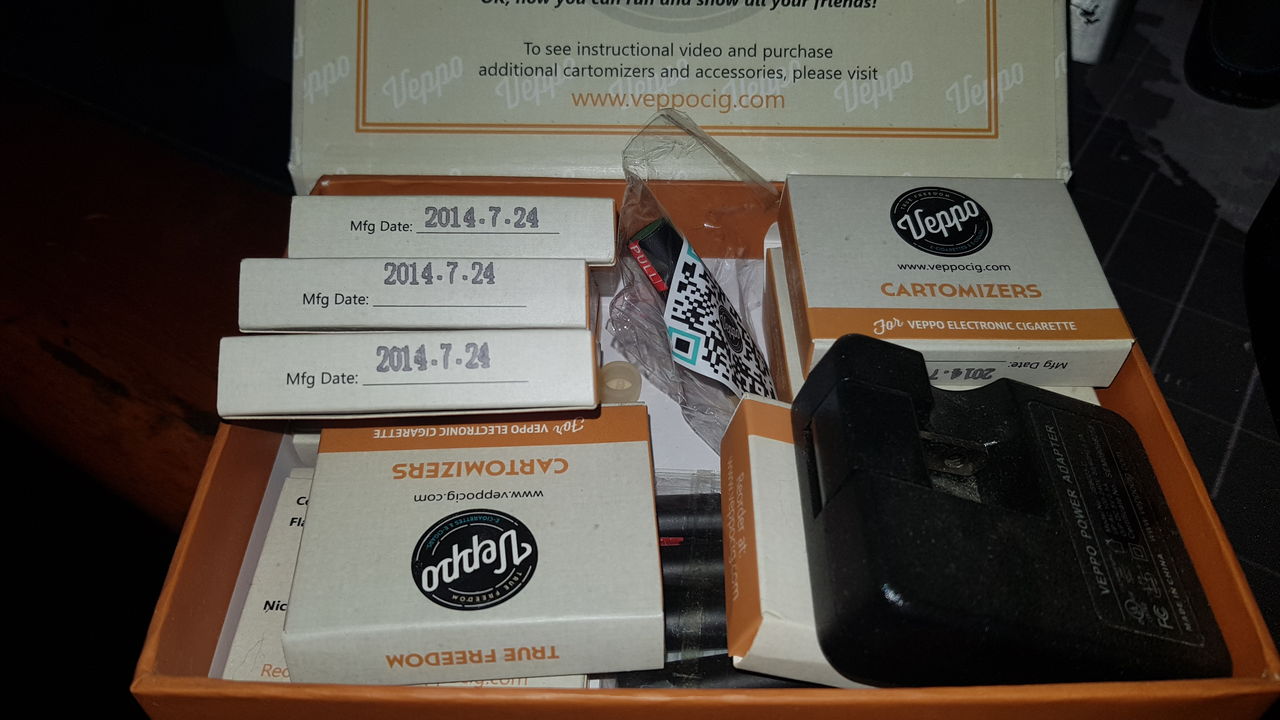 Nice, gotta break one out and give it a go, hehe. Ive got this old buddy sittin in a box: 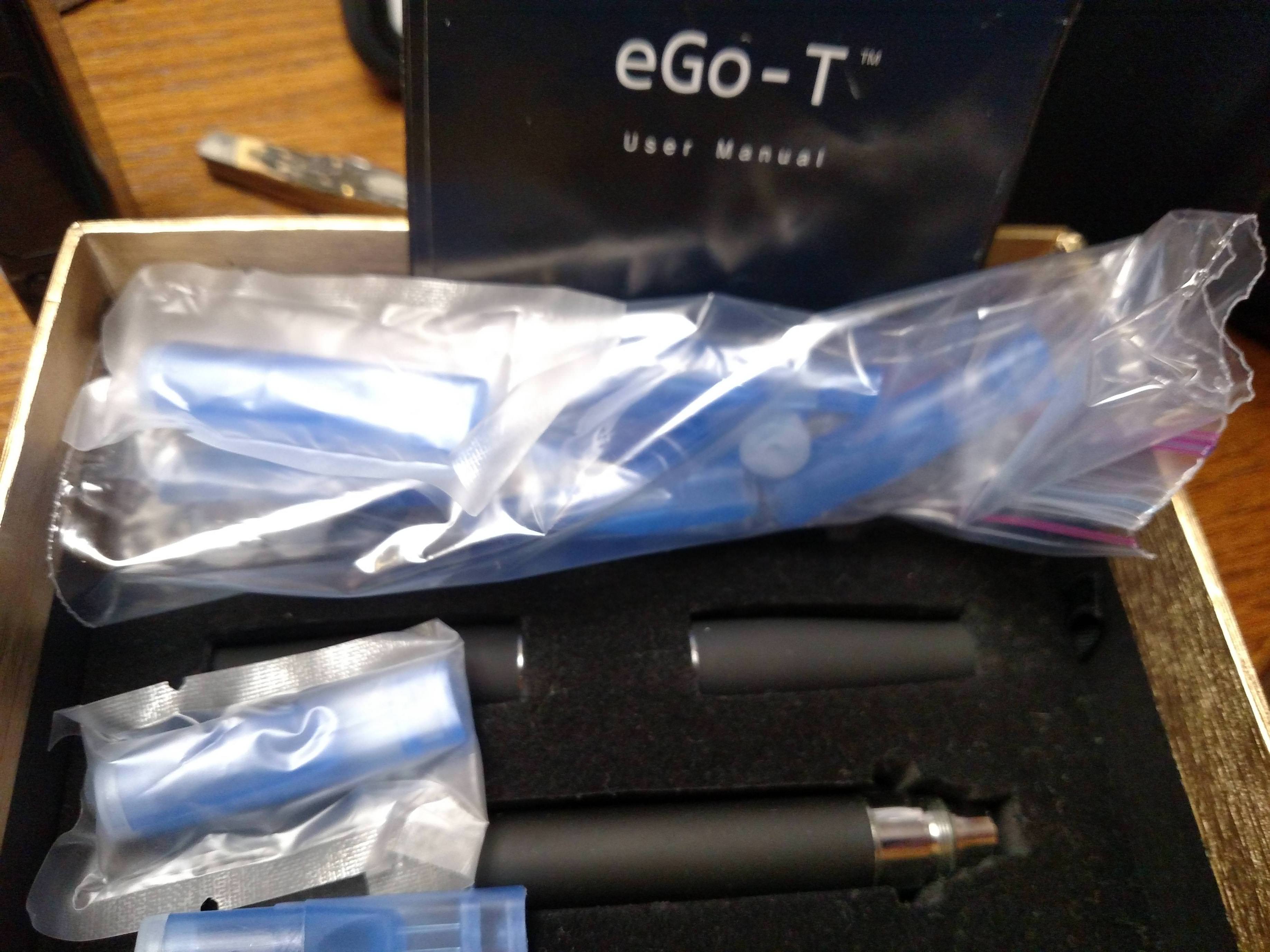 Thinking about using it for CBD now that i grabbed it off the shelf.

still have a working cigalike

Thinking about using it for CBD now that i grabbed it off the shelf.

good idea. I use mine for NETS

Just recently tossed a bottle of Stratomyst Caramel Apple that I had sitting in the back of my juice drawer. I ordered it late 2014/early 2015 and then stuffed it in the drawer to steep. It never got any better, but I held onto the damn thing for juice moochers. Everyone I know locally has either stopped vaping or gone back to tobacco because of crappy gear they bought, so I figured I’d get rid of the damn thing.

Come to think of it, I think there’s still a bottle of Keystone Birch Beer back there too…

Oh the Cones !! This device got me off the smokes I loved it ! Had 3 set ups of them especially loved the lil mini one !

They used to have a really nice Banana Pudding if i remember right and that Birch Beer, mmmMMmmm.

and that Birch Beer, mmmMMmmm.

I spent 4 years in PA, and every once in a while I get a serious craving for Birch Beer. Since I’m now on the other side of the country, I had to just try to put it out of my mind until the cravings subsided. When Keystone popped that flavor out I cautiously ordered a bottle, hoping that it would ring true to the taste I remembered. Other than feeling a little “flat” on the tongue it was spot on!

Now, if only someone would bring out a chow chow flavored juice, my PA foodie cravings would be sated!

if only someone would bring out a chow chow flavored juice

Not the pickled stuff, right?

Nice, gotta break one out and give it a go, hehe. Ive got this old buddy sittin in a box:

@Ken_O_Where Ahhhhhh the gold old days of the Ego !!! I can’t tell you how many unbridged attys I have stashed about.

Yeah, the pickled stuff! Is there any other type?

I hoped that maybe you meant puppy chow which is a delicious, overly sweet yum fest.

I was always more partial to Kibbles and Bits myself. The softer, chewy pieces and the cheese-flavored little strings were ambrosia to my burgeoning taste buds!

So what ridiculously old juice do you have sitting around?

I have Mt Baker’s Cinnamon Roll (Bun?) I also have a small collection left of Yaeliq’s. His Butter Pecan still smells good. I’m tempted. Oh wait! Even older than that is Virgin Vapor’s Organic Kona Coffee Milkshake. It’s still smells good but I’m not sure about the nic.

I don’t have any old juice. NONE. I wonder why?