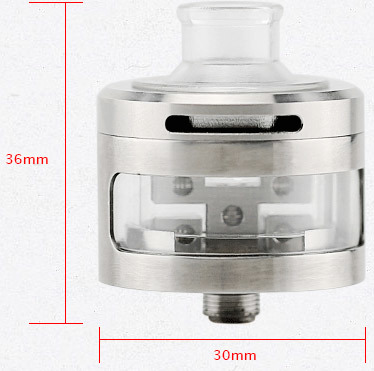 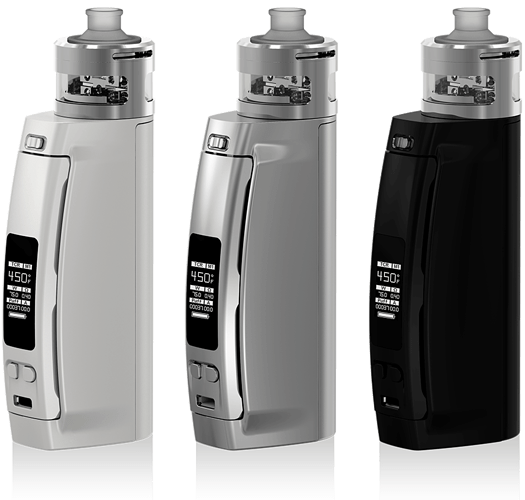 That is cool. Many coil options. Want

I am interested in “unexpected vaping pleasure.” I tried that on my wife just today with @Whiterose0818’s butterscotch dripped with a noisy cricket. It was all a white fog and when it dispersed she was gone? Sooo, unexpected but she wouldn’t call it pleasure. “It’s kind of annoying”

So maybe this thing will be good for that. Not sure how I feel about being forced to build verticals. Haven’t had much luck in that department.

Not sure how I feel about being forced to build verticals

Not sure I understand how it forces verticals. Might be having a dull moment. Splain please?

Hell, maybe I am. Isn’t the center post the big T on top, the the other leg must go to the bottom. Maybe you can use the center screw in the center post, but that’s a shorty coil, perhaps 4x tho. I was also thinking you could build diagonally on each side, but then you’ve got one real long wick on one side.

Am I completely wrong? It happened once. Haha.

Holes look like same placement as normal velocity to me just on it’s side. I was thinking just go diagonal, which I do on the Velocity anyways. I don’t have to bend and tweak the legs after to get the coil straight that way and I end up with a coil that’s aligned very parallel to the deck… Regarding the center post I was wondering if that would allow the center post to rotate 90 degrees. Could really have some funky builds going behind the glass and all that way. Not sure it would be useful, but interesting…

…yeah, I build mine the same way. Just seems like holes are farther apart, but easily an illusion. The Mutation tank has this problem for me. But yeah, duh. I’m real interested in that the posts eat up a lot of the chamber volume in that case, which is my problem with the velocity decks of late. I just think chambers are getting too big and flavor is dropping. It’s the only reason I haven’t ordered a Hastur. I love the Cthulu V2. I’m one of the few that doesn’t see a velocity deck as necessarily a good thing.

Hmm, I’ll re-study, now I want to understand juicing. Jaybo’s stuff is generally well thought out, just have now experience with his attys.

So I bought the Inde Duo and built it last night. This thing is HUGE. It’s all wrong on a Reuleaux. The body is not keyed to the deck, so you must be careful to align the air slots to the coils. It’s an elegant design, but they should keyed that deck.

AFC is very nice, but need to lube the oring with silicone grease. To give you an idea, you can almost drop a 22mm atty into the fill hole. IIt’s friggin titanic. My wicks aren’t broken in yet, but it’s decent so far. Dense clouds, so far not a top flavor RDA like the Mutation xs or Alliance V2, but not bad. Just not sure what mod to put this on.