I won this Wotofo Flow tank from a @Heaven_Gifts giveaway and I figure you guys might wanna know what I think. I’m not a reviewer, so try to bear with me. This will likely be pretty random and sorry for the less-than-professional photos.

First, go here to look at all the lovely things like pics, description, specs, etc.:
https://www.heavengifts.com/product/WOTOFO-FLOW-SUBTANK.html

It looks like it does in the pictures (of which there are many lovely ones on the website, so go look). I have the SS one and I’m using it on my VT133. Looks pretty nice, very silvery. It is shorter than the tanks I’m used to (Crowns and Aromamizer). About the same height and width as the Kylin. Which, according to the specs, is 24 x 40mm.

Pic with my other current setups (Crown 3 on the Tardis, OG Crown on a VTC mini) for reference: 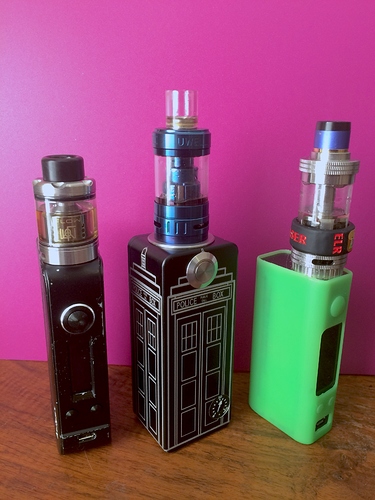 The box, which was really pretty, had the tank with a preinstalled 0.25 coil and silicone plug (that I immediately removed cuz it’s stupid and I’m guessing a TPD thing), an extra glass, and an extra 0.25 coil. Under the foamy stuff was a ‘manual’ in a dozen or so languages, a little baggy thing with some o-rings, and a card for some sort of Wotofo giveaway that I didn’t care enough to bother reading about. The drip tip is one of those short and fat ones that everyone seems to love. 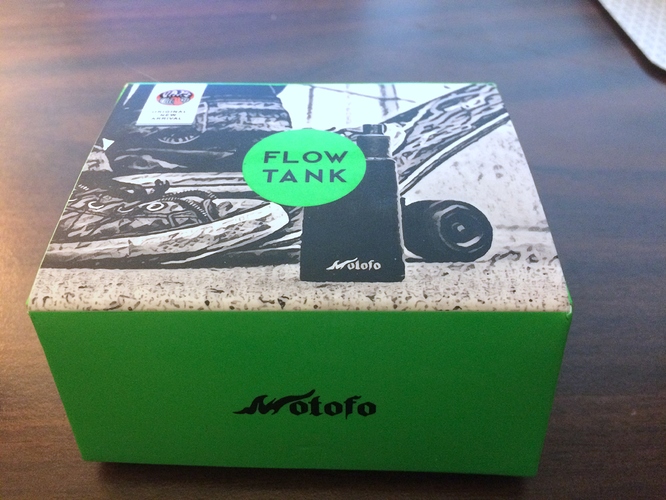 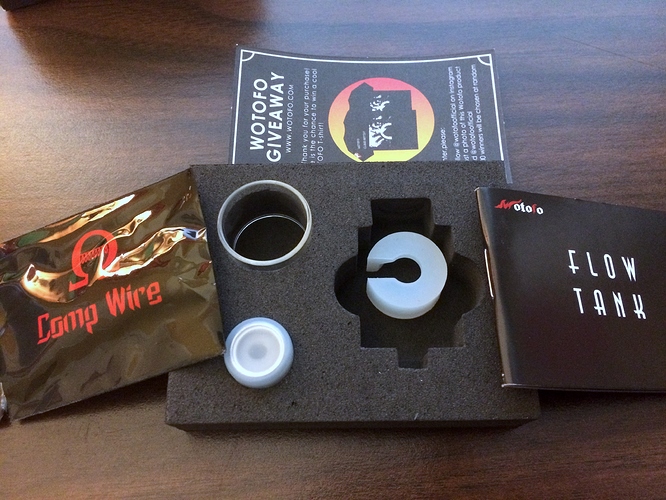 Back on the plug for a second. It took a minute to figure out I had to pry the glass off the top to get the plug out and that took some serious elbow grease. But, not nearly as difficulty as getting the OG Crown apart to get at the glass. Washed the tank out and primed the coil, which had an interesting little meshy thing on top of it for reasons unknown. The first tank was my usual new tank liquid, @therabidweasel’s Pearvana. It’s yummy and it always does a good job of incorporating and masking that new cotton flavor…which this tank had PLENTY of at first. It took about a tank and a half for the coil to break in and stop tasting like a mix of cotton and plastic. 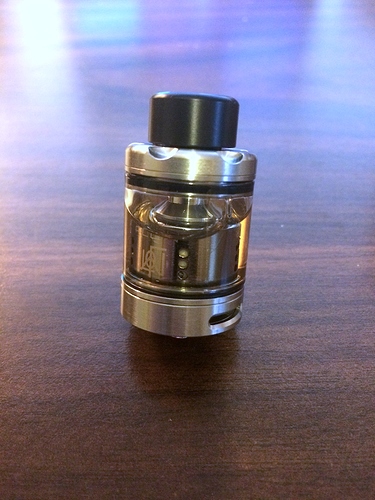 Once broken in, wow. I may be in love and this tank could possible de-throne the Crown for prebuilt coils if the coil lasts a decent amount of time. I’m guessing the shorter tank makes for a more flavorful vape or something like that. It’s got flavor in spades and vapor production is pretty great. I’ve got the VT133 set at 40W, 450F, SS mode and its reading the coil at 0.32. It’s a warm and slightly juicy vape, a tad bit of spitting but not as much as I sometimes get from the original Crown. The coil seems to wick well—three decent pulls didn’t result in a decrease in vapor (no TC kicking in) or burning, but it gave me a nice little buzz!

Air flow is comparable to the OG Crown closed one click. If you’re used to something that feels totally unrestricted, this will feel tight. Definitely less airy than the original Aromamizer or Kylin when they’re fully opened. 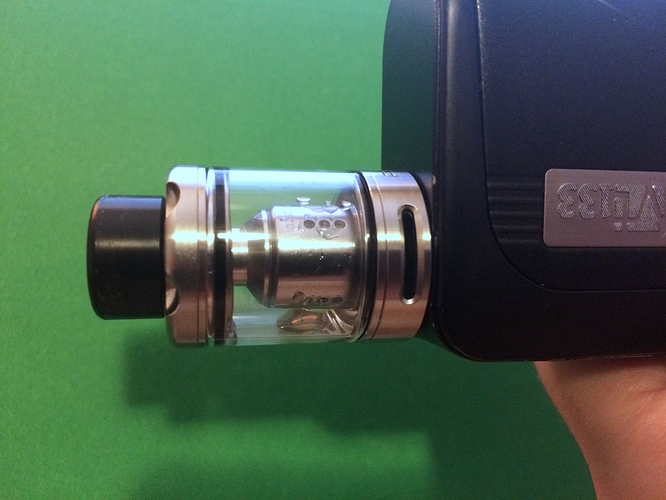 Flavor: 5/5 - After the coil break in, it’s as good or better than anything I’ve had yet (which admittedly isn’t a ton). I think part of that is how wet it vapes, if that makes any sense.
Vapor: 3.5/5 - More than the two Crowns, less than the Mizer or Kylin and probably less than a dripper with a beefy cloud comp build.
Ease of Use: 3.5/5 - Harder to get the top off than the Crown but not as hard as the Kylin. The AFC really sucks. Prebuilt coils were easy enough to prime and everything went together without me feeling like I was trying to assemble one of those 3D jigsaw puzzles.

Overall, if it holds up, I’d likely buy another, especially if they released it in more colors. I’ll update later with more info on how long the coil lasts. So far, five fills over two days.

i just got mine today , im actually pretty excited after watching Djlsb review , i also use the original crown and cleito daily so i love sub ohm tanks and this one is suppose to be pretty good

Great review! Thanks for sharing

It’s pretty awesome. Flavor and vapor are both better than the crowns. I don’t see myself giving up either Crown any time soon cuz I have a ton of coils and I love them, but if one bites the dust or I can’t get OG crown coils, this would be a more than satisfactory alternative.

I haven’t researched the price comparison or variety of coils for it vs for the Crown, yet. That may be a hindering factor for me in continuing to use it after these two coils are used up.

smok baby beast coils work in it they are interchangeable so maybe you could look for a good deal on those as well , ime smok was always too proud of their coils

I saw that! I looked on FT (where I usually get my coils) and they didn’t have the baby beast but they did have a 5 pack of authentic Flow coils for $9.57, making them about $1.91/coil. That puts them right between the original Crown (~1.85/coil) and the Crown 3 (~2.49/coil) for coil price. All the auth baby beast coils I’ve found at other places were over $12 for a 5 pack. I can’t imagine the baby beast coils being any better than this, but if they were they might be worth the $12.

Really nice review @JoJo! Now I have to get one. Haha

It’s been about a week and a half that I’ve been using this thing pretty heavily, almost exclusively when I’m home. I used a little bit of everything in it, including some of my infamous coil killing Salted Caramel Cream.

Vapor is definitely way more than anything else I use. I can tell it’s fogging up my room a lot more and my carpet’s feeling a little sticky again.

I changed the coil this morning because the flavor was starting to diminish and taste slightly burned. The new coil primed better than the preinstalled one for some reason. No plastic or overt cotton taste. If needed, I think I could probably use the old coil a little longer, and a soak in vodka could possibly clean it to a more useable state. It wasn’t black and crusty like I figured it’d be.

I’d say with the chain vaping I did and juice I vaped in it, 10 days is a pretty good run. I get about the same amount of use out of the Crown 3 coils but I get longer use out of the OG Crown coils.

It seems like it drinks juice faster than either crown. It’s a 4ml same as the OG crown, the Crown 3 is 5ml. Could just be I like it so much I’m vaping more.

I’d definitely buy another one and if I find one on sale or on FT I might grab it as a backup.