I know there have been a lot of issues with the release of the xCube II. With any luck those issues will be ironed out by the time this is released. 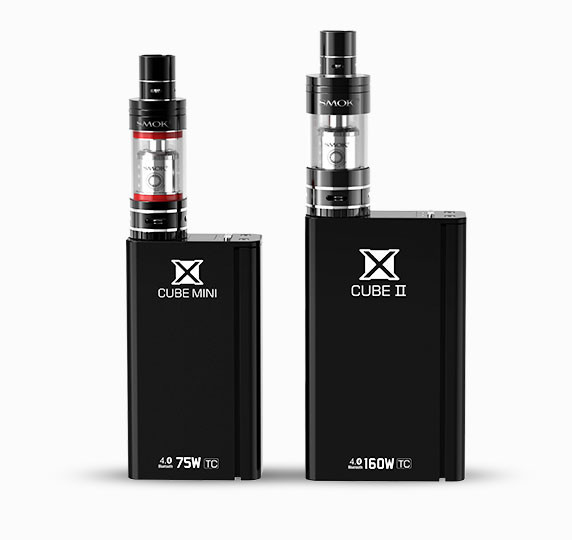 Probably the black will be out after the stainless, so I’ll wait which should also allow time for others to buy this and try it. But I’ve had very good success with my 160w cube so I’m feeling positive. And after all, isn’t that black set up just sexy as can be? You can read more about the new stuff here -

I’m done with SMOK mods. They are too finicky and you get no support. Their mods don’t perform as advertised. The absolute worst at getting to perform that I own. Good luck…

I don’t know if I will be getting one or not but it would be nice to check out. I’ve been one of the fortunate ones and haven’t had any issues with my two Xcube 160w but it would be nice if I had a smaller one.
My only question is why is it more expensive than its big brother? Ive seen it for around $70 whereas the other I picked up for 50?

why is it more expensive than its big brother?

They’re trying to unload those big xcubes quick before everybody find out they are busted. I won’t be buying anymore of their mods. Their failure rate is ridiculous.

I too am done with smok. Just tried to update to 1.093 and it will not update. I am sick and tired of putting up with this mod so far less would i buy another. Would rather go elsewhere. Plenty mods out there to chose form.

Do you need the original/old/working update tool? Instead of the beta installer that I has never worked? If so let me know and I’ll email ya the files