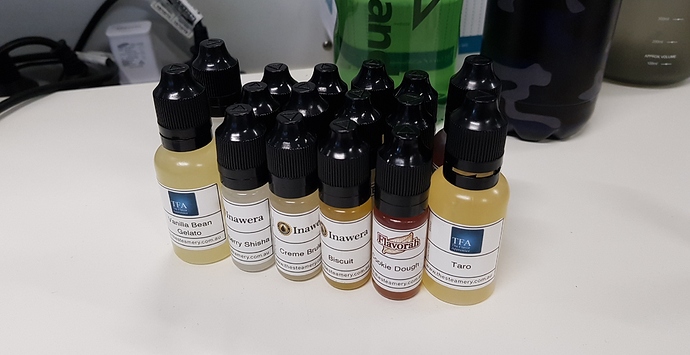 I stumbled upon these Japanese taro things. Excellent taro flavor. Like a vanilla marshmallow flavor. Having never tasted real taro before, these are excellent. 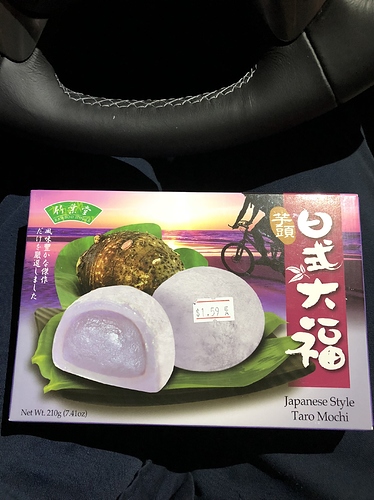 Hehe yep I’ve eaten them a few times.
Try the Pandan ones I wouldn’t mind a Pandan ejuice either @DarthVapor thoughts on Pandan?
If you’re a taro lover then you’re most definitely a Pandan one too hehe
Im actually sipping on Pandan tea atm here in Australia and the weather here today reached 44°C This was and still is my fav ice cream of all time since childhood.
If it’s available in your area give a try guys!

Never heard of pandan. I’ll see if adagio teas has it. They seem to have everything imaginable. What’s pandan taste like? Or closest flavor you can think of?

What’s pandan taste like? Or closest flavor you can think of

A more smoother subtle version of taro.
Unlike taro being a potato, Pandan is a plant

This has been a great thread. Makes me want to break out the Taro (TPA). One thing to know is Taro (TPA) gets stronger on steeping. Something to remember if you are test vaping a fresh mix. If it doesn’t taste “Taro” enough …wait several weeks (or whatever recommended steep time)

Watching this thread for some Taro (FLV) previews @DarthVapor !

Watching this thread for some Taro (FLV) previews

I should of mentioned, but the FLV Taro is still being worked on and won’t be part of the first round of releases. Probably be around June. I am however going to troubleshoot and try their first rendition of it. I won’t be posting any reviews on that one though, since it isn’t what they will be actually releasing. I’m just glad they know to work on it a bit more, instead of rushing it to market.

Flavor Express Taro is another one that’s pretty good. I’ve been mixing both of them together lately and it’s a great taro base. They are almost identical in flavor and percentages, with FE being a little more “creamy”/heavy. Not by much though

It’s been a while since I’ve had it or michi, but yes. Good stuff

If you know how to cook, then this is very cool. It’s just that cooking has never been easy for me. If I can easily fry meat or fish, then I have a sadder situation with cakes. I have tried many times to make a chocolate cake, but I always have a problem with the cakes. They don’t soak properly. I decided to try to make eclairs, but it didn’t work out. The cream was too thick and the eclairs look terrible. I would really like my eclairs to be similar to the ones we ordered every Saturday at queensdelight.dk.