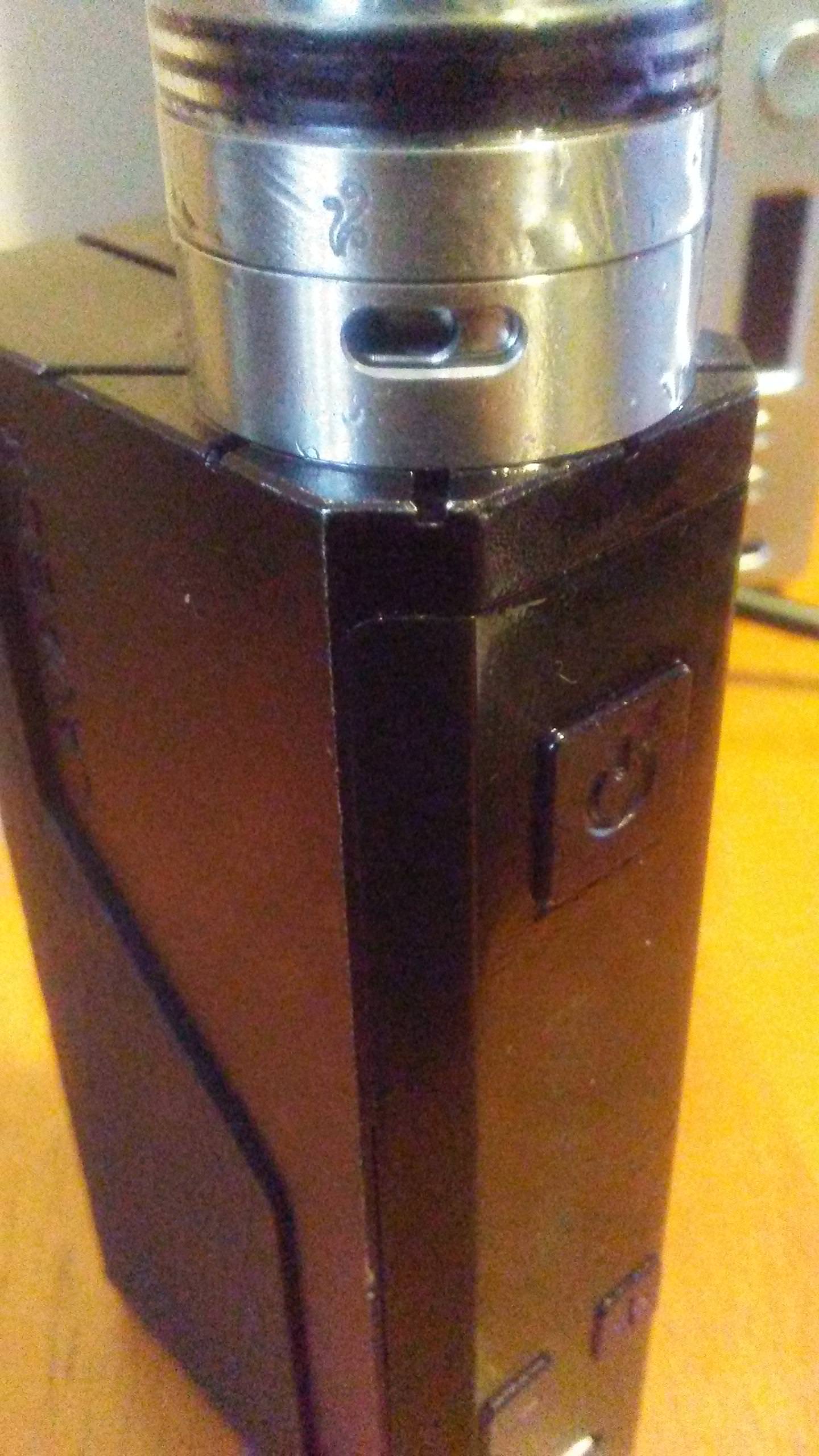 I actually prefer the V1 edition. I cant find it at a reasonable price. This one was only a couple bucks during the black Friday sale. It hits pretty good but this leaking sucks.

Exactly why that tank just sits in a box, i never got it to stop leaking. I used the stock coils and then tried a half dozen builds, wicking methods and it leaked like a screen door on a submarine!

Sorry i cant be more helpful but i thought i would validate the leakage before you go partially insane trying to figure out what you are doing wrong. Its just a crappy tank design.

Thank you, Ken. Yes, its already driving me insane. I bought a few because they were so cheap. Oh well, i guess I have to put mine back in the box. It’s a shame because I like the tank.

I did too, thought it was going to be a great MTL tank but it was more of a tank to mod to hand tank. Im pretty sure, if i remember right, that it was an issue of the top being too loose so no vacuum can be created inside the tank to prevent it from leaking. Now i just use the drip tip, which i loved too.

Well, Robin, i gave it another go with two builds and a couple different wicking attempts. Still leaking worse than my tear ducts after watching Rocky…

It is almost as if the thing is daring me to get it right. Next up ill look into modifying the tank.

Anyone else got any info on the tank?

Anyone else got any info on the tank?

In the V1 i used artic coils and they worked great. Unfortunatley i gave that tank away. I love the V2 but ive tried everything to stop this leaking.

ZV1 was my very first sub-ohm tank, back when I was greener than Kermit and hardly understood the whole vaping thing at all. I’d just gotten the then-new iPV4s and figured, if it went to 120w, then my atty can too. Ugh, was that a stupid assumption! I cranked that puppy up to 100w with a coil NOT meant for it, and ripped away. It only took about 2 seconds before I turned three shades of turquoise and hit the floor. That was a really good lesson learned. Cost me a new coil and was good for a permanent reminder to avoid dry hits and actually figure out what I was doing before trying things.

Anyway, my noobidity was probably one of the reasons I couldn’t get it to stop leaking, but it was still quite annoying because it didn’t just leak all the time. It leaked out of nowhere seemingly at random times and for no particular reason.

Its too bad these tanks suck. I actually like them. Oh well back to the cleito i go