“We know the children have been injured. We don’t yet know the causative agent,” said Dr. David D. Gummin, medical director of the Wisconsin Poison Center, and professor and chief of medical toxicology at the Medical College of Wisconsin. “We have no leads pointing to a specific substance other than those that are associated with smoking or vaping.”

Initially, Dr. Gummin said, doctors suspected that the patients were suffering from an infectious disease. But the patients’ failure to respond to antibiotics led the doctors to believe they had been harmed by a toxic substance.

That is surely odd (as a statement regarding medical “differential diagnosis”) - as not only do there exist bacterial infections that may be unresponsive to all of the various antibiotics (which target only bacterial species) - but there exist various pulmonary (active in lungs) viruses (as well as molds, such as Aspergillus Fumigatus) which simply cannot at all be easily laboratory tested for - for which the medical diagnosis of the presence of in lungs is extremely hard (if not nearly impossible) to make. Sounds like they may have chosen socio-political fashionable superstitions over science. After all, everybody loves a convenient “scapegoat”. In fairness, however, it is by far more the click-bait “press” that has eagerly engendered this sudden “crisis”.

Also let’s just focus on the 20-22 injured, than the thousands that die from cigarette use every year. Hmmmm…

WARNING: Unction junction. Vaping may cause one to become rapidly surrounded by furiously gesticulating self-righteously catastrophizing numb-noggin nimrods intent on saving you from yourself (and all pleasures) while in the course of their emptying one’s bank account on egregious sin-taxes and mandatory “therapy” for mental “disease”. From festooned militaresque bozos burning the midnight BS oil at the illustrious Foods are Drugs Administry, the soon to be future of vaping agitprop: 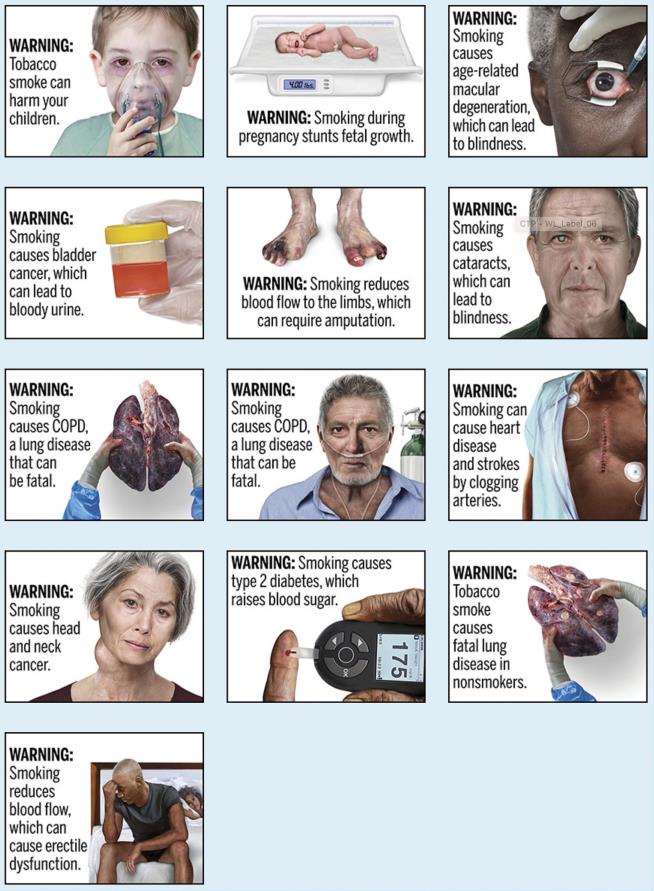 Heheh we have had them here for years strangely they don’t prompt people to stop smoking. Those are tame compared to the ones here. 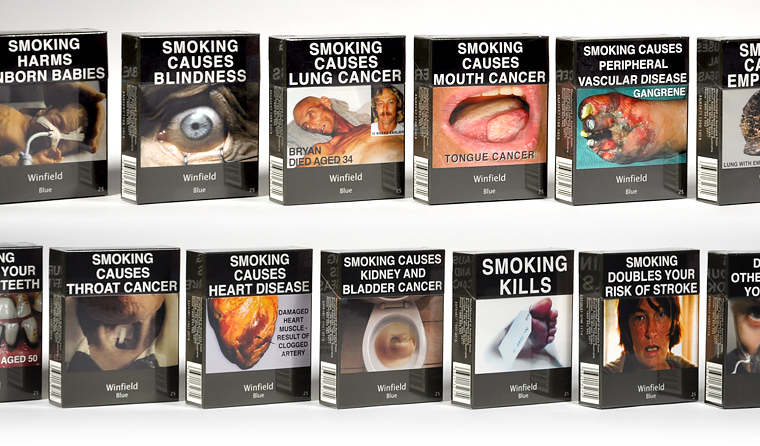 It did provide a boost for companies selling cigarette cases - there is an opportunity for you to get in on the ground floor.

WARNING: The reason that they want to keep you breathing is because Doctors Cause Bankruptcy in US. 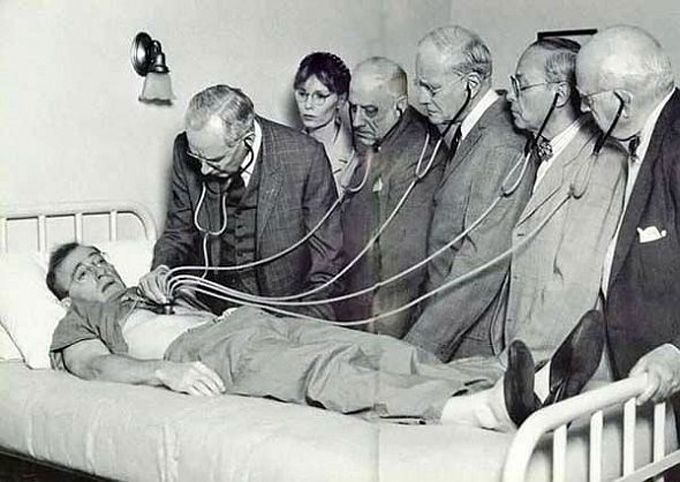 These are k2/spice carts these people are getting off the street. The equivalent to Vaping the liquid in your Glade air freshener. There has been numerous health issues with smoking and inhaling these chemicals.

Ground-glass opacification/opacity (GGO) is a descriptive term referring to an area of increased attenuation in the lung on computed tomography (CT) with preserved bronchial and vascular markings. It is a non-specific sign with a wide etiology including infection, chronic interstitial disease and acute alveolar disease.

Reading on at the above-linked web-page to see how entirely non-specific this radiological indication is:

Subpleural sparing in thoracic radiology is a imaging descriptor usually used on cross sectional imaging (mainly CT) where the pathology that affects the lungs spares the extreme peripheral lung margin abutting the pleura - chest wall. It can be seen in a number of situations:

Non-specific interstitial pneumonia. Associations. Primarily idiopathic (relating to or denoting any disease or condition which arises spontaneously or for which the cause is unknown) but the morphological pattern can be seen in association with a number of conditions:

Drug-induced lung disease can result from a number of agents and may have a myriad of presentations, ranging from an adult respiratory distress syndrome type picture to established pulmonary fibrosis. Due to this, it can be extremely difficult to pinpoint the offending agent on imaging appearances alone and correlation with the medical history is mandatory. Etiology: Chemotherapy agents; Immunosuppressive agents; Immunotherapy agents; Cardiovascular agents; Antibiotic agents; Anti-inflammatory agents; Anticonvulsants; Herbacides (ie, Paraquat);

The incidence to date (of ~100 cases in ~10 Million people reported to be vaping in the US) of these non-specific indications represents ~ 1 person per 100,000 (of vaping population). That is a very small number (especially considering that the symptoms and indications reported can/do result from so many various and diverse causative factors). No epidemiologist in their right mind would leap to such sweeping “conclusions”.

Time for (what is clearly) a largely “press” manufactured “crisis” portraying the “doctors” as heroic and saintly figures in return for stomping all over common sense surrounding medical diagnosis in hopes of engendering and globally delivering mass hysteria. This is the very same modus operandi that has been used for several years to without legitimate bases in medical science or ethics to demonize, indict, and defame persons (physicians as well as patients) associated with pharmaceutical Opioid meds, withholding relief from millions of pain patients (with hundreds committing suicide as a result), and (itself) spawning, engendering, and sustaining a vast and exponentially growing number of fatalities from illicit street-drug garbage containing Fentanyl (and analogs). The “Iron law of prohibition” in action - yet again leading to far more harm than would be the case in the absence of such ill-posed, demonstrably harmful interventions.

this is what was recently brought to my attention and I ended up commenting on it on the new site as well as on the Facebook thing. I basically explained traditional vaping as the propylene glycol vegetable glycerin flavoring and nicotine. And I made a heavy point about idiots adding different drugs that make it very harmful. I couldn’t believe the Venom and fear-mongering that was going on in the comments. But, vaping has only been popular in the US for 10 to 15 years and there is a severe lack of data and studies to prove for or against vaping. it really does suck, but eventually the US will catch up and vapers can have a sigh of relief knowing that there isn’t such a stigma. Not that I personally care about the stigma, but it would be cool to hear less hate speech about it.

omhfl… Are you KIDDING me?? They’re sticking time released fentanyl in pods, inhaling it directly into lung tissue, and somehow its the fault of the vaping tech?? Jeezum crow. That’s like like some new school Reefer Madness bull-puckey, right there.

You know, I love how when people OD from injecting heroin, noone ever blames the damn syringe.

I have been vaping for seven years. I mix my juice an use Innokin products because the company has been around a while. I have also used liquid from a few vendors that I know from FB. I’m 71, my husband never quit and he died in December of 2017.

I am sorry for your loss @Italian48Vaper . I like to think of how many lives would have been greatly extended if vaping came into the mainstream in the 40’s or 50’s.

My bet is on a couple of different things going on. Not that I know firsthand, but extracts from marijuana typically require some type of fatty material to work…thus the whole pot butter or olive oil etc…wouldn’t surprise me if the drugs are extracted into oils that are then put either directly or diluted into pods. If you look around here somewhere, there’s a table of LorAnn flavors that are “safe” and “unsafe”. Those that are not ok were oils. As i understand it, aerosolized oils. In the lungs create some pretty nasty effects, including those mentioned in these articles. Wouldn’t surprise me if the mixes also had grocery store bought (cheap) oil based flavors that get added to the pods too…I sure as hell hope this doesn’t drive to a no refillable anything, disposable sealed Vapes only maneuver…

If you look around here somewhere, there’s a table of LorAnn flavors that are “safe” and “unsafe”.

Hi there, this list is updated with new LorAnn flavors and I listed every ingredients printed on product's label or product specification sheet...

The media outlets that are actually reporting some resemblance of the truth are saying it was ‘spice’ & from what I understand that is some form of synthetic THC!?!

Yep, that sounds more believable. I once, foolishly, consumed a very small amount of “spice”. I reacted very badly and I believe it brought me close to death. I am a hardened pot smoker and synthetics are nothing like weed, very dangerous IMO.

It’s not unclear to me!

Unlike many here, Obviously these individuals failed to take safety precautions and did not daily ingest any “oh so tasty” Bear Fat.

As with other safety conscious vapers, I get mine from Ebay…

(from the listing)
" Indications for use:

Didn’t know this was “a thing”.
I’m one of those “no-fat-on-the-steak please”, type of people so…no thanks:

Perhaps it’s only for the Ultra heath conscious?

“Bear Fat…it’s not just for your boots anymore”