Apparently 20-22 people were sent to the ER and some were found to be in critical condition due to vaping. From what some articles said it was due to THC oil and high nic pods? Anyone confirm this? Anyone heard about this and anyone weighing any opinions to this. The articles I could find are very vague and no real description as to the real reason.

I saw an article on this a little while ago and according to that they were street bought pods purportedly containing THC and high nic. Of course vaping was blamed but TBH I stopped reading as soon as I saw ‘street bought’.

I knew some fuckery and dumdassery had to be at play.

This has been all over the news here because most of the cases are here.

Get the latest news about celebrities, royals, music, TV, and real people. Find exclusive content, including photos and videos, on PEOPLE.com.

They’re blaming it on vaping as a whole even though several of the family members have said they thought it was THC pods from Illinois. Another family member said his brother, who’s in critical condition, bought it off the street from “some guy he knew”.

My grandfather told horror stories of the prohibition era when our own government poisoned the alcohol. Not saying that’s what this is but the Nanny State isn’t one to let an isolated incident go to waste when they can exploit it to suit their agenda.

Blaming the THC’s even worse, You cant overdose on that shit. If it was synthetic THC like stuff that’s a different story.

Oh God, another steaming pile of crap… I simply can’t imagine how dumb they must be to put drugs in their pods

People have been putting drugs in their liquid for awhile now , it wasn’t reported about until the FDA and others started to attack vaping … Imstead of letting people know that drugs are being added to vape liquid they are just blaming vaping period thats what bothers me …

If you buy black market drugs off the street you are taking your chances every time. This has nothing at all to do with legal vaping products. The news media will do the news media thing and massage the facts to make it “sound like” it has a connection to every day legal nicotine vaping. To get that shock and awe headline that they know is the only part most people look at anyway. They are the masters of doing this without technically crossing the line into illegal misrepresentation of the facts. This guy explains it quite well, its a good watch. https://youtu.be/BgQ79evjylc?t=73 Unfortunately for us this does sway public opinion towards vaping though the misleading headline that its some how related to regular legit nicotine vaping when its not.

It just aired and is still on until the top of the hour so the exact replay may not be available on their site right now but they usually post them within a few hours.

This Vaping 360 article (published on August 8, 2019) provides some information regarding - hearsay - originating from (the brother of) a single patient, surrounding patient’s alleged prior use of purported “THC”.

Yep, I saw “vaping bad” story once again on CNN Headline News.this morning I 'm sure they have that shitty piece of rhetoric recycling all day today. …

I just want to know how they came up with the concept of “it’s a problem across the nation” when its in a limited three state area. That and only 22 people. It also gets headlines here that it’s teens when the ages range from 16 to 53.

… news media … are the masters of doing this without technically crossing the line into illegal misrepresentation of the facts.

In the US, no persons (including police and other public employees while acting in their official capacities) are under a legal obligation to tell the truth (or abstain from lying) unless they are testifying under oath in a legal proceeding (or in a related deposition). Liability for character defamation (regarding individuals, as opposed to things) is restricted specifically to libel (not mere slander). Thus, “truth” is required only when “sworn under oath”. Many are shocked to learn that “authorities” are not forbidden to outright lie to them.

It seems (to me) that the populace has been conditioned (and/or willfully chosen) to view “medical science” as some sort of “theocratic authority structure” defining, dictating, and policing moral and psychological (as opposed to restricted to merely physiological) “truths” in the lives of the populace, offering to remove the individual from personal responsibilities (by assuming roles of being passive “victims” of this or that force or authority) - while simultaneously infantilizing them by removing the personal agency of (competent) adults regarding their own bodies, minds, and personally chosen nature and quality of life. The “die” is well cast at this point for the imposition of a chemical-statist totalitarian regime based upon what are moral crusades speciously donning “medical masks”. The FDA, CDC, the opportunistic click-bait “press”, and legislative machine is capable of rapid/vast destruction of individuals/industries. “The truth” may have little to do with it. 22 people have been hospitalized with vaping-linked breathing problems....

It's unclear exactly what the patients — many of whom are young adults — had been inhaling or what type of devices they were using.

Im praying for a full recovery of the idiots that are directly affected. It’s a real shame that news agencies jump on this type false shame and blame. Even more so that the Doctors exploit this incident of a street rat selling an unknown, untested substance. It makes me sad for our societies state.

… incident of a street rat selling an unknown, untested substance …

By the direct effects of legal prohibitions and punitive penalties, the U.S. government would dearly love to thrust users of Nicotine into the same socio-politically “untouchable” status long suffered by users of other drugs - where the mere pursuit of any and all non-state-sanctioned pleasures is seen as a sign of mental illness/incapacity, inviting in a paternalistic and parasitic nanny-state. Such activities are already in force:

.… the widespread acceptance of notions of racial hygiene and genetic determination in both medical and policing circles made it easy for the state to increasingly marginalize drug consumers as asocial, psychopathic, or genetically deficient. New measures were taken to strengthen the existing policing and social welfare work against addiction. And new groups, such the “Imperial Committee for the Struggle against Drugs” were created to bring the medical, policing, and political experts together in the war against drugs. Starting in 1935, the Nazi government created the “Imperial Center for the Struggle against Drug Crimes” at the Prussian Criminal Police Office in Berlin, which acted as a central information-collecting office for drug crimes from the various district police offices. Drug users faced a number of possible sanctions, from conviction under the Opium Law to findings of mental and legal incompetence resulting in forced internment in a treatment or withdrawal center.

Source: “Germans on Drugs: The Complications of Modernization in Hamburg”; Stephens; pp 16-17

“I do want people to remember the words mental illness. These people are mentally ill and nobody talks about that, but these are mentally ill people. And people have to start thinking about it,” Trump said ahead of his campaign rally in New Hampshire.

“I think we have to start building institutions again because you know, if you look at the '60s and the '70s, so many of these institutions were closed, and the people were just allowed to go onto the streets. And that was a terrible thing for our country. … A lot of our conversation has to do with the fact that we have to open up institutions. We can’t let these people be on the streets,” he added. 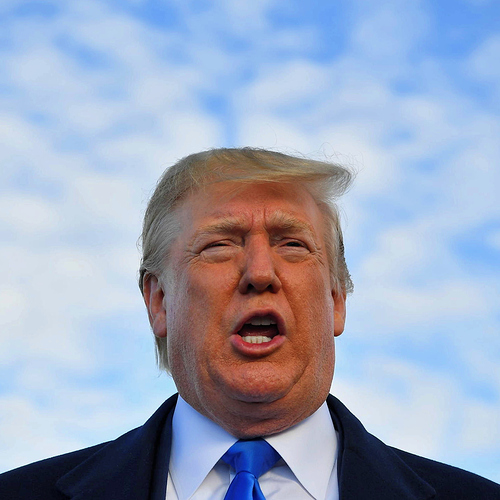