So, been vaping/mixing for 7 years. Been through a fair amount of hardware in that time as you can imagine, however, I kind of missed the small single coil bus.

Into rebuildables from a fairly early stage, tanks at first, then RDAs. For the last, I don’t know, 3/4 years, I’ve been exclusively squonking. Until a couple of months ago the recurve, drop solo, the drop, or the pulse 24 would be sitting atop the squonker.

I don’t have many friends that vape (given away a fair bit of hardware and juice to friends to try to convert them, but most go back on the stinkies… hopefully not a reflection of my mixing skills), so I exist in a kind of bubble, and get all my info on products from online / youtube reviews.

Well, I’d probably read about the hadaly etc, but it had just passed me by without piquing my interest. I mean, to my untrained eye, it just looked uninteresting… not enough flashy airflow holes/curved build deck/flashy branding.

Decided to order a clone a couple of months back and, well, wow. It just floats my boat 100%. The fairly restricted airflow and taste blew me away. I then saw an RDA on gearbest for $6 shipped. Looked similar to the hadaly, so thought why not.

When that arrived, I thought I’d wasted $6. The small Phillips head screws used to trap the wire onto the build deck looked like a cheap toy. I was literally considering throwing it as I tried to get 26awg wires to nip up under the screws.

Once wicked though, I realise something weird was going on. How the hell can this $6 rda that looks like it fell out of a Christmas cracker taste so good?! A quick google, and I worked out I had bought a Hussar V1.0 clone.

Currently waiting for the citadel clone, and the entheon.

So, I’m not a fan of clones (lol), but I just couldn’t throw high end money at an unknown. Once those 2 rdas arrive, that’ll be the end of my clone collection, and I’ll be putting the cash into the hands of the guys that did the hard work, and buying one or two genuines.

Just wanted to throw this out there, as I’d missed the train, and there could be others like me that these small single coilers really work for, who haven’t discovered them. Grab a clone, they are the price of a prawn sandwich, then go genuine if you want.

I’ve had so much fun remixing some of my old recipes, and revisiting them on the hadaly/hussar. Mixing no longer “a job”.

Currently sitting with a cup of tea, happily going through my steeping box like a kid at Christmas. This banana nut bread is so good I think I’m going to skip breakfast

Happy sunday everyone, wherever you are, and whatever you are vaping on!

Ua the citadel , hadaly and entheon are supposed to ne pretty damn good…These are hard to get though so for most that one today have to get clones…what brand of clone did you get ??? SXK I belive is one of the better ones…i was thinking of grabbing some as well…thw derringer was my fave SFT for ever into.it got roo hard to build on for me

Hadaly is an SXK. The hussar is just called “Hu V1.0” on gearbest. Entheon (fasttech) also does not seem to state manufacturer.

I’m not too bothered about the quality to be honest, from what I have read, all the clones come extremely close, if not identical to the original. I’m simply using them to confirm where my particular enjoyment is, and then make an informed purchase of an original.

I see a lot of people talking about using these style of rda for SFT, and I can see why, but what I don’t understand is why it wouldn’t then be your all day atty? Find it strange that someone would run a cloud chucker all day, but be that bothered about flavour to SFT. From what I have read, there are a few of these 22mm that can take a fair build as well, as a kind of halfway house (jenna?). Only what I have read, no personal experience yet.

Just confirm, I meant that the clones are extremely close in experience (airflow/flavour etc), I didn’t mean the clones are necessarily equal in machining quality!

I started my journey on that bus… moved to dual coil… returned to single coil… not budging away from them now. Once I fell into vaping NET liquids 100% of the time, nothing else will foot the bill. I do find that having a SC atty in which I can get to all sides of the coil with a SS brush is a good thing; cleaning my coil on a daily basis is an absolute must for me.

Well, now you’ve mentioned coils, that’s another subject… what kind of builds do you prefer?

I must say, I’ve never really got into the exotics, I find a simple kanthal, 26 / 28awg, 4 or 5 turns better than anything. Think I’m a fan of low mass fast ramp up.

I also squonk exclusively on regulated mods now, so I never really take much notice of the build, just throw it in and find the sweet spot with the wattage. Am I missing a trick??!

…you do you. I’ve always been a simple SS round coil guy myself; tried others… wasn’t impressed, too much trouble… etc.

Oh yeah… Slow ramp up is my game with NET… better flavor all ‘round.

I would say… If you move over to a mech mod for fun… buy yourself a good atty meter to test your coils first, prior to usage.

Good advice, I used to use mechs, and being an electronic engineer, I’m no stranger to Ohms law.

Once I’m done running through my steep box, I’ll be playing with coils next I think. I’ve kinda got the feeling that it won’t make much difference, but I have a rather eclectic collection of wire types and gauges, so that will kill a couple of hours!

Mate of mine popped round today to pick up some juice. He’s on a tube mech, running a 0.09 coil.

He assures me he has new high CDR batteries, but I did the maths, and winced every time he hit it

I did the maths, and winced every time he hit it

Make peace with your friend, if you two have ever been at odds with each other… because, it’s only a matter of time before he blows his face off!

Yeah, not exactly much wriggle room on a build like that is there… plus those brass tube mods just look like some form of a grenade as it is.

If a battery isn’t listed here…

…I wouldn’t trust it.

those brass tube mods just look like some form of a grenade as it is.

I’ve been using quite a few Mechs since ‘14… they’re fine, IF you use good judgement. Mechanical Mods are the cockroaches of the vaping world… they’ll be around long after the world is blown to bits by a thermo-nuclear bomb.

We just won’t be around to use them. 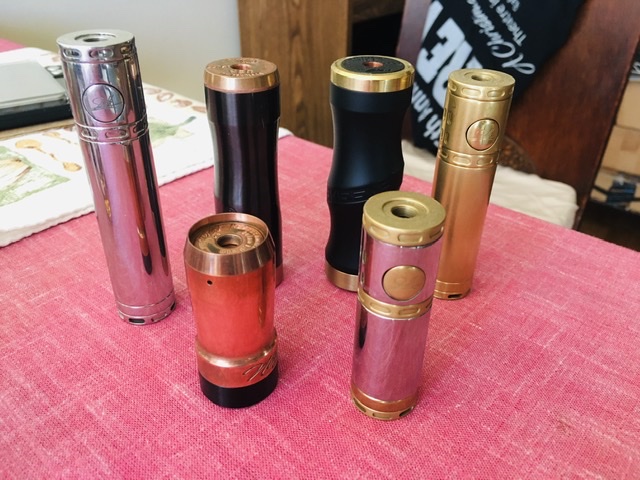 . As you say, I’ve got a couple of mechs strategically placed (in van, at work) , ready for the inevitable failure of the regulated carry.

My pal mentioned mooch’s results on his batteries, the dude has been vaping longer than me, and been in the industry as well. Still not sure why people push the envelope that hard though.

got a couple of mechs strategically placed (in van, at work) , ready for the inevitable failure of the regulated carry.

…always be prepared, I say.

As someone who swore a few months ago I’d never get into this crap, I ordered the wasp and the elder dragon this week LOL … of course the only review I could give on either will be … hey I was able to put a coil in this thing

I’ve got too much crap, but dammit, now you went and made me Giggle it @authormichellehughes. I keep hearing bits and pieces about the elder D, never really gave it much thought, so I checked out bits from Mike and with the (I think I’m in love) big ass screws (side access), and what are they, air pipes loading air directly into the coils ?? I think I now must have one. 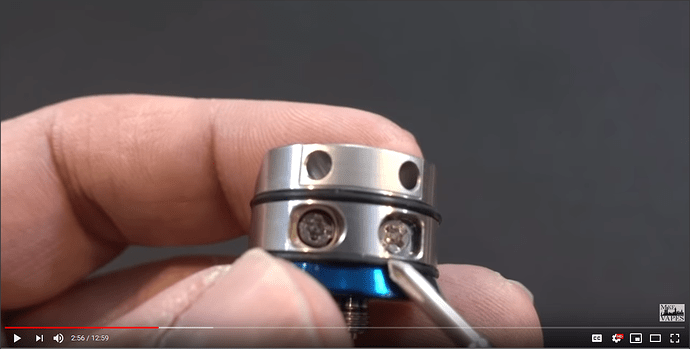 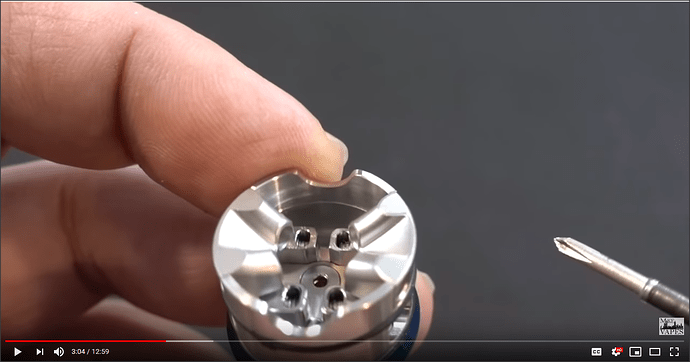