Bit of a milestone for me today - today is the 4 year anniversary of my final analogue cigarette.

I had my first vape in 2012 with a rather shitty cigalike which didn’t take. I am pretty sure it was 100 pg and made me cough like you wouldn’t believe. (it still works today and still makes me cough lol) 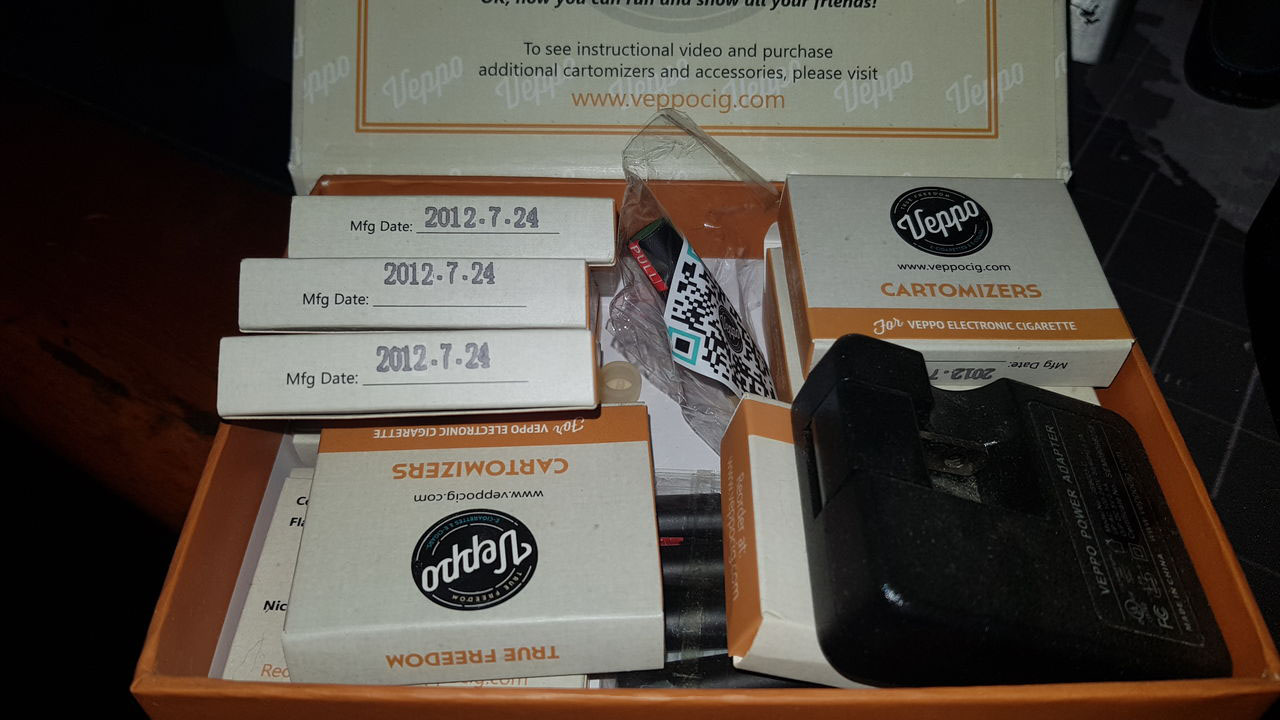 Once a decent device was in my hand I found it super easy and quickly found that store juice wasn’t for me. Since Nic was and still is not a thing in Australia I was sort of mixing from day 1 adding nic to store bought juice. It was a fairly quick transition to mixing simple single flavour mixes (many of which were tyre fires lol).

I think back to my first year and the mixes I was making while they kept me off the smokes there were some truly horrible mixes I vaped. It wasn’t until I found ELR that I started making some more palatable juice (not to mention the flavour collection exploded). I want to thank the members here that helped me when I was first starting out - never underestimate the power of a simple comment or a like on a post to a new vaper/mixer.

So my thanks to all of you for your support and friendship. When I say $80k saved it is really 80k I had to spend on other stuff like flavours and mods lmao.

So my thanks to all of you for your support and friendship. When I say $80k saved it is really 80k I had to spend on other stuff like flavours and mods lmao.

Congrats on the anniversary.
Thank you for your contributions to this community. 80k you spent on gear and concentrates has helped all of us.

I just hit my 5 year anni few days ago.

Awesome mate well done to you

Cor blimey ! And I thought that the nearly $10 USD per pack cost here in Washington State USA was high !

It’s been ~14 months since I ditched my long standing Stokkebye Danish and London Export and (gag me) Rouseco Golden Harvest “pipe tobacco” blended “pack my own” ciggies routine. The DIY NET bit (after the acquiring some suitable hardware rituals have been completed, that is

) is “dirt cheap” in comparison to previous costs. However, avaricious nanny-state bean-counters are ever circling closer, like hungry wolves.

Over 48 years that I continuously smoked, total monies spent (on cigs and RYOs) - regrettably significant.

Congrats brother …And thank you , I feel like we grew up together in the mixing world…

Ya …even internet sales ??? I was born and raised in Tacoma now live in Mt Vernon b4 MV I lived in Anacortes Wa

That is the legislature’s intention. Here’s the final Bill Text as signed into law. The sometimes informative Bill Report on the final version of the bill. However, the results will depend a lot on whether out of state/country vendors will be successfully compelled to recognize, collect, and remit such things (with increasing costs charged to customers and increasing complexities for the businesses). Probably not - absent legal jeopardy.

Many years ago this state made law a requirement that state sales tax be collected on such sales. But that was to a very large extent ignored. The recent “Wayfair” decision in the courts has allowed the states more leverage with (at least) many larger retailers. It used to be that they had to have a company presence in the state. Now, any vendor doing more than $100,000 annual business can be sued by this state for failing to collect/remit sales taxes. The difference is that states can now effectively sue out of state vendors in-state. The threshold amount appears to in many cases be $100,000 annual sales - but in some states the amount is as high as $500,000. A state-by-state listing of the various sales threshold amounts can be found here.

I do not know if the “Wayfair” decision (regarding sales taxes) can be applied regarding this (classified as a “tobacco”) tax. Although the decision in Wayfair dealt only with sales taxes, it seems that the Court’s rationale could similarly be applied to excise taxes. The State of Florida is presently attempting to apply “Wayfair” to a “tobacco” tax (results in the courts regarding Filing #76246985 on 08/09/2018 is not known).

(Jan 7, 2019): Florida has still not issued guidance for remote sellers. Not since Attorney General Pamela Bondi and William Stafford III signed a court filing involving a tobacco excise tax, indicating that Wayfair controls the outcome of remote seller sales tax laws and “there is no reason that case should not be applied retrospectively as well as prospectively,” has there been any indication of what the state may enact. In the Wayfair decision, the Court specifically pointed out the virtue of the South Dakota law not being retroactive, and while Hawaii toyed with the idea for a while, no state has enacted a retroactive economic nexus rule to date.

Smaller sized out of state vendors (might) well prefer to ignore such things entirely. We will be finding out. Probably, the less that customers voice/raise concerns with vendors, the better ? If and when the state(s) “get to” vendors, it will be what it will be. Probably time to stock-up (particularly where it comes to all types of liquids that contain Nicotine) before folks may be caught by surprise with additional taxes and restrictions ?

The heartiest of congratulations my friend!

Many more to come for you, and the community wouldn’t be the same without you man!

Congrats! keep at it @woftam and TY for all your help and kind words also.