Am I going insane or is this flavor giving me heartburn?!?

so go easy on me.
Not sure if I put this in the right category so I apologize if I didnt…

Anyhow, I rarely have acid reflex issues. The last time I had any heartburn was back when I was preggo with my son 14 yrs ago(which is a common pregnancy symptom). In the past year, I started getting small amounts of heartburn. It wasnt that bad I thought since Tums took it away so I brushed it off blaming getting old is the cause…but then I started noticing an increase of heatburn that lasted for several hours & Tum wasnt working as well & was waking up in the middle of the night jumping out of bed cause it felt like I was going to be ill even thou I had zero nausea… I started to keep a journal to keep track of everything I do or eat to find out whats triggering it so I could put an end to this.

The only pattern I saw was having the same ejuice flavors I was vaping when I was going thru these episodes. One of them being Grape Juice TFA & a few different strawberries and another fruit flavor… Im typing this right now while I chew on a Tum

and yes,I did dump out the Grape Juice ejuice outta my tank just now to put something else in it when I realized this may be the reason. Am I going insane or can these flavors actually be giving me heartburn?!?

I don’t know about flavors causing this though I suppose it’s very possible. I’ve had vaping in general trigger heartburn at times (not often) no matter what the flavorings were. Once I got the hiccups so bad, the heartburn followed and it was pretty awful.
Hope you figure it out.

I think everyone knows that smoking/vaping can cause hiccups…but hiccups leading into heartburn? Ouch No thank you!

Tums didnt work,so Im now onto almond milk to see if that’ll do the trick

(For what it’s worth), you are not alone. From a 2013 study that searched forums for user descriptions: 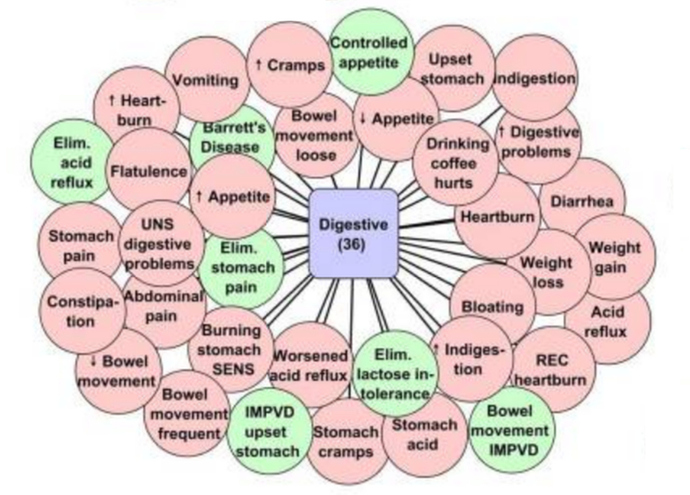 This (2019) paper specifically concerns itself with cyto-toxicity (not with acid reflux per se):

If you write which strawberries and fruits that you experience it from, it would be easier to pin down what could cause it. It could very well be the ethyl acetate which is ester formed by ethyl alcohol and acetic acid which is fairly common in strawberries and other fruits.

To see a list of TPA flavors that contain ethyl acetate, which might be helpful, check this link: https://shop.perfumersapprentice.com/specsheetlist.aspx and search for ‘7452-79-1’.

Right now, Im just trying to get over this God awful feeling.

It is one of the things the TPA Strawberry and Grape Juice got in common.

Looks like mucus-membrane enzymes split it into Acetic Acid (present in Vinegar) and Ethanol (alcohol).

“Recommendation from the Scientific Committee on Occupational Exposure Limits”

The toxic mechanism of this simple carboxylic acid ester is well understood. Due to the rapid enzymatic cleavage into acetic acid and ethanol, even by the epithelial cells of the respiratory tract, ethyl acetate is unlikely to cause systemic effects at low exposure levels. The critical effect is therefore irritation of the mucous membranes of the upper respiratory tract. … On the basis of the irritant properties of ethyl acetate an 8 hour TWA of 200 ppm (734 mg/m^3 ) is recommended. Up to 400 ppm no significant irritation occurred in a modern volunteer study with 4 hours exposure.

I’ve had a similar reaction to the grape flavors that’s I’ve tried, too.

I think it was Cappella’s Concord grape with stevia… I’m on a prescription strength med for GERD and it gave me heartburn!!

The others were just a mild heartburn-y feeling but that grape with stevia…WHEW!!

Do you remember to keep hydrating? As we vape, we need a bit more water than normal…

A couple of years ago I discovered Rich Cinnamon. I loved it, more than any other flavor. I started off at the suggested low rates but very quickly ramped it up to .5-.7. I vaped it almost every day in one recipe or another. One day while swimming I had a burning sensation when breathing deeply and I was unable to fully inflate my lungs. This went on for at least a month til I thought about the RC. I immediately stopped vaping it and within a few days I was back to normal.

So, to address your question, shit yea, it could be giving you heartburn.

Might be off topic but get your gaul bladder checked

Right now, Im just trying to get over this God awful feeling

Have you tried aloe vera juice? I’ve had GERD off and on for years and it’s about the only thing that works for me. I use Tums for the occasional bout, but if 1 or 2 don’t cut the reflux then I’ll slam 2 oz of aloe vera in 8 oz of water and it shuts down my heartburn. I like George’s aloe vera juice - no taste and works well. Hope you get some relief soon. I’ve had a few odd reactions to juice before as well. Having wonky body chemistry is a pain in the butt!

Also, welcome to the forums!

Dang,alot of symptoms!! Come to think about it,I also get a runny nose too, but it isnt severe & it barely annoys me & I dont get it too often. Im allergic to multiple foods & many outdoor seasonal things so I wouldnt be surprised if something in flavors I could be allergic to as well.

@paingawd
No, I dont have aloe vera juice. Didnt know you could drink that diluted.

@Freddie3
Maybe it was there smell? Dont think reserve psychology will work on heartburn…and the only people Ive been around have been my roomies which own this house & my son that lives with me fulltime so I have no one else coming over,especially with everything shut down.

@Wombatred26
I havent tried any other grape flavors so I wouldnt know but that could be possible. Yep,the others werent as bad but Im telling you,that heartburn was worse then when I was 9months preggo about to pop.

@Ronni
I’ll be interested in looking that chemical up to see if there is any other info on it. last night,I ended up drinking almost half of my 1/2 gallon Silk almond milk carton & it finally went away. I really do like the grape juice TFA flavor but Im guessing my body doesnt. Maybe if I vape it again, it’ll be in short amounts & not 2 full days nonstop.

Since I’ve been doing bunch of testers for the past year, I’ve had lots of flavors I tested but I only made 6mg bottles so it wasnt enough to last me. Im wondering if any other flavors can cause this that I was barely using. There were only a few ejuices that I vaped in between the tester bottles to give myself a break from always trying to test & take notes. It was during those times,is when I experienced the heartburn as I vaped it more. Note keeping is important. I would have never discovered flavors could be doing this to me if it wasnt for me keeping notes to find out what was triggering this. Makes me realize,I need to do more note taking with all these testers to be more thorough & not just “it tastes good”

@Raven-Knightly
Thats interesting regarding Ethyl Acetate.
Its hard to tell how much is considered “low exposure levels”. I wonder how much Ethyl Acetate was in that 20ml bottle that had 10% flavor (it was a single flavor ejuice) I just vaped in those 2 days?

@natbone
Why did it take you a month to figure out it could have been the Rich Cinnamon? Thats along time to not be able to breath well. Hope it didnt leave you with any perm damages. Rich Cinnamon,what brand is that? I have Cinnamon Danish Swirl V2 CAP that Im using less & less cause I found Cinnamon Pastry WF that is delish all on its own unlike the Cinn Danish Swirl.

There are a slew of different brands of aloe juice out on the market. It used to be a pain trying to find- mostly in health food co-ops. Amazon carries George’s. I like it because there’s no funky taste to it. Some of the other ones on the market are a little too pungent for my liking.

If one would like to also consider Cinnamaldehyde (sometimes present in various flavors such as “fruit”, “berry”, “coffee”, “tobacco”, “sweet”) as a possible additional irritant, see links in previous posts (below):

It seems that perhaps no single e-juice flavor constituent has been alleged to be so notoriously troubling(?): Study of non-heated e-juice using human-derived endothelial cells grown in laboratory (June, 2019): The cytotoxicity of the e-liquids varied considerably, with the cinnamon-flavored product being most potent and leading to significantly decreased cell viability, increased reactive oxygen species (ROS) levels, caspase 3/7 activity, and low-density lipoprotein uptake, activation of oxi…

Reading warnings on various “flavor pages” and (arguably impossibly, given the complete dearth of info relating to administration by inhalation) divining what they might actually mean seems essentially useless to me. The very prominent human tendency towards “pro/dis-confirmation biases”, together with the quite legitimate concerns surrounding the intentions (and perhaps some pre-baked goals/outcomes) of research funding these days, cheapens data (where relevant/valid information content can be …

… a study that showed most heart attacks happen monday mornings right before 9am.

In addition to Monday mornings (with associated possible “stressors”), the time period of ~40 minutes following initial waking (during which a lot goes on in internal “bodily chemistry”, such as increases in circulating Catecholamine levels) has also been identified as cardiovascular “kick the bucket” territory. 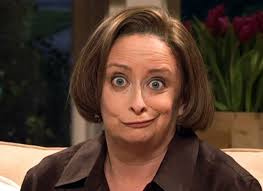 Not THAT! ANYTHING BUT THAT!!!

Late to the party, and never had any issues with Grapes or Strawberries, but many/most tobacco’s give me the same issue(s).

That’s what I found when I thought it could be that. Got me off that right away.