Animal lovers, what furry friends do you have?

Two weeks ago we brought home a mini Vietnamese Potbelly Pig to join our dog, 2 cats and frog. We decided to name him Duece Pigalow. Anyway, I was wondering what pets other members here have.

We decided to name him Duece Pigalow.

Pig name of the year! Awesome!

We have 5 cats, all rescues. Two of them are blind, but the biggest trouble makers of the bunch. They both fly around the house, chase & wrestle with the other cats. You’d never know they were blind. (except for the eyes always closed thing)

I can’t take credit for the name. That was my wife’s idea.

Having a piglet, he’s six weeks old, is like having a puppy, adult cat and a 2 year old all rolled into one.

I think I mentioned it earlier, but I have two feline overlords. Both are blue-point Saimese. 23 year old Sara Lee and 6 month old Kara Li. Yeah, gets confusing. I wanted to name Kara “Dee oh gee” and spell it Dog to mess with the vets, but no. She needed a “normal” name.

Nothing furry here…(although if it was up to the rest of the household we’d probably have 20 furry things running around) Just fish. About 20 of them I think… My tank is full of fish named after drugs… Yeah, inappropriate.

Fish named after drugs…I love it!

It started as a Molly tank so I kinda just had to run with it. 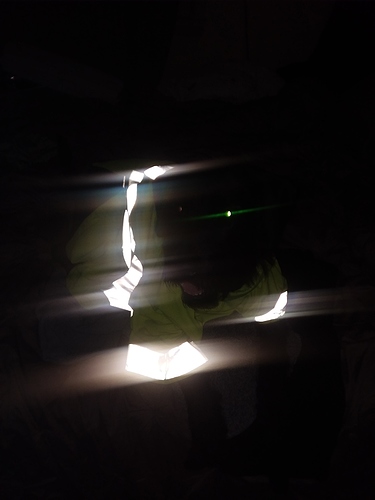 Wow! You all must be saints.

Tugg’s fur matches Tokie, she sleeps all day and he’s a 90lb wreckingball of energy lol he eats her poop he loves her so much. Check out the horror stories thread if u need more info

Please tell me you have one named Xanax.

Currently I have one 6 month old pup that is in the little vet hospital for the weekend. I am missing him so much right now.

Been there. My little Kara had to spend three days at the vet due to surgery. We went crazy without her. Us hoomans were worrying 'cause we weren’t hearing from the vet. The queen was looking for her princess and howling (kinda surprised me since before that they weren’t exactly getting along). It’s amazing how fast an animal can become part of the family.

It’s amazing how fast an animal can become part of the family.

I have had emergency situations with my children where I acted fast, calm and confident and never broke a sweat. But my pets just frazzle me to no end. I literally panic.

I know what you mean. I think it has to do with communication. A kid can tell you they are sick. Where they are hurt. How bad it feels. An animal can’t do that. That makes it scarier. The increased feeling of helplessness.

Okay I take that back. In theory parrots can communicate that, but you have to teach it the appropriate words.

Actually I have an unnamed little loner guppy… He will now be Xanax!

Sorry to hear about your puppy, TM!

Two girl cats (both rescue) called Phoebe and Martha aged roughly 12 and 9, one boy Bichon Friese pup called Henry and aged 6, one budgie (he was our office pet but was getting miserable being on his own at weekends) aged 1, named Sonny.

My little house is turning into a veritable zoo

Two cats, Luna and Happy, who don’t really get along and make my life interesting. LoL.

Hey cat lovers (and sympathizers), if you're the praying sort, say a quick one for my girl Luna and I or send us good energy. She has CKD and it was a really bad night last night. Spent yesterday throwing up and hasn't eaten, drank, or moved much. I'm force feeding/watering with pedialyte and baby food until I can get her to the vet. To top it off, my other girl Abby (human) has a stomach bug. It was a long, disgusting night. LOL. Luna did get up and drink a little on her own this morning so I'm…

Two puttums. Zoe and Bleu. Zoe is a Tuxedo and Bleu is a Norwegian Forest. Act like brother and sister for sure. Zoe is wired and Bleu is mega laid back. One thing they share. They are eating machines.