Any hard core Gamers in the house?

Hey guys, was just curious if there were any heavy video gamers hanging around in here. I am always looking for new people to nerd-out with and discuss the latest and greatest games out.

I wouldnt say a hardcore gamer but I do play a lot of Skyrim.

I’ve been so addicted to the Division lately. I may quit mixing and do professional gaming

right on man. I spent way more hours than I am willing to admit playing Skyrim…then I beta tested Elder Scrolls online and just got burnt on that whole series…

There’s a game out called “Dragon’s Dogma” you might like if you liked Skyrim. Lots of differences but some things are very similar.

Ever play any MMO’s?

Division…that’s the new Tom Clancy one right? Is it a FPS?

One time I was. Now my kids have taken over my old xbox, and I rarely get near it

Last games I played for more than a few hours were Skyrim, GTA V and used to play a lot of World of Tanks. All I play now really are Hearthstone and Castle Clash, hardly hardcore

I think those games turn people into the hardest of the hardcore.

Im not such a huge fan of elder scrolls online. I will however be starting fall out 4 and witcher 3 soon.

I played WoW for way too many years. Formed a guild called Death and Taxes. Got way to serious for way to long. I’m free now lol.

I used to be a hard-core FFXI player. That’s how my husband and I met. It was so much fun!

yeah there were more than a few people lost several years to WoW…I just didn’t get into it. Now SWG and some other MMO’s back in the day still got me though. Now I try and just play single player RPG’s…no guilds…no forum arguments…no ‘scheduled’ raids. Starts to feel like work.

Starting Fallout 4 and Witcher 3 at the same time? You’re an animal, man. I can only play 1 major RPG at a time anymore…otherwise I get 100 hours in and never finish.

seriously? I have heard stories but never with any credibility…that’s kinda cool. How long did it take him to trust you enough to not think you are a dude? There’s a lot of that going on…lol.

I personally know 4 couples who met in an MMO and got married. 3 of them have been married for over 10 years. I think that is so fucking cool Alisa. Grats baby.

Our story is unusual, fer shur.
He’s Canadian. I’m Texan.
My oldest son was deployed in Iraq and suggested I try FFXI so we could talk online
in game while fighting monsters together. lol So, I bought the game, installed it and got
totally hooked. One time, while gather a team together to go ‘level’, I invited Djsstorm
to the group. We ended up ‘hanging out’ together in game a lot. We eventually became
inseparable, he a Paladin and myself a Red Mage… we made a great team.

18 months later, he decided to come visit me in Texas for 2 weeks. 3 months later (December of 2006), he moved here permanently. We married the following year and we are very, very happy. 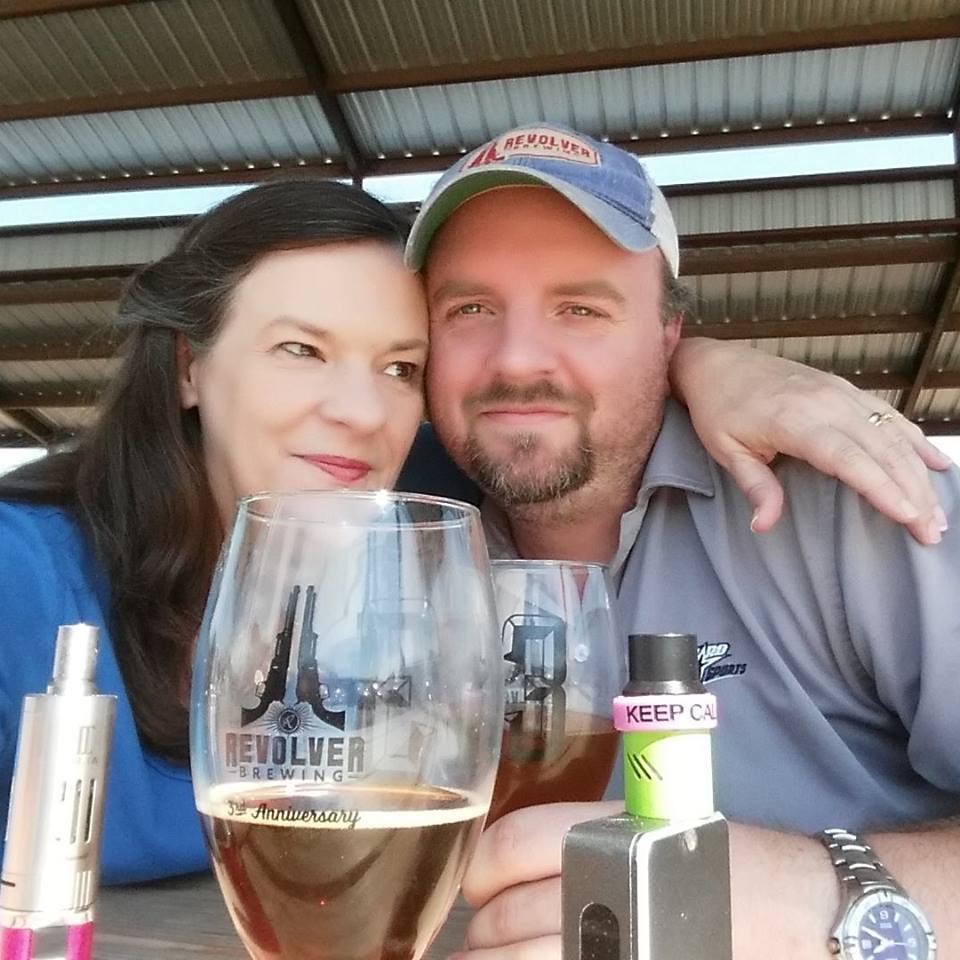 that’s awesome! As I have searched far and wide for a gamer grrl, this gives me some hope

pretty cool on the Iraq - FFXI - connection as well. Was your son free to play whenever he wanted in his down time? That’s actually a slick idea…it’s as close to being back together and safe as you can get in that situation.

On his second tour, he did camp networking, cabling, etc. so, he was fortunate and had access to the internet more than a lot of guys.So, yes… it was a way for me to be able to communicate with him regularly and I was very grateful for that.

I used to play WoW like a crackhead, missing out on sleep and the outside world for days at a time, lol. Then they just made too many changes and I didn’t like the game anymore. I started playing Starwars The old Republic instead for quite a while, a girlfriend I was with at the time got me into it, and we were a great team… until one horrible day I woke up to see my bank account had been drained to 0. I was nice enough to pay for her subscription one month, to which she took it upon herself to buy hundreds of $ worth of ingame extras with my card that was linked. I logged in her account, sent all the things she bought that i could to my character, and deleted all her characters and broke up with her. She was a definite addict, willing to steal and lie to support her gaming habit. I used to play COD: MW3 on xbox and ps3 at a pro level, doing MLG and IEM tournaments for a year or two, but life took over and I no longer have the want or time to game much anymore. I stick mostly to Clash of Clans type phone games now…

So sorry to hear about your encounter with that ass. Believe me when I say, it took many many months of regular communication before Sean and I trusted eachother. Cultivating a long-distance relationship is no easy task.

Yea, we had been in a relationship for over 6months at that point, didn’t think she would stoop so low as to steal from me. especially since her mother was a sheriff. lol.