Any other fisherman out there?

So i’ve seen one or two profile pics with fish in them. There must be more of us on ELR.

Where are you guys from and what type of fishing is your poison.

I’m from Durban in South Africa. Here I mostly fish offshore in a kayak and salt water flyfishing.

What do you catch near Durban…tuna?

Lobsters and whatever will bite a hook within 30 miles of the shore.

I grew up on the Gulf Of Mexico [USA] and have fished it since I was a child [now in my 70’s]
I moved inland [TN] and also no longer have my retreat down in the FL Keys, so I no longer fish
at all. I live on a rural section of Old Hickory Lake [Cumberland River] but never fish it…it just
is not the same. My neighbors ask me to go with them…I just say “the fish are too small,
and my rods and reels are too large”…

Now, if the right neighbor asked me to go…Hmmmmmm I would be forced to consider. One of my favorite pics. My daughter and I fishing for smallies in a little Upper Peninsula, Mi lake. 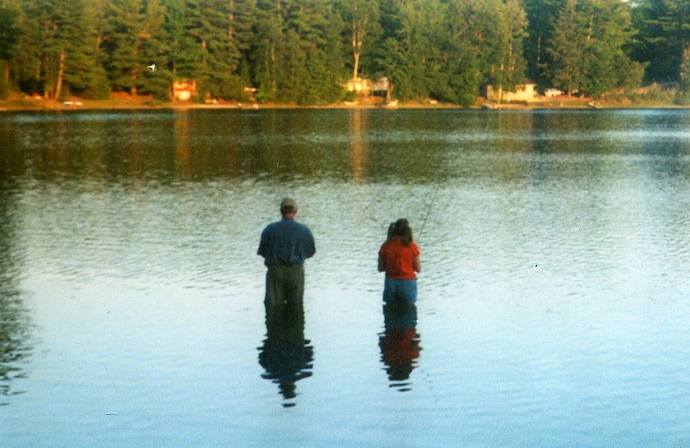 Live just south of you ( Nashville ) and after moving from Nebraska,
the fishing is WAY better here.
Still learning the spots; friends are taking the time to educate this old guy.

Bellingham,WA. Was where these were caught. I only got one of em’

Out of the Nooksac River coho Salmon I believe these were. This is last summer’s mid summer run. 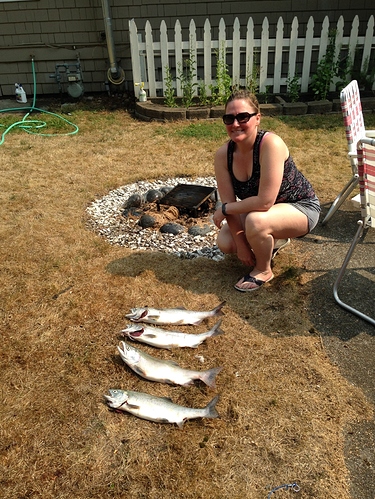 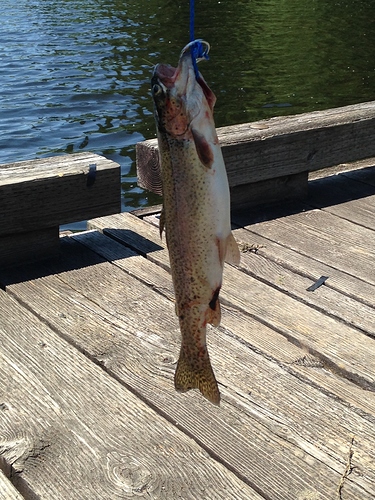 I just enjoy the peace and quiet time w/ my fiancé. Fishing has always been a part of my life. I grew up on the Gulf side of Florida fishing gulf and river !

Hey a fellow Yaker; very nice. I fish Cape May & Wildwood NJ and all saltwater for me. Right now the Striped Bass are just starting to run and I’ll be dunking the yak next weekend for the first time of this year. The big goal for this year is to add two new species to the bucket list. Fingers crossed for Sheepshead and Trigger fish. Good luck and tight lines.

I love to fish for anything,almost anywhere!

I live near Barkley Lake in the small town of Cadiz , Ky.
I mostly fish for Blue Catfish and I fish most of the nearby river systems including Tennessee ,Cumberland,Green ,and the Ohio mostly.Fish Lake Wheeler in Alabama a couple of times a year , wish it could be more!
I practice CPR on the Blue Cats over five pounds. Catch, Photograph, and Release!
I also travel to Venice , La every year around the end of October ,first of November to fish for the Red fish and Speckled Trout.Wonderful place to fish and some of the nicest people you will ever meet. 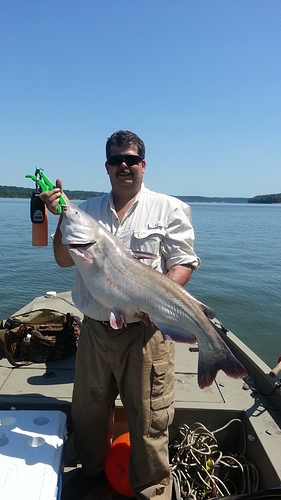 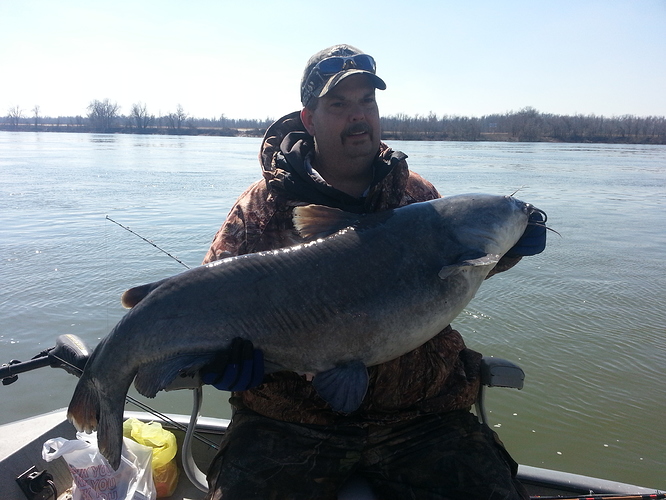 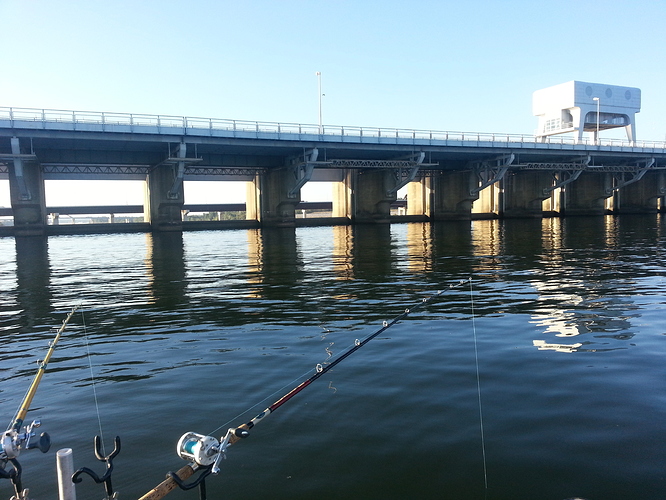 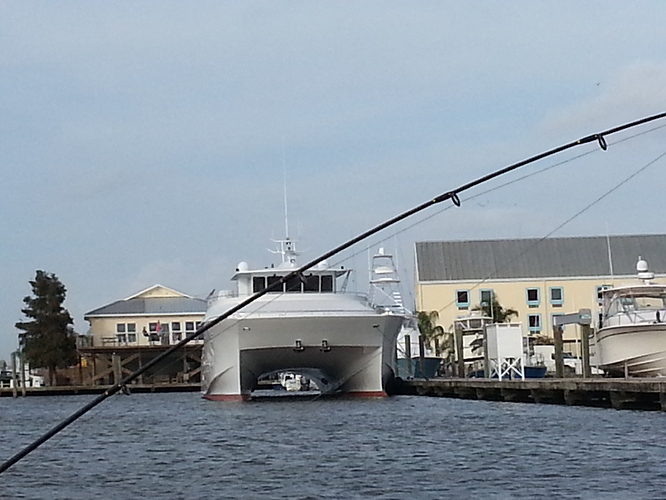 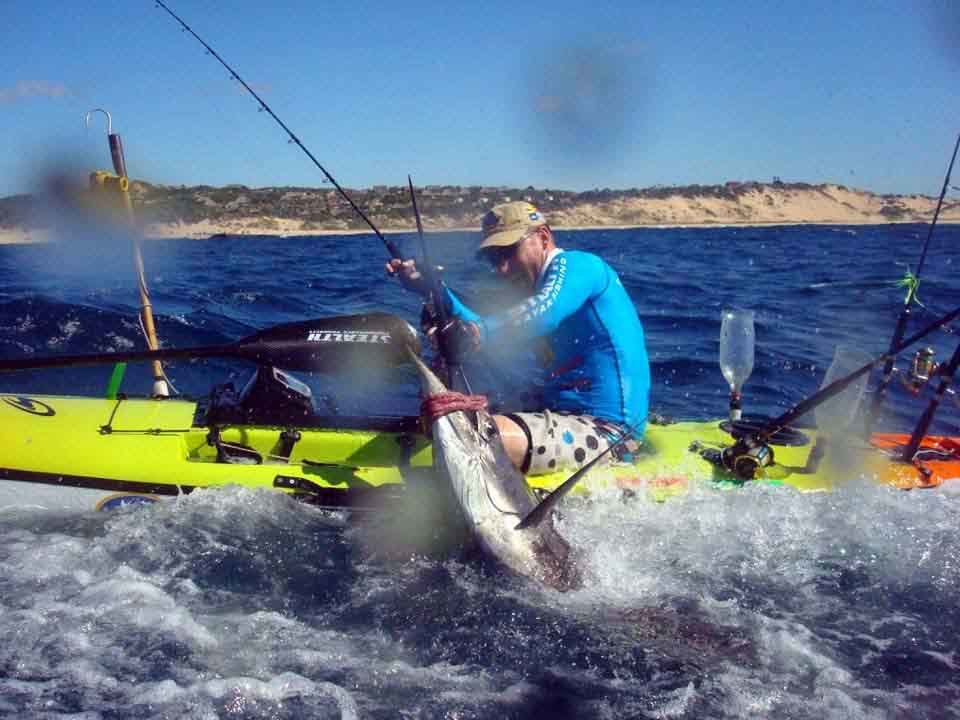 Wow, what a fish! I’ve fished from a small kayak before (loved it). A decent sized bass can take me for a little ride, because the kayak’s resistance is so low. With a fish like this, what prevents him from towing you half way to Australia?

Nothing really, because the kayaks resistance is so low you reel yourself to the fish as it tows you. It makes the fight shorter than if you where on stationary platform and bringing the fish to you.
Saying this I have been towed 6km before, was a 32kg yellowfin tuna.

@BoyHowdy I have a lot of family around Venice, Lafitte,etc.

I have never met a stranger in that area .The people are the most courteous that I have met anywhere.
I don’t see how they do it from the natural and environmental disasters they have endured the past few years.
When the wind is up we don’t take venture out very far and most times we can be found in the narrow passes.It amazes me that the shrimp trawlers will slow down when passing to a no wake speed just so they don’t mess up your fishing.They have been out all day ready to come in and yet they slow down for my fishing.Great people!

I like my family. I miss being there sometimes. In general, the folks down there work hard, play hard, and are respectful.
Most of them treat anyone like family…but if you screw up big…gator bait !

Awesome catch and beautiful boat. Is that a Stealth kayak your paddling? Upper end yaks like that are hard to find here in the States. The market is flooded with cheap plastic yaks. They’re fine but most paddle like barges.

Yes its a stealth profisha 575. They are made here in Durban where I live. My brother is a sales rep for them so I get them for a really good price.