Anyone into Model Railroading or Model Building? Share Your Work

I started building dioramas years ago. I was real big into N Scale because it was fun trying to get detail into such a small scale. This is one of my little trucks

Here it is next to a penny

I scratch-built all the bed and plow from styrene

And a diorama and one of my twisted wire trees I have a lot more to share lol. Show us your creations!

That one cool tree. Looks as one could throw the cotton to it and smolder. lol
Good craftsmanship!

I find miniature models impressive. Wish I had your talent.

Great job and very cool … Thanks for sharing.

That is awesome work!

Thanks guys. Nobody else model? I figured with all the old fogies here we would have some serious model builders. I am mediocre at best. There is a guy I know who builds in Z scale (about half this scale) and he builds some really amazing stuff.

I forgot about this one. It was a fun build

Check out the mud flaps

That is amazing stuff!

I’ve built balsa R/C gliders. The first time I flew my 6 1/2 foot wingspan glider, and crashed it, I ended up with a lot of pieces this big!

Thanks. Styrene is pretty fun to work with. You can form it into almost anything with a little bit of work.

Truly artistic work. My son works with that stuff every day and uses a computerized laser cutter to cut out different stuff. Some of the guys also use scrap and cut out sports team logo’s then glue the pieces together in layers to make the different pieces into a complete 3D logo you hang on the wall. I will take a pic of the one he made me later and post it.

I always thought it would be nice to build a layout. But after you build it the maintenance is so ridiculous I know it would just collect dust.

I have been buying a little at a time for years. Mostly 50’s to 60’s vintage Lionel stuff.

As a boy growing up my best friends Dad had a layout that took up most of a 3000 sq ft basement. I spent many hours there on the weekends helping with maintaining the layout and also having a blast using it.

I have the time for it now so my only excuse is finding the space for it. Maybe some day soon if the kids get there stuff we seem to be storing for life out of the way…

[quote=“wvsanta, post:11, topic:43039”]
Maybe some day soon if the kids get there stuff we seem to be storing for life out of the way.
[/quote]I have the same dream.

I said I would put up some pic’s of the sports logo’s my son makes out of styrene so here ya go. 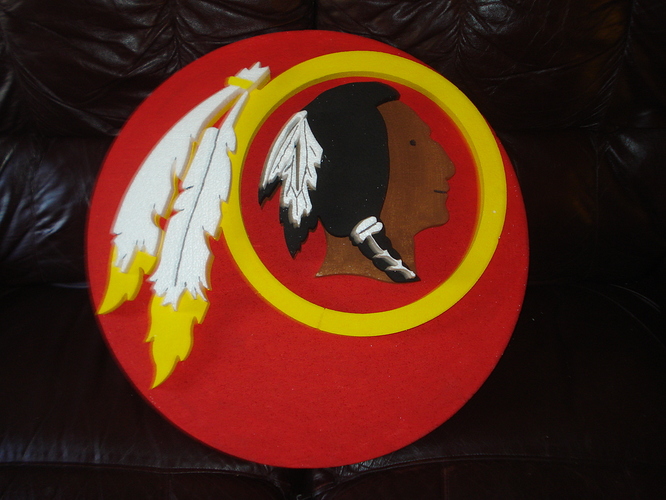 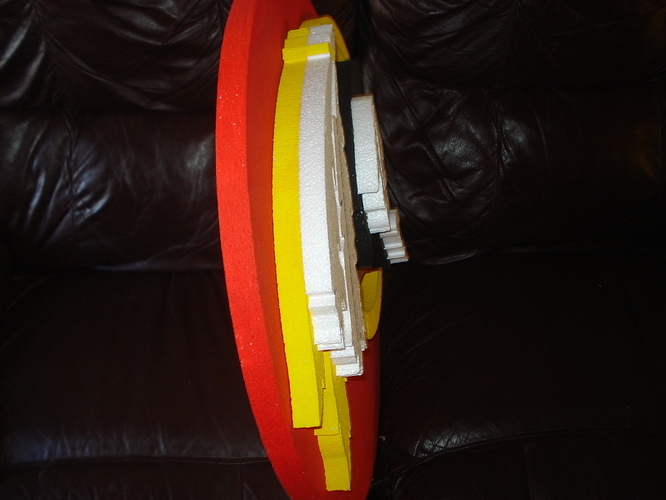 As you can see this one is four layers thick. They use a computerized laser cutter to cut the different pieces out of scrap styrene. The company he works for makes all kinds of stuff but mainly insulation panels for different applications in the building trades.

I have the same dream.