Well, I’ll be! I did not know this. I do yoga because I like what it does for my body but I have no interest in Hinduism whatsoever. Now if teachers were using yoga to indiscriminately convert students to Hinduism I could see this as a problem but that’s not the case. Read on. You can find this news internationally but I chose a local AL newspaper. 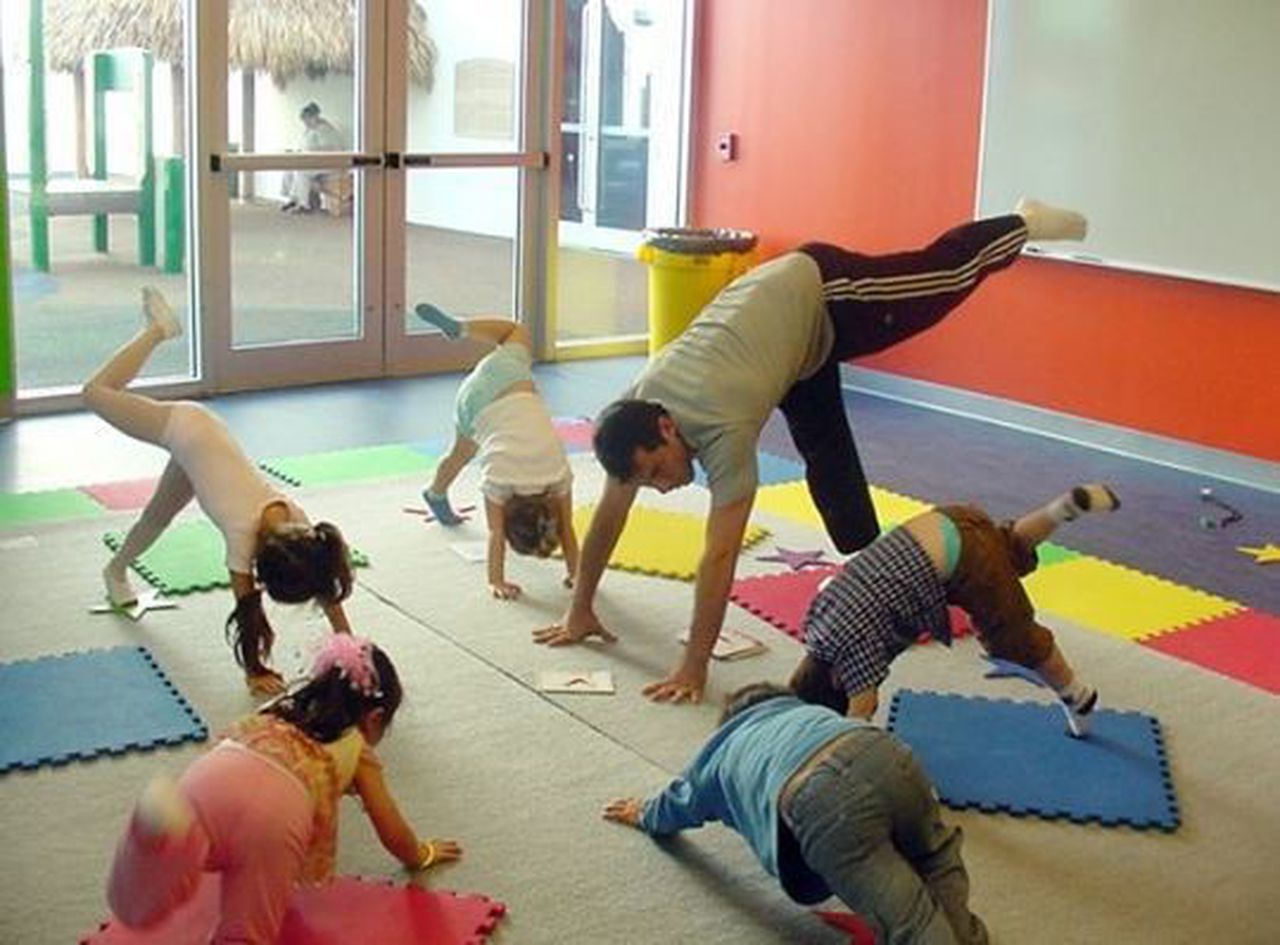 Why yoga can't be taught in Alabama's public schools

I really didn’t want to start a thread on this but I couldn’t figure out where else to post where it would be visible to interested parties. 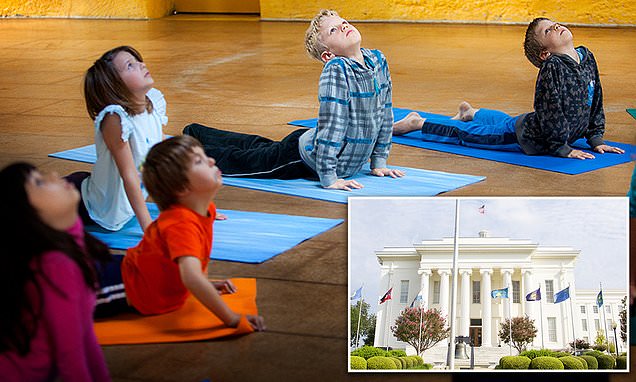 Alabama lawmakers stalled on a bill meant to lift the ban on yoga in the state's public school. The bill faces opposition from conservative Christian groups that say yoga pushes Hinduism on kids

I just cut my own hair.

I know nada about yoga, but wanted to contribute to the thread so there you go

Edit: I’m quite good at giving myself haircuts, it should be noted: years ago when I realized paying a hairdresser $35 to halfarse snip my hair while she’s talking to some woman in the seat next to me the whole time, then having to walk around looking like a dickhead with a bad hair-job made me switch to doing it myself - not only is it more convenient and costs me nothing this way, I actually give a shit how it turns out, and ever since I’ve just done it myself

I just cut my own hair.

How did it turn out? I’ve never seen so many articles about cutting your own hair since the pandemic broke out.

How did it turn out?

Hasn’t dried yet, but I know it’ll be sweet since I never cut it super short so there’s no need to be perfectly even every cut - rather, I focus on removing ~1inch or ~2" of dead ends from the fluffed-up hair, leaving only fresh hair afterwards.

I’ve developed a method of cutting it where I first fluff it up as much as possible, then hold the scissors around two inches or whatever seems right and even the back turns out good that way: since I’ve only got one mirror and using two isn’t any easier anyway since everything is back to front, I’ve been doing it that way for years now.

Whenever it starts looking scruffy

Incidentally, my father’s last name is Barber, and though I got plenty of annoying shit at primary school over it I do wonder whether there’s something to my ability to cut hair well.

Like Smith’s having that blacksmithing family trade in bygone years, or Wood/Carpenter.

Why would they fn ban yoga in schools!?!?

Why would they fn ban yoga in schools!?!?

Well, ya gotta read it! Basically, it’s a religious thing. They think that it promotes Hinduism. The argument is that this violates our separation of church and state law. America is supposed to offer freedom of religion. Remember, that’s one of the reasons the Brits hightailed it over here.

They think that it promotes Hinduism

In all honesty, I’ve known a few people - in passing/aquaintance kinda known - who do get really weird around yoga: one chick Barbara who was German, she was ‘arranged married’ to an indian dood who was chosen by the yoga ‘sect’ or whatever she was a part of.

Then that Latina I hooked-up with who wanted to start her own Ashram bang in the middle of fn nowhere, Western Australia and all the weirdness that went along with that… the control that old woman ‘swami’ had over that Latina, who was otherwise stunningly intelligent…

While our society generally seems to view Yoga as simply an exercise routine, in its wider context it seems to be quite capable of resulting in people going cult-level-weird and doing shit that’s not at all in their best interest…

Mmm… that’s not the depth of philosophy they’d be obviously teaching kids in schools, though I could see how people could get concerned about it - even without being christian or other religious groups.

And of course, if christian teaching isn’t allowed in government/public schools, obviously the Christians in society are gunna have a spastic about anything that even smells like another religion being allowed

I’m Agnostic, myself but wouldn’t ever assume to think any organized religious ahh organization has a fuckin’ clue what that greater intelligence could be: it amounts to someone choosing a religion like they choose a holiday package because they’re too lazy to organize it themselves or too freaking-out-panicked at the thought of a holiday that’s not all perfectly planned-out ahead of time - such people don’t like random, meaningless occurrences so a spontaneous holiday wouldn’t appeal to them.

That’s a pretty shitty analogy but I’m too tired to think of a more apt one: organized religion just seems like the McDonalds happy-meal of spirituality - that works actually, and didn’t require half the words

I can only reply from my personal experience. Practicing yoga has kept my body in the best shape I could imagine. As far as Hinduism is concerned, I have no interest at all. I think the teachers are just trying to keep students in good shape using a low impact exercise.

I think the teachers are just trying to keep students in good shape using a low impact exercise.

Yah - that’s the idea I’d figure they’d be using it for.

It’s 7:54PM Sydney time and I’m about to get ready for bed, which means it’s approimately 2:00AM your time!

I should remove my contacts first, but waking up and having to fuck around with them is so annoying fist thing in the morning and the other morning, I was halfway into town when I realized I’d not put em in and cannot clean without 20/20 vision, so had to turn around and come back, put the little arseholes in then race back into town.

Far easier to leave em in.

They do call Alabama the poorest and most in educated State in the nation.

Well, I’ll be! I did not know this. I do yoga because I like what it does for my body but I have no interest in Hinduism whatsoever. Now if teachers were using yoga to indiscriminately convert students to Hinduism I could see this as a problem but that’s not the case. Read on. You can find this news internationally but I chose a local AL newspaper.

The much scarier thing is @muth, is what they ARE allowed to teach the children. LOL because it’s far worse than Yoga or Hinduism.

I feel your pain. Though there is no ban on “Mindfulness”, some folks think the same way. “Oh no…mindfulness will be used to convert people to Buddhism”. Truth is that Buddhism is very anti-evangelical, and secular Mindfulness can be very helpful to folks in a variety of work and life settings. I see yoga the same way. Yoga is something I would like to use as I get older, but my motivation hasn’t been strong enough to get started.

So glad to hear it is working for you. We all need to do some things that are beneficial to our health as we get older. As an aside, I am starting the South Beach food plan on Monday (with a friend) to drop some of my COVID related (read this as “sitting too much on my butt”) weight gain of about 10 pounds. My goal is to lose the 10 and an additional 20. Wish me luck !!

I always appreciate your posts.

But Alabama’s got that awesome Lynard Skynard song!

Might be all it’s got for all I know, but god: there’s sure no Sweet home NSW, and even if there were the accent would kill it dead.

Honestly, Yoga is such a broad term. That is what causes so much difficulty.
There are different forms of yoga. Some of which are more overtly religious than others. Hare Krishna monks, for example, are adherents of Bhakti yoga, the yoga of devotion. Actually, What most people in the West think of as yoga is properly known as Hatha yoga - a path towards enlightenment that focuses on building physical and mental strength.
For many yoga practitioners it is simply a point where you achieve stillness in your mind, or begin to understand the true nature of the world and your place in it.
Whether that is compatible with Christianity, Islam and other religions is debatable.
And truthfully all of it should be treated like Buddhism. A philosophical practice of spiritual development of mind and body.

Thank you, Cary, and I wish you luck on your quest. Are there places you can take long nature walks? Or a short walk up a steep hill

. That does it for me. It’s a short distance but a tough one and gives you a good workout in less the time.

And truthfully all of it should be treated like Buddhism. A philosophical practice of spiritual development of mind and body.

You’re the second poster to mention Buddhism. Do you know much about it? I took interest in it 40 years ago and still practice it. Buddhism is another one that most people don’t fully understand because of all the confusing sects and 1000’s of Sutras written.

to me, yoga is nothing more than a way to exercise. if you want to bring religion into it, you can pray to your god while eating a plate of spaghetti.

to me, yoga is nothing more than a way to exercise.

That’s pretty much how I think of it.

Is USPS now not shipping any Yoga mats?
I think I have to buy a yoga mat stash for my wife.