My first rewrap , im wondering if they look alright ??? Is the top and bottom covered enough ? After tearing off old wrap I found one battery had some rust or residue under insulator is that normal ? Im sure at this point its a bad battery so the pair will be disposed of , but they were great to practice with … 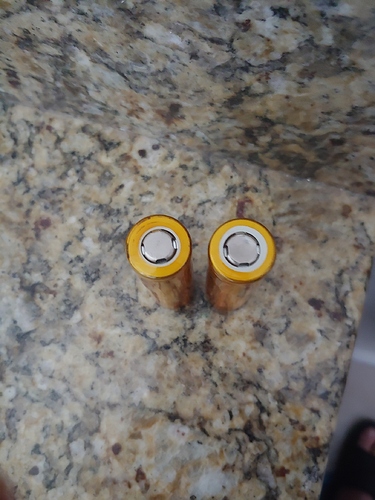 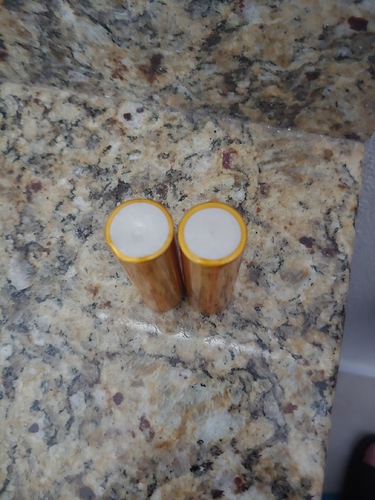 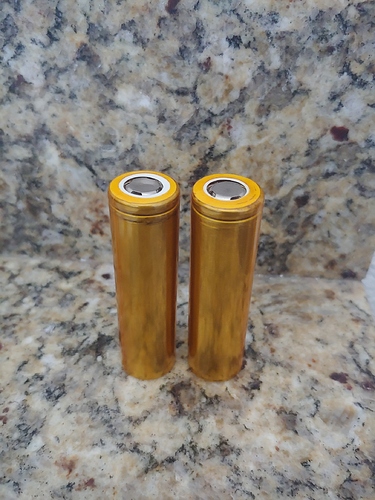 Looks good to me

What about the rust under insulator ? Is that common to find ?

Small dent at bottom of batt , would you say that makes it bad ??? 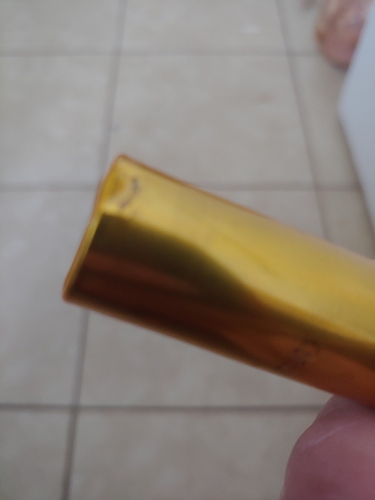 Thank You ive been hesitant , but it’s super easy …

Bout burned my fingers off my first one, who knew you could hold the blow dryer a foot away?

Even then it gets hot , my fear was knowing how hot is too hot … I watched a few more videos today and went for it. How do you label your batteries after wrapping ? I have a few HG2 and 30q that i need wrapped I always store in battery case but bc the original colors ive always known what was what

Looks good. I had one that got constantly leaked on by a messy rda in a mech tube and unaware until rewrapping that rust had developed. My case was bad enuff to chuck it since you could feel the scale. i would think if it comes off w/ alcohol it would be safe enuff to use. I know of some that put custom wraps under clear/ish wraps written w/ info such as brand/model/date. I have tried but a few of my devices are too tight to be adding that diameter even just a small strip of paper. i just write the date and perhaps A and B for sets directly on the battery w/ a sharpie and then clear wrap em.

Ty , I think the rust is significant enough to just toss the pair , id hate to be that guy who used a rusted battery and something went wrong …

I label before wrapping.

Throw it! Not worth taking the smallest chance with a $5-6 battery.

Supposed to be long to cover both ends for protection. Goal, to make sure both ends are covered and no side metal exposed. Look clean to me. It just takes practice. I know mine were a mess when I first started.

I’m waiting on my first rewrap supplies and battery goodies from IMR… so excited! I bought a few translucent sets, so I can color code unique pairs. @Freddie3 told me about IMR, and recommended the translucent yellow to look gold over plain battery, like the ones you did. Nice, btw! But what I’m really excited about, though will probably be a while before i get up the oomph to do em, is clear wraps with my own graphics underneath. So fun!

Question, now that I know length might not be exact… can anyone tell/show me how much wrap should extend at end of top bottom for an 18650 before I take the heat gun to it, so it vaccuum-fits to the correct length? If I know that, I can cut them to correct length before I hit em with heat.

I wish i remembered the length , i want to say quarter of an inch , but wait for someone who may know exactly