About 8 months ago, a kid at the vape shop gave me a bottle of “Never Say Pie” by Bonzai Vapor. I loved it. I’ve tried to clone it, but cant get it very close because I just cant get the apple right.

I’ve tried a few different apple flavorings, at various percentages. I’ve mixed it with cinnamon, chai, various bakery flavors so that being said… What is anyone’s favorite Apple flavoring?

FA Fuji is the best I’ve had.

Agree on the FA Fuji.

The TFA Apple Pie is very tasty as well; add a bit FA Cinnamon Ceylon or Flavorah Rich Cinnamon for the spice and some of your favorite vanilla bean ice cream and you’ll be on your way.

Yup Fuji FA is a great first Apple concentrate to buy it you can only have one.

I recently add apple pie FA. Which has the crust. And INW two apples. Neither I have vaped, but are steeping right now. Both of which I am hoping will completely nick my socks off.

3 Votes for Fuji! OK I will try that! Thanks you guys!

Another vote for Fuji but I really feel like it needs another apple to go with it. I use Flavorah Green Apple and I feel like the two together make a really nice Apple.

Thanks! That works really well with 2 Strawberry’s too. I mix Sweet Strawberry and Strawberry Ripe as well in one of my mixes. Will do!

I love the Pie idea as well…

My go to apple is FA Apple Fuji.
Not only is a great, fresh crisp tasty apple as a standalone it is also very versatile in adding moistness to mixes and brightens them up.
Really couldn’t do without it to be honest!

If you are looking for an apple flavour Inawera (Wera Garden) Bahraini Gold is worth considering. a good sweet stewed apple taste, that works very well in pie/bakery flavours

Got my first apple flavouring, it’s just TFA - Apple, plain simple. It smells pretty good. I’m just after a simple apple pie and custard for now. So got some pie crust too, and cinnamon danish.

I have heard that Fuji apple is great, but I’m finding it impossible to get right now.

Yeah… that’s the case a lot with the really good stuff… I will give this post one more day before I try to order anything. I absolutely love a good apple vape, I might buy 3 different flavors. It took me 6 months to finally get a Cranberry I liked, that one was tough for me too.

I have heard that Fuji apple is great, but I’m finding it impossible to get right now. 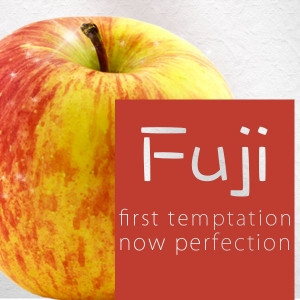 I must have picked up one of the last 30ml the other day.

I’m in Ireland though, I really only buy from within the EU or I’d get slaughtered for postage costs

Oh yeah, I forgot you were over there.

Yeah choices can be limited at times, plenty of sites available that deliver here, but often they’ll be out of stock with the very ones you want.

Another I find hard get is FA’s Joy. My usual site has it on site, but it’s never available.

I feel sorry for the guy in Iceland too who is having trouble getting nicotine.

Yeah, sucks that. I would just give up vaping if I couldn’t get nicotine. And that would be dangerous, I’d like to think I’ll never go back to smoking though

Fuji FA for real apple. Double apple cap for a sweeter type apple, both are a fresh apple and a must have.

What is the Best Green Apple ?