I know its been slower on the RDA release side, especially in the last two years… but in terms of flavour RDA’s (22m) single coil - is there something worth considering right now? I have my eyes on a Requiem, but i’m hesitant… What do you think?

I am hooked on the Drop rda. Weather it be the solo or dual or he new one they just released, DIGIFLAVOR DROP V1.5 24MM RDA for me they have given me the best flavor even beats my Kennedys lol old school. Element vape has them.

I found the Requiem to be OK. Not great, but not crappy. The Claymore is a decent single coiler, but it’s a bit on the noisy side. My best single coil RDA’s are older and probably unavailable, but if you can find them, the Le Supersonic, Taifun BTD, Pulse 22 and Skyfall are some of the best flavor I’ve had. Some do better with certain juices, but all are outstanding in my opinion. Good luck on your search!

Look at the Damn Vape Nitrous. It’s one of the better ones to have come out in a while. The Elder Dragon is still #1 IMO.

I just got and built my Nitrous and a single 3.5mm alien is real tasty. Have been hearing real good things about it and so far it is not hype, impressed so far. It even comes with top caps for either single of dual coil. 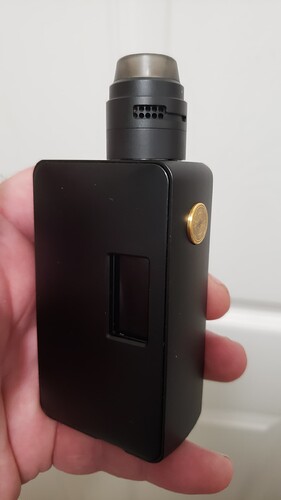 I started with dual.coils and it’s real good. I couldn’t wait to try a single coil so I switched it up. Really impressive flavor. It’s up there with the Dragon for me but just different draw styles.

Elder dragon , pixie and the Psyclone Rdas are what I use the most for testing …

What do you think?

Depends on your budget, there’s a a few nice high end 22mm flavour atty’s, the one I’ve been digging the most is the Basic V2 and it’s not overly expensive either for a high end Atty… I think it’s like 120 USD and you get a lot of stuff with it. You can get one on the 5A’s facebook group or message a guy named Dan Dan Tanaglia and he’ll get you payment arrangments… Beautiful atty this one… 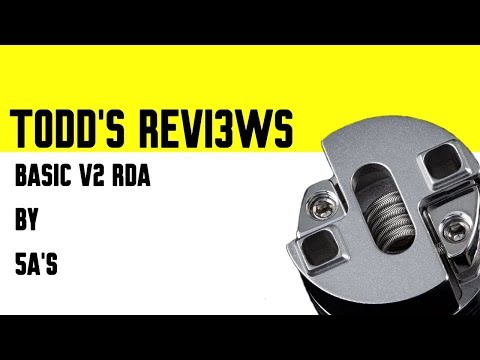 Oh wow, how nice is this atty without any airflow holes… that so easy on the eye!

Well I am not a single coil or under 24mm RDA fan. So for me, The Asgard Mini or Nightmare are my go to’s.

+1 for the Magma. Still have mine. Good luck finding one tho.

That was a blast from the past mate, I actually used to like RIP Trippers back in those days before he went OTT. I can see why people liked the Magma, I would probably get one myself if they weren’t as rare as hens teeth to find.

Now I’m tempted to dig it out now and put a build on it. I think it was one of the first attys introduced with the inner dome-style top cap. That’s how it got such good flavor. The Magma post holes were pretty small too, so coil options are limited.

It all makes sense mate. It’s actually nice to see atty’s that are more suited to smaller round wire builds that still taste good at lower watts. All too often these days it’s all about power hungry large mass coils which just isn’t my style at all. I like a restricted DTL that doesn’t need too much power to get good flavour and these older styled atomisers are far more suited to that.

The best single coil RDA in existence is the Stribog, but it’s not cheap. If you’re looking for something mass-produced out of China, check out the Yachtvape Claymore.

I missed this one. Well taste is subjective but I tend to use Asgard Minis for tobaccos, Pulse 24s for most cocktails, with a Drop and Drop 1.5 for creamy blends and a Nightmare for general testing.

Joel, WTF do you know? I don’t follow Wayne. I’m saying that because I have one, and I say so. I have a collection of high end RDAs, and that one just happens to be the best.

Me too, buddy me too. Not the best.