I have been out of the sub ohm game for awhile. I usually just use a Smok Nord with 50MG juice but I am interested in changing that up with the Labor Day sale going on!

Does anybody have any suggestions on what to get? I used to use a RX200 with the Ammitt rta and I really liked that.
Any help would be great! Also if they are cheap enough I could get multiple! 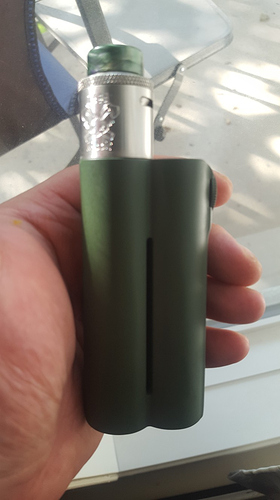 [Lede] In this brave new world with Temp Control, flashing lights, and endless configurations, sometimes it’s nice to get a setup that is just a quick, easy gas and go setup. No hassles, nothing fancy, just plain simple. I had the luxury of trying out both the Squid Industries PeaceMaker 25mm RTA and their Double Barrel v.3 mod. #IPaidForItMyself, so what I experienced, it what you’ll get. [Box-Shot] Squid Double Barrel Mod v.3 FEATURES : · A new version of Double Barrel box mod · Dual …

Since there is a bit of a movement for squid gear - i would suggest that if you are going to go with a squid vape go for the TAC 21 (which is back in stock) twin 21700.

I would also recommend the Aegis Legend, Aegis Solo , Aegis Mini all from geek vape (size according to your needs).

Dovpo MVV, VEE, Topside (dual or single if you want to squonk)

GTRS vboy (if you can find one)

Lostvape Triade, Paranormal, Drone if you want to squonk (if you want a great device and are not too concerned with $$$)

Yihi Sx G Class, X Class if you want to squonk (again if not concerned with $)

I have the G class, the ML Class, the Legend and looking to buy the Dovpo Topside…
I’d add the VT75 (Squonk) sturdy and reliable, it’s an old box with the DNA chip, should be pretty cheap now.

I just ordered another Ammit 25 (my current favorite tank) and a Zeus to see which is betterer.

It’s simply the best tank I’ve ever had.

I had purchased three GeekVape Nova kits. Only 20 dollars! We will see how it goes! 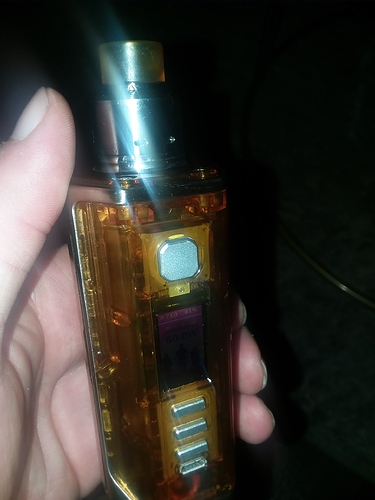