Finally ready to throw down on a new setup… I now work a “normal” job, and vape far less than I have in almost 2 years… everything that I’ve come to love presently doesn’t fit the bill anymore…
I’ve had my pulse with a wasp at work and one of my co-workers awkwardly refers to my ‘smoke’ breaks as “puffing the dragon” lol… because when I forget to keep it low key I guess it looks like there’s a dragon around the corner venting his bellows.

Got pics? or suggestions?
(I guess pods are fair game if they’re rebuild-able and reliable… I honestly plan to never own a pod though: because they’ve officially become so hipster I don’t care to associate… pot calling the kettle black? lol, you be the judge.) 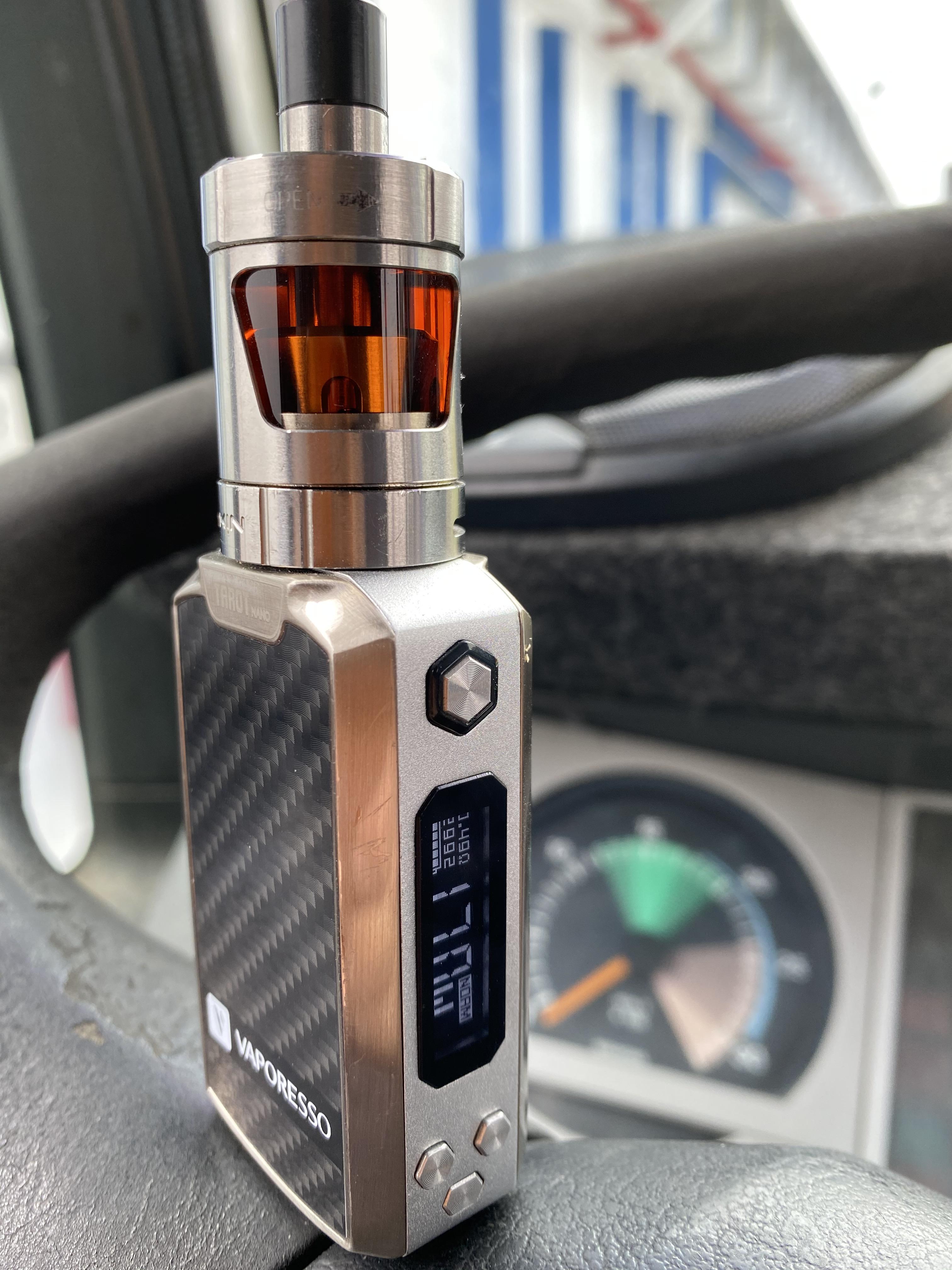 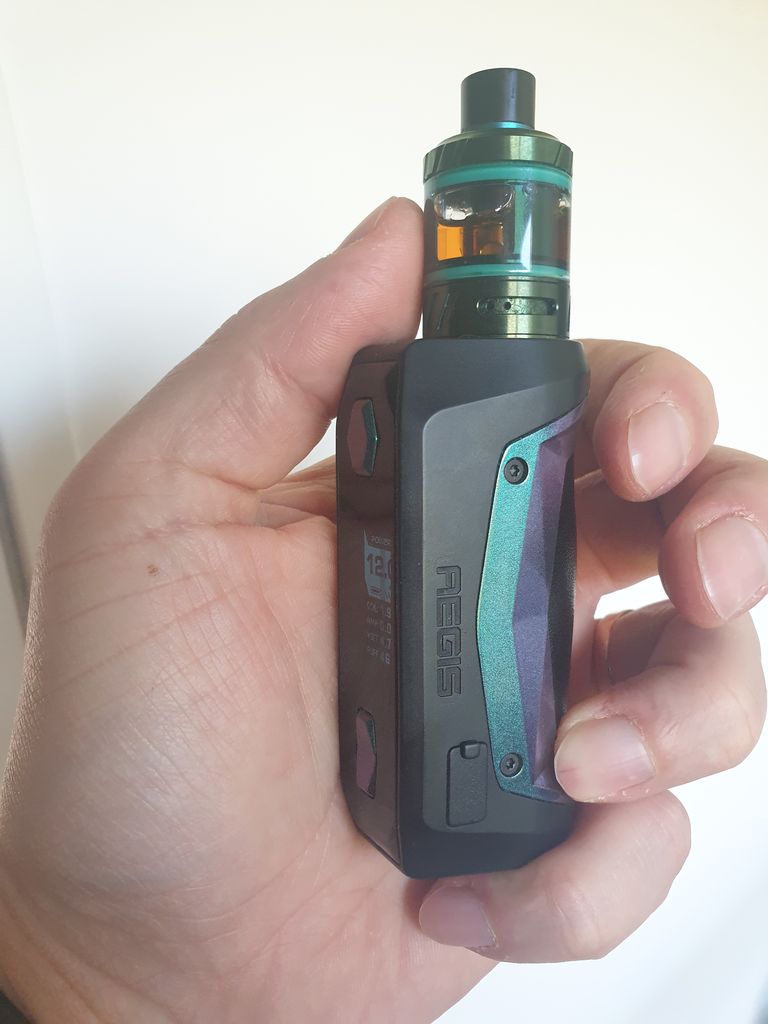 The Brunhilde MTL has superb flavor. It would look good on that Terot Nano. The Innokin Ares is good and so is the Siren V2 All rebuild-able. There are a couple good pods that can be rebuilt but I guess you don’t want a pod so… 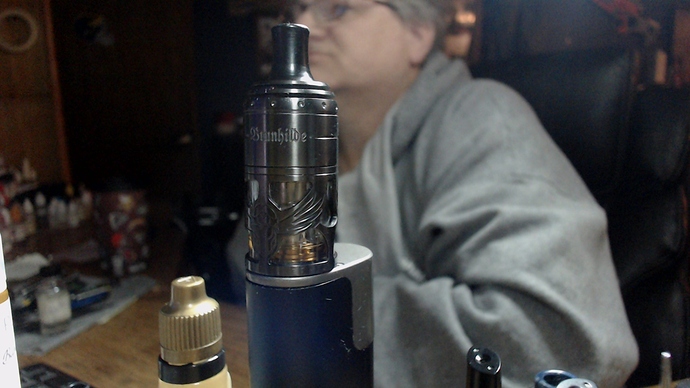 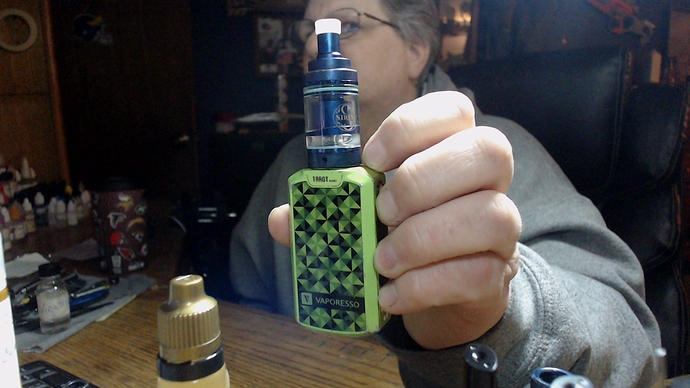 I agree, (I can even attach a Steam Crave 30mm on top) it looks and preforms great 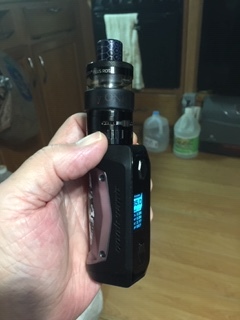 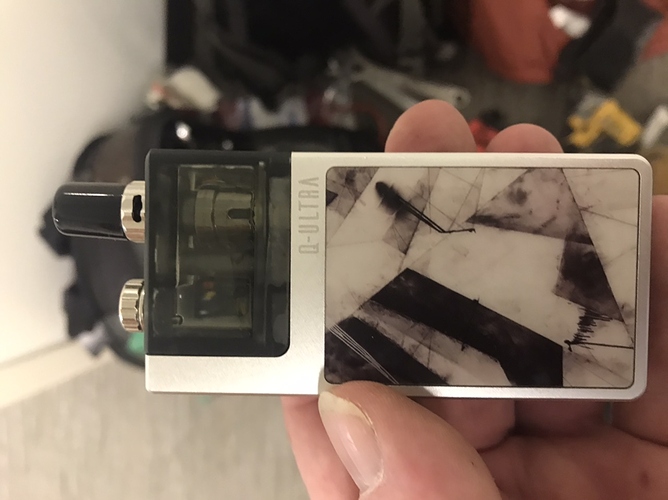 How do you like the built in battery mods? do they “perform” well? I’ve had a few AIOs a couple years ago and heavy use had them crap out pretty consistently; are the nicer built in batteries nicer?

& @David5362
Dang!! the solos are a LOT smaller than I thought (seeing them in some hands)… I was checking them out pretty seriously last night, but sadly it seems that most selections are down to the least desired colors…
Have you guys had any experience with the aegis mini?

@NChris… you feeling like that will actually show up?
I always hear of “released soon” regarding RBAs and the like but never actually see them show up… Like the hype dies out before the demand can be fulfilled… then again I’m incredibly slow as far as knowing the market goes lol.

Have you guys had any experience with the aegis mini?

From what I have read it is pretty much the same as the solo with the exception that it is an internal battery mod. I just prefer the ability to swap out cells over charging the mod itself. I did just now look and it does seem that the mini and solo are hard to find at the moment. Even the GeekVape site the solo and mini are pre-order right now.

I just got a couple of Vaporesso Swags in the mail. Vaporl had them for $9.23 or something similar, nine and change. They’re very compact pocketable devices. I love my original Pico (75W) mods too for being so tiny.

After so many charge cycles some of them start getting weak. I can tell theyre losing power. None have died on me but they get retired.

I have the Aegis Mini and the Aegis solo, as well as two Aegis Legends. Of the three i like the solo the best for pocket. The legends are nice but I keep them at home because they’re too heavy for my pocket.
The mini is awesome and performs well but I don’t like having to retire it for the length of time it takes to charge. So the solo wins. It’s just slightly larger than the mini and you just slap a new battery in it when you get home from work.
I also have been enjoying the Vaporesso swag, revenger x, and revenger go. but I question their durability even though I haven’t had any problems.

I’ve dropped the Aegis in water and on asphalt and it just keeps going.

The Vaporesso Armour Pro is a very nice pocketable single cell TC that takes 21700 or 18650 battery. Pair that with a Steamcrave Aromamizer V2 for a great portable all day rig.

How do you like the built in battery mods? do they “perform” well? I’ve had a few AIOs a couple years ago and heavy use had them crap out pretty consistently; are the nicer built in batteries nicer?

Ya know, I don’t mind them. Waiting for them to charge is somewhat annoying but they have lasted longer than I would have expected. I have had mods that need batteries crap out pretty quick but these little buggers are durable. I am quite hard on my gear, I drop my stuff A LOT. It could have easily gone the other way though. I could have gotten that one that just craps out right away.

It most definitely will be out. Some of the reviewers already have them. Just a matter of time.

If you are set on rebuildables a kayfun lite gives some sweet flavour. Not a cheap tank although less than other kayfuns.
Goes well with an agis solo.
I have 2 agis mini but dont use anymore as wasnt getting enough life.
If you eyeing up a stock coil a nautilus/2 /2s with .7 mesh coil gives a very nice vape.

Not the smallest or lightest pocket rig, but I’m really happy with the Jackaroo. Water/dust/shock proof and small enough to fit in most pockets. Great performance even for TC and feels good in the hand with the rubber coating and the texture. Battery life is great with a 21700 but a regular 18650 or 20700 fits too. 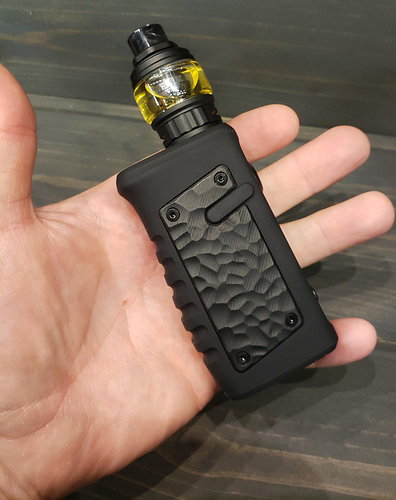 I can vouch for the Jackaroo as I have two of them, although they are compact they are also tough and quite heavy weight so not for everyone that likes these lightweight plastic mods. I personally don’t like the idea of buying a mod with an internal battery because as I am very careful with my gear and keep it looking like new the thought of the internal battery eventually failing and becoming a nice looking paperweight would really bother me plus I am a bit of a chain vaper and the mod would be constantly on charge. Geek Vape has also bought out the Aegis Max which is also a single 21700 so that might be something to consider if it’s not too big. Aspire and Eleaf make some very reliable pocket friendly mods which I think would work well with a Berserker RTA or something along those lines. 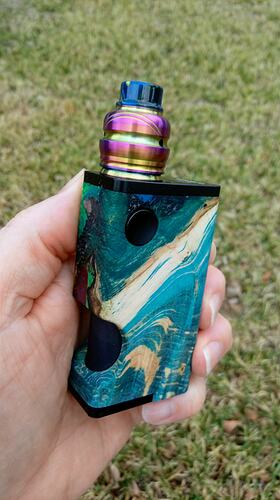 This has been my work rig before I started working from home. It’s a single 18650. I just took one extra 18650 with me and switched it in the afternoon. I would fill the bottle at the same time I switched batteries. I carried the one extra battery, a 30 or 60 ml bottle of juice, and I kept a two battery charger at my desk in case I needed it.

Oh, and if you use that you really would be puffing on a Dragon

I keep trying small setups, but I dont like devices that take coils (although I would love to check out an argus pro, I’ve heard good things about those PnP coils)
But rebuildables wise RTAs just seem to suck while out and about. y squonk always wins out because it’s the only think not failing me halfway through the day. 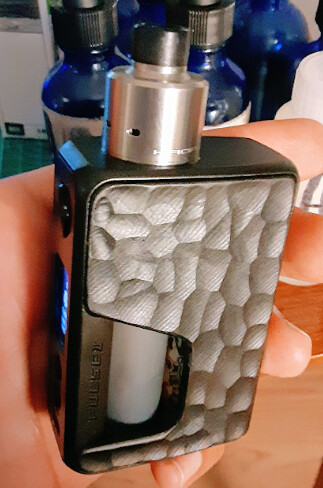 I feel you about the paperweight sentiment… I will admit though I’ve gotten quite fond of the aegis mini, it’s battery always surprises me (I trust it more, battery wise, while out than my aegis solo). It’s taken a moment but I treat it as disposable, I’d buy another one quickly if something happened to my current one.

I’d honestly like to find a trustworhy RTA to pair up with it. You like the berserker?

I’ve had a max for a couple months now… apart from it being a single 21700 its “meh” on all other fronts… Just hearing about the jackaroos, I’d be comfortable betting blindly it’d beat the aegis max hands down.