A Canadian man is attempting to legally coerce women to wax his scrotum.

But who said this was about waxing? This is about sex, surely. Yaniv is male — a male who has not made the surgical commitment necessary to pass as a female. On top of that, in the past year, Yaniv has presented unambiguously as a male on a number of sites including Google, LinkedIn, Pinterest, and YouTube. And on top of that , Yaniv is a male who is sexually attracted to females.

It gets worse. The Canadian journalist Meghan Murphy, who was banned from Twitter for identifying Yaniv as a man, writes at Spectator USA:

In some cases, Yaniv, who is male and maintains male genitalia, used fake Facebook profiles, displaying photos of women (in at least one case, he used the profile of a pregnant woman) to request the service via Facebook Marketplace. When the aestheticians realized he was male, they told him they only performed the service for women (indeed, waxing male genitals is an entirely different procedure, which requires particular training and wax). Yaniv went so far as to tell Sandeep Banipal, proprietor of Blue Heaven Beauty Lounge, that he was on his period, and asked if she could work around the string.

“It waxes the balls, or it gets the lawsuit again…”

We need a face palm emoji.

Canadian journalist Meghan Murphy, who was banned from Twitter for identifying Yaniv as a man

Why would she be banned for identifying a male as a man ???

Now the Q is for Queer right , which in my school days calling someone queer was nit a good thing ( gay or straight ) the Q was the latest Letter to this ( Acronym) kinda ??? Is it a acronym ??? My real question is what is the 2 S and + stand for ??? And how many more letters , numbers , etc are there gonna be 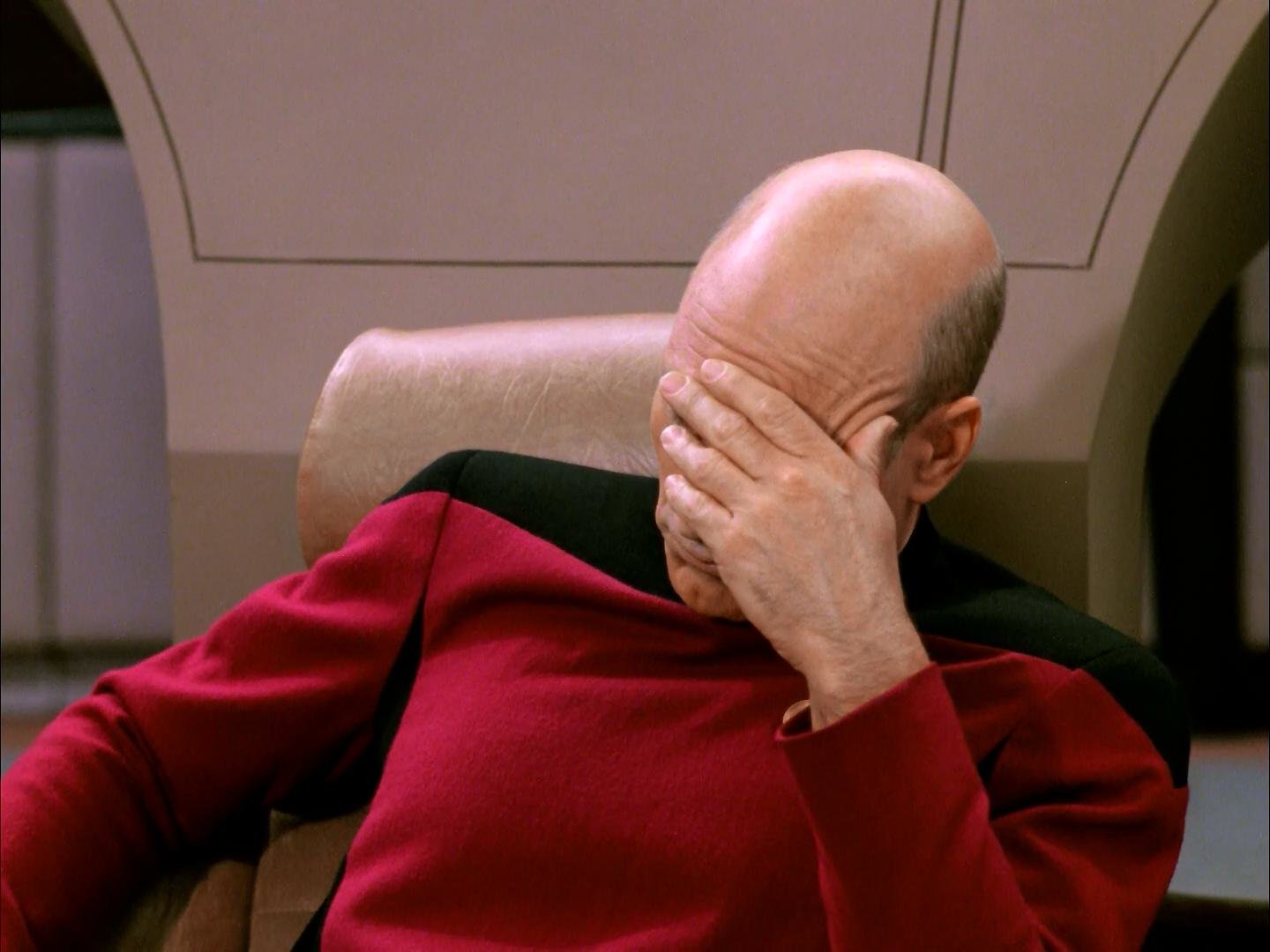 I just feel sorry for the rest of transgenders who are living a normal life. They get to deal with people that get detested by the behavior of idiots like this.
People like that don’t need a brazilian, they need mental help.

S+ = straight allies… Me answered me own question…

An ally , straight ally , or heterosexual ally is a heterosexual and/or cisgender person who supports equal civil rights, gender equality, and LGBT social movements, and challenges homophobia, biphobia, and transphobia.

Why would she be banned for identifying a male as a man ???

@fidalgo_vapes You Sir, HAVE asked the right question.

It doesn’t fit the narative, and shall NOT be allowed.

Canadian journalist Meghan Murphy, who was banned from Twitter for identifying Yaniv as a man

I just feel sorry for the rest of transgenders who are living a normal life. 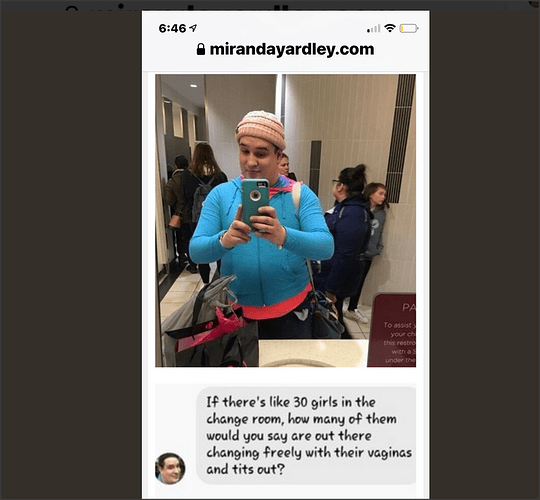 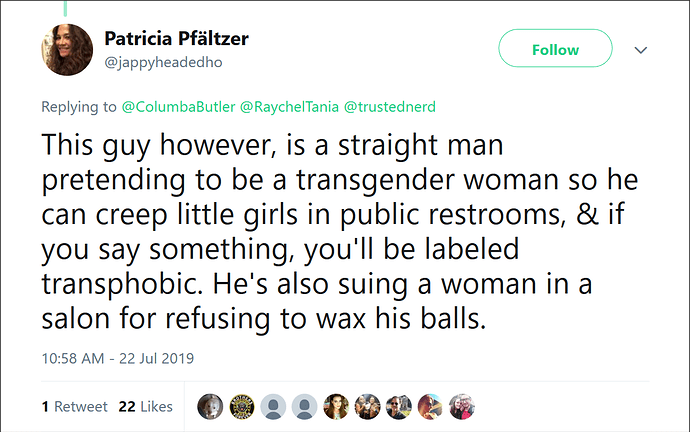 Oh well you dont have to be crazy, but it sure helps!

Good golly Miss Molly! I feel like a dinosaur looking up at the comet…

Man where’s @Cutlass92 when I need him. Paging @Molly_Mcghee.

Canadian Male here. Living in Canada. That guy’s a pervert, and this is a perversion of justice. Back on topic now. At one point, that ‘2S’ was ‘TS’ which some native/indigineous people said was ‘Twin Spirit’ but could only be used for native/indigineous people. I believe it broke down into two different males and females. The regular masculine man, and the feminine man. The feminine woman and the masculine woman. And they were fine with that.

No idea about the +