I’m looking flavour for e-liquid which is similar to the “Merci” chocolates “Marzipan” or “Hazelnut Almond”. I’ve tried all almond, toasted almond and marzipan flavour of TPA, Capella, Inawera and Flavour Art. For me nothing of them seems to be like the flavour which I’m looking for. If someone know if ever exist this flavour, please tell me. Here is a picture of the chocolates which I’m talking about https://www.trade.zipwieczorek.pl/eng_pl_Merci-Finest-Selection-Chocolates-250g-19254_4.jpg

Hello Martin7771 and welcome to ELR. I’ve had these Merci candies but I don’t distinctly remember the flavors. All I know is that they were tasty candies! However, have you ever had the Italian candy, Baci? Nut Mix by Flavour Art (FA) has a hazelnut
top note. When I smelled it I instantly thought of Baci candy. Maybe this with a good chocolate flavor will help you get closer to what you’re looking for. 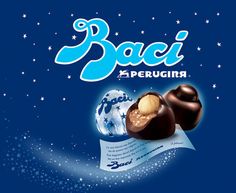 A noted and well-known product is the Baci chocolate kisses filled with hazelnut, wrapped in a multilingual love note, which was introduced in 1922. These love notes are written in either Italian, English, French, German, Greek, Spanish, or Portuguese.

ETA: also, it would be helpful to tell us exactly what flavors you’ve already tried so we can better assist you.

Welcome @Martin7771. You have just entered the Vaping Library of Alexandria. There is too much to learn in many ways, but it is all here. The first myth to dispel is there is a not single flavor with a name to fit your imagined flavor. It will be a careful combination. Start low with Marzipan as it is a very strong flavor as a concentrate. Other nuts such as @muth’s mentioned above would be similarly in the same flavor category like Hazelnut. Mixing two similar flavors delivers satisfying complexity.

Chocolate may be one of the hardest to master. Realize companies that produce candies (etc) have exclusive agreements with Flavor Extract manufacturers, and what is available for the Public can be limited. Your ability to make an exact clone of the candy mentioned could get you a job at a candy company because you would obviously be a Culinary Genius

Good News! Using ELR as a learning tool and a detailed flavor and DIY resource can get you closer to an e-juice you will very much enjoy, even if that is not what you have in your mind at this moment. This all works on sharing, so come back and share your successes and failures. You will find you benefit from our many similar journeys. We all started just like you, so WELCOME!

Start in the Beginner section even if you are not a beginner in e-juice mixing. You first need to learn this complex Tool we have all contributed to build. Browsing Recipes is easy using search tools and you can look at hundreds (if not thousands!) of Marzipan recipes and see how other people have paired other flavors in their use of Marzipan. You can use the Search Tool in the upper right corner here and just type in Marzipan and have hours of reading. Best of Luck!

I’m looking for almond flavour, not chocolate or hazelnut. I wrote in first post which flavour I tried, and I don’t like none of them

Damn it’s good to see you back “in action”!

Great advice from both you and @muth.

What percentage(s) did you try them at?

I wrote about “Merci Marzipan and Hazelnut-Almond”, which may sound different(for me they taste almost the same), but the main flavour which I’m looking for is "almond’. And as I know some flavours are used in food, I thought that I can find e liquid flavour like the ‘Merci’ chocolates.
I’ve tried all almond I bought with different %.
I don’t want to represent the same candy, with chocolate or something else, but only the almond taste.

I tried them with low, recomended and little above %. Inawera, Flavour Art taste almost same, Capella and TPA have almost same way of introducing almond.
Maybe for someone they will taste good, but for me it’s not what I’m thinking for.

I don’t want to represent the same candy, with chocolate or something else, but only the almond taste.

Cool. Understood originally. If indeed there was a single bottle of flavoring that was that exact almond flavor it would most likely be under copyright protection from “Merci”, that was my first point. Not for sale.

Second point was …never believe the name on the label = the flavor you taste when vaping, or the flavor you imagine. It’s a very precise chemical and it’s intended for highly skilled Commercial Food Masters. Your only hope is to try and build your knowledge and skill yourself. You are at step one. You bought some flavors and tried them. If this was school that would equal learning the alphabet. We are being helpful, but that means we must keep it

If you in fact added some Hazelnut to your Marzipan (or Almond) you may be surprised you can’t even taste a separate Hazelnut flavor …that’s how it works, and the only path to that knowledge is trying it …or as I suggested look at other people’s recipes and Notes

Okay, well you did say “Hazelnut Almond” and FA Nut Mix has both. There are many here who can give you good advice such as above. Hope you have luck finding what you desire (or better) and may the vape faeries guide you to your holy grail.

“Hazelnut Almond” and FA Nut Mix has both

You have just entered the Vaping Library of Alexandria.

Just another reason why I’m glad you’re back

I wrote about “Merci Marzipan and Hazelnut-Almond”

First, let’s separate the brand from the equation!

(We do understand that you are using the brand as a point of reference. And, that’s helpful, so please don’t think it’s being disregarded!)

Onto the more important aspect…

Marzipan and Hazelnut-Almond”, which may sound different(for me they taste almost the same)

While they are all complementary (or in simple terms: frequently used in combination), they are individual flavors.

Noting that: you seem to understand this, but your statement above (“for me they taste almost the same”) seems to contradict this.

What Bo said above is very likely the reality though. Merci has come up with their own combination (of flavor choices), and in addition, their own ratio (amount of marzipan to almond to hazelnut).

So it will take a LOT of testing on your part, to first find: the specific individual flavors used. Then, you’ll have to figure out what percentage of each one was used.

Given you’ve already tried Inawera, Flavour Art, Capella, and TPA… I would recommend considering the sources of flavors in relation to wherever Merci is made.

For example: if Merci is French made (as the name seems to imply, start by looking at French vaping flavors.
If that doesn’t work out, try the next closest. EG: Italy, Spain, Greece, Germany, etc.

There’s a variety of European flavor manufacturers. My first thoughts would be to check CCW (CupCake World), Sasami, and other EU sources.

FA and Inawera were fair choices IMO, but you’ve already ruled them out.
You’ve just got to keep looking!

Keep checking back with this thread though, because sooner or later, someone will likely have tried to attempt either the same thing, or something very close! So don’t lose hope.

In the past I tried quite a few nut flavors. One thing I learned is I got the best tesults mixing flavors from different brands. Also, additives like Acetyl Pyrazine can alter flavors a bit. Trying to mimic a candy takes knowing your flavors pretty well. When I came up with my Twixted recipe I got really lucky and came very close to a Twix candy bar the very first mix. It was nearly perfect. It was the help I got from @Alisa that nailed it for me. She suggested a combination of a couple chocolates and the addition of AP which made the juice perfect for my tastes.

So my point is, think of each individual flavor in the candy. In my case, it was caramel, cookie, and chocolate. At 2nd mix, I focused on fine tuning the chocolate. 3rd mix, I fixed the caramel. 4th mix I fixed the cookie.

If you try to change too many things at once, you end up chasing your tail. Cloning something isn’t a one shot lucky deal. It takes time. And one thing that sucks about trying to create a vape that tastes like a food item… you are using completely different flavors than those in the food.

Good luck, and keep us posted.

I thought if someone ate that chocolate will know what I’m talking They both have that almond taste. Marzipan has almond too, right? I will make a research for french flavours and what is the origin of the company(edit: it’s german). Thanks

If you try to change too many things at once, you end up chasing your tail.

Amen, I learnt this the hard way.

I thought if someone ate that chocolate will know what I’m talking They both have that almond taste. Marzipan has almond too, right?

Marzipan is made from almonds. It is usually ground almond and honey. This is something to look into. Try to create your own marzipan using honey and almond flavorings. I have done this before too. Break things down to the simplest flavors you can get.

Welcome and glad you joined.

I’m looking flavour for e-liquid which is similar to the “Merci” chocolates “Marzipan” or “Hazelnut Almond”.

I like the green Merci (think that is hazelnut almond); can’t talk about marzipan.

(I might be wrong since it’s been a while, but i think) hazelnut almond has no marzipan in it; just crushed almonds/hazelnut. I would probably be looking for raw nuts, not creamy / extracts.

Of the flavors you mentioned i would probably use just a tiny amount of Hazelnut FA and Almond FA (not more than 0.25% for both, hazel maybe even lower) and then try with Nut Mix FA or even Beer Nuts FLV. A drop of AP or Avocado FLV might work as well. Marzipan would probably be easier (some say Marzipan OOO is the best)

But nuts are the easy part here; chocolate will most probably be more challenging (and that’s why i would probably start there and also you’ll more easily adapt nuts later otherwise you may work twice).

Check for recipes with similar profile (choco+raw nuts) to get some ideas.