So, I have been having an issue with my Coldsteel 120w mod lately. The press fit top (510) has popped out a few times and since then it either won’t detect the Atomiser, tapers the wattage down to 1 watt almost instantly or comes up with the message “Load Fail Short”. 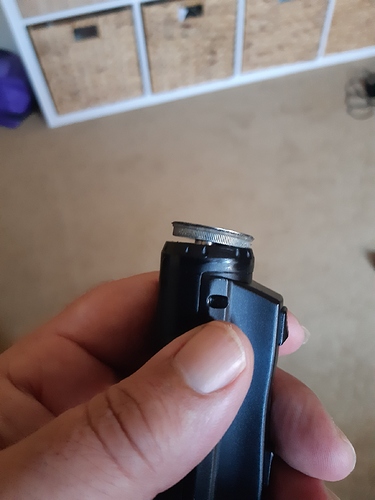 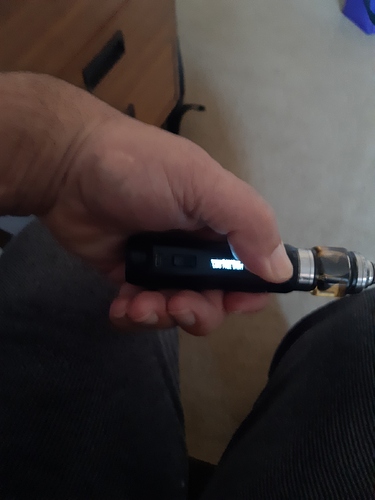 Totally out of warranty so cant even return.

My only thought would be to toss it

Given the way they secured the 510 (or rather, didn’t), there’s obviously no ledge/lip to even consider mounting an aftermarket replacement 510.

Seeing the way they’ve done the 510 assembly, I’m glad I didn’t get one of these after all. (I really wanted one too, as they have been reported to be pretty decent performers boardwise). Sad to hear/learn.

Ive been happy with mine and its taken some hard falls …But you know more about the construction than me , but its a nice little carry around mod

I have a second one which works fine and seems to be solid enough. Maybe they had a bad batch during production.

Maybe they had a bad batch during production.

I’m just biased against press-fit.
They make it borderline impossible to service, which automatically says to me that they had zero intent from the initial design of supporting it.

TLDR: it was intended to be disposable.
(Which is a pet peeve as a repair technician)

Yep, I get that. is bloody annoying I reckon. The 510 will push back in but it won’t stay there. I might just take it apart and see what else is cheap and nasty in it. At least I will have spares for the one that does work, which is from a lot older batch based on the serial number.

Although I’m also leery of press fit 510’s and it’s been a worry since before I actually received it, I have nothing but good experiences with this. I’m hoping that is was just a fluke with yours. Sorry it went south on you because it’s a great mod and I would be pissed if it happened to me. I have a tendancy to over-torque my RDAs (mainly when adjusting the air flow) so it may happen to me as well.

I have a tendancy to over-torque my RDAs (mainly when adjusting the air flow) so it may happen to me as well.

I normally tend to do this too, especially with the Brunhilde MTL when twisting or removing the cap to refill/check it. I actually made a point of taking it off this mod so I know that was not the issue.

I am pissed, but what do you do? The other one is going fine and has the black Brunhilde on it, so I will just need to find a nice, affordable and good with TC SS mod that my stainless Brunhilde looks good on.

Do you repair mods mate?

I’ve had some good results.

Shame your in Texas, have a few you could play with here. Mainly cheaper stuff but also a Drone 250c that leaks at the 510, and the aforementioned Coldsteel.

Hold on to your 250c for sure… I’m sure one of our other friends down under can get you sorted.

Sorry this happened. Has it taken repeated falls, just curious because I have two of them?

As with many press fit things I was instructed to fix an atomizer once that had a press fit issue. I had to find something to fit around the piece that wouldn’t scratch/dent it or pose pressure on surrounding areas, then hit it down with a hammer/rubber mallet, one firm hit or two. It worked for my situation. Don’t know if it can work for yours.

since then it either won’t detect the Atomiser, tapers the wattage down to 1 watt almost instantly or comes up with the message “Load Fail Short”.

“tapers the wattage down to 1 watt almost instantly”

"comes up with the message - load fail short "

That’s excellent, Jim! How much room do you think he’ll have to work with? Or can he remove the 510 free and clear? Wish I could see it up close.

Has it taken repeated falls

No falls just came loose and popped off.

On mods it’s usually right at the 510 attachment

Will see what I can see, not much room to work with under there. See first photo on OG post.

nothing else will adhere metal to plastic

Connector and tube are both metal. Have araldite which should work, 2 part epoxy.

Wish I could see it up close.

First photo on OG post gives you an idea on how much room. That is as far as the wires will allow movement without force.

First photo on OG post gives you an idea on how much room. That is as far as the wires will allow movement without force.

Oh wow, I see what you mean. Just another thought if it doesn’t work out. Or better yet, maybe try before you tinker with it. It may be past warranty but I’ve had stellar results dealing directly with the manufacturers. Be honest, respectful and professional. The Chinese take great pride in their business. For instance, tell them that you are aware of the expired warranty but have consulted with other Cold Steel owners on various vaping forums. This is important because now their reputation is on the line. Tell them no one else has had this problem but now they are hesitant about recommending the product to others or buying a second one for themselves. This impacts their bottom line and I’m sure you will get some kind of result. If you don’t mind taking pictures and writing a few emails you might just get a brand new Cold Steel. This happened to me three times. The vendors were useless but the manufacturers responded promptly and sent off new mods to me. For me it was worth the extra effort.

Great idea @muth, I will get onto that tomorrow morning. Won’t hold my breath but certainly cannot hurt to try.