Okay. As most of you know for the last three months I’ve been doing a lot of advocacy for the vaping community and my stress level is through the roof. Normal things that wouldn’t bother me set me off and I have zero patience. The majority of my day is spent arguing with idiots in government that need to have the truth pounded into their head and yes it’s taken a HUGE toll on me. So much to the fact that my husband and family members have all begged me to take a step back because that sweet woman they used to know has literally jumped ship and became a b*tch ready to take on the world if need be to do my part in helping this industry survive.

What some of you might NOT know is that I was a HUGE Trump supporter as well and my faith was strongly rocked on 9/11/2019 and I had to switch gears to go against a person I have been 100% for up until this insanity with the vaping bans. When you are constantly dealing with negativity from the other side (anti-vaping groups) it makes you ready to stand up to defend anything you feel is against what you’re saying and a lot of that spilled over here. I won’t apologize for what I said because I think you should always stand up for something you believe in. BUT. We shouldn’t be fighting with each other because there’s enough people against us out there that unity should be what we are about as vaping supporters.

We can agree to disagree on topics, but in the long run we are all fighting for this community (or should be) and I have had a few days to reign in my anger that spilled into this forum for which I apologize to the forum for. That being said, as long as you are pushing to support the vaping community and willing to fight for it, I’m going to fight with you no matter what personal differences we might have. I will step back AFTER we win this war (and I do see it as a war against personal adult rights) and hopefully return to the person I was before this all started LOL.

Well said and welcome back. This industry needs more “bitches” like you!

This world would be a very chill place, except there are humans on it.

And because of having to deal with other humans… that can be a REAL PAIN IN THE ASS!

My career world is live stage theatre; folk are very gregarious and pretty much always a happy bunch. I love that world. It’s when I step into the world across the threshold of the Stage Door, things go to shit.

I just go on a “people of the world hiatus” every now and then (actually, every day).

When I do, I just stick in my earbuds whenever I leave the house to do whatever, and listen to some Cannonball Adderley, Oscar Peterson, Art Blakey, Edith Piaf, Stephane Grappelli, Dave Brubeck, Cyrus Chestnut, etc… and tune out the world’s idiot hoards!

What some of you might NOT know is that I was a HUGE Trump supporter as well and my faith was strongly rocked on 9/11/2019 and I had to switch gears to go against a person I have been 100% for up until this insanity with the vaping bans.

First things FIRST @authormichellehughes, welcome back, I missed you.

As far as the Trump thing, no one will do everything you want, no one. I wish, but seldom happens. I’m deeply invested in this, and I’ll have to wait and see what’s what, but I’m not going to throw him out just yet. I can’t tell anyone else what to vote for, care about, or if a “one issue” issue matters or not.

Having to stand up and defend, I get. Constant negativity like you mentioned, wears on anyone, and the anti-vaping groups are indeed into that sort of style.

We can agree to disagree on topics, but in the long run we are all fighting for this community (or should be) and I have had a few days to reign in my anger that spilled into this forum for which I apologize to the forum for.

I agree to AGREE with you.

and hopefully return to the person I was before this all started LOL.

I’ll take you either way Michelle, welcome back, and thank you for sharing …

I haven’t tossed him but I felt like I was going to have to and I did for a month … I’m watching very carefully on this vaping issue because it’s so important to me. That being said, there are many things important to me and our economy is rocking at the moment and I believe he’s done really well there. I’m pretty conservative on issues and we agree on most things… vaping is the one kicking me in the tush. Glad to be back and glad to be able to talk with you again

Wonderful to see you were able to decompress. No apologies necessary here, I’ve been there too. As far as politics, I’ve dumped the D&R some time ago. I listen to and watch the person. Right now I’m looking at another election that I would just scrap and start over. The whole mess looks like a freak show to me. Bloomberg is the icing on the cake. El-Destructo wants to tank the whole country; oh joy.

Welcome back @authormichellehughes Glad to see ya!
Now bring us some figgy pudding
We won’t go until we’ve got some
So bring some out here!

Bloomberg (in my opinion only) is the biggest destructive power behind the majority of what’s going on right now. I worry about where we’re heading.

Has anyone actually eaten figgy pudding,

Not sure on figgy pudding but I do love fig squares (it’s a Rhode Island thing) great with a tall glass of coffee milk.

Well… kinda but much better, a fig jam filling in a egg washed pastry crust.
We give the fig newtons to the children. 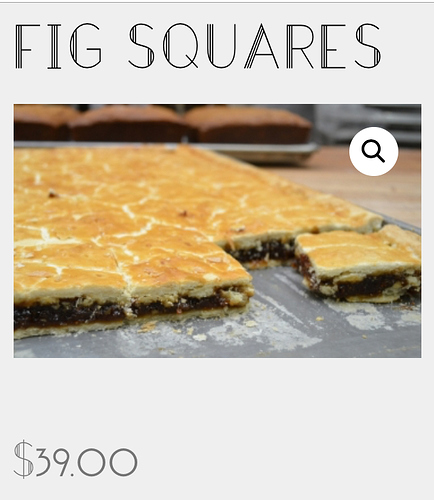 Gotcha. Yeah, not a fan of his.

From what I read Bloomberg is heavily invested in one of those heat but not burn tobacco devices, vaping would cut into his bottom line, follow the money!

Kinda need the weapons industries for defense and fun, but mostly defense.