been happy with my A.D.V. so not realy been mixing . But that bug has bitten me again .

between nicotine river’s going out of the diy vaper business sale and @Dan_the_Man Gifts . that bug has bitten me again… thx again dan

been thinking on how i have been mixing . with my busy schedule not really had time to sit down and play with things .usually just sit down and mix this up and call it a day . last mixed 7-2-21 7:20 est down to 90 ml

Added as a result of an import https://e-liquid-recipes.com/recipe/2128191/Blackberry%20Piña%20Colada

i think these would come in handy for make bases for some that i like . or some large batches that i make .

leaning towards the 30ml glass to use as testers 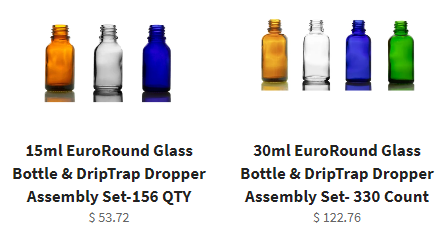 i don’t reuse plastic bottle . but with glass might be easier to clean and sanitize and just order new droppers for them. 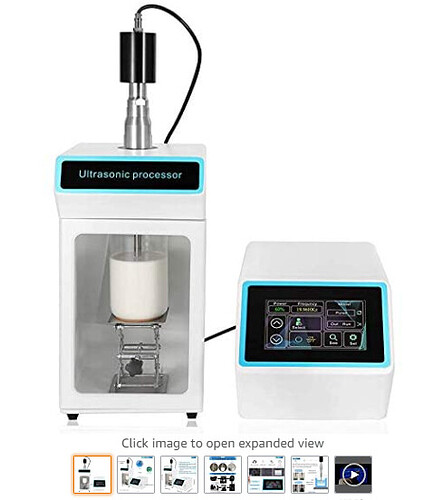 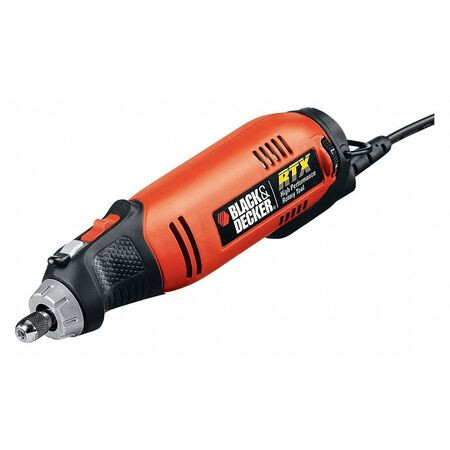 found in closets
but hey, if you got $2000 burning a hole in your pocket more power to ya.

I’m not 100% sure on this but as far as I know the ultra sonic homogenizers are more or less useless for eliquids. What you want is one where the liquid gets mechanically squeezed through holes and sheared off somehow with the spinning rotor bit. The whole point is to reduce the particle size of all components.
Correct me if I’m wrong please but this is my understanding of the homogenizing business.

@anon36682625 and @SmilingOgre know more about the commercial Homogenizers and they both have recommendations. @tartarusspawn I would read some of their posts. Also, I will link one of @SmilingOgre videos that speak on this very subject.

Here is a video on a homogenizer that isn’t the GC. @SmilingOgre I thought you had a video explaining the differences between Homoginzers but I can’t find it. I must be remembering wrong. 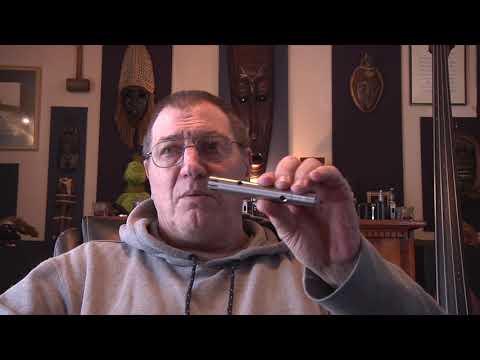 Basic principals of how they work:

ultra sonic homogenizers are more or less useless for eliquids.

My opinion is that they create a prohibitive amount of heat unless very sophisticated control circuitry, and knowledge and experience, are used to control the US sound waves. Most commercial wines are processed and “aged” with ultrasonic processors and have been for decades. However, the costs of those units are huge. I can’t see a practical usage for DIY e juices.

After extensive testing, I’m confident that 140F/60C is the optimum temp for mixing our flavor concentrates with VG. Particle reduction is only one part, but it does allow penetration and molecular bonding resulting in time reduction, stability, and uniformity.

I see no way to maintain a uniform temp with an ultrasonic which tells me the reports of “burnt” tastes are very likely true.

Nicotine should not be heated.

That method introduces micro-bubbles (aka oxygen) into the mix. You see it when it turns milky. There have been quite a few discussions about this but the take away in general is don’t do it.

Ya. It can be kind of hard to wrap your head around what these do because there are multiple mechanical forces involved. They are not a stirring device so those comparisons aren’t accurate.

Everything takes place inside the workhead chamber. The liquids are pulled upwards and inside the stator tube where hydraulic pressure is developed and when combined with hydraulic shear the materials are “squeezed” together and sheared by the high RPM of the rotor. Then they are expelled by both hydraulic pressure and centrifugal forces. Cavitation occurs at this stage which accounts for the microsized bubbles as shown in the video’s. These should not be confused with bubbles created by introducing air from outside the mix.

Those that have tried mag stirrers or other types have experienced some success but the stirring device or “conventional agitator” can not accomplish what a high shear mixer will. In our case, VG is much heavier than our concentrates and what happens is that centrifugal force sends the heavier liquid to the outside rather than combine them. It is working as a centrifuge and can or will separate the materials. Most will try to increase the speed which exacerbates this effect and will also create a vortex which introduces air into the mix. This is akin to directing a fan across the mix and also causes the flavoring to oxidize and/or escape.

If you use a mag stirrer I recommend that you run it very slowly and cover the mixing vessel. However, the stirring action is likely 1000 times less mechanical energy than what the high shear process will apply.

No other device works the same as the high shear device which has been used across processing industries for more than 70 years.

if i use the rotary tool at a lower speed as to not cause frothing, will that be a preferred method?

Well If I was going to use a stirring device I would run it as slowly as possible so to avoid injecting air into the mix. I add nicotine after homogenizing. I use a glass stir rod and then place the sealed bottle in an ultrasonic cleaner which will disperse the nic evenly and remove any air bubbles that may have formed.

if i use the rotary tool at a lower speed as to not cause frothing, will that be a preferred method?

@toneman2121 I don’t know if you were serious with the Black and Decker and coat hangers or not, but I mix/blend almost daily with no frothing (massive injection of air, causing the mix to go cloudy), and no ill effects.

If you are going to blend instead of homogenize, just do it smartly. I use this cheap tool in anything from 10ml up to 200ml bottles, and it works fine. I do only use ONE attachment, the split white tip, second from the right, and threw the other attachments out. I always let it completely spin down before putting it in or out of a bottle (yes, including the 10ml bottles), and keep the attachment fully submerged.

yea i remember that video - he made that after buying the homogenizer i bought ,

Who uses the homogenizer

I’m getting a strong sense you are going to be spending my money.

lots of useful info in this thread

Who uses the homogenizer Beginners

okay going to replace my heated magnetic mixer with a inexpensive homogenizer from amazon. i forget who uses one but want your opinion on this one . https://www.amazon.com/gp/product/B07XCN58G6/ref=ppx_yo_dt_b_asin_title_o00_s00?ie=UTF8&psc=1

just thinking of upgrading and possible nic extraction in the future . been reading up on that

Nicotine should not be heated.

totally agree which is why nicotine is the last thing i add after the vg / pg mix has cooled down to about 20°C or 68ºF which is about room temp for this room . has its own ac set at 60ºF

flavors i add @ or under 40°C . ive seen alot of discussion about flavors and heat - i feel comfortable with 40 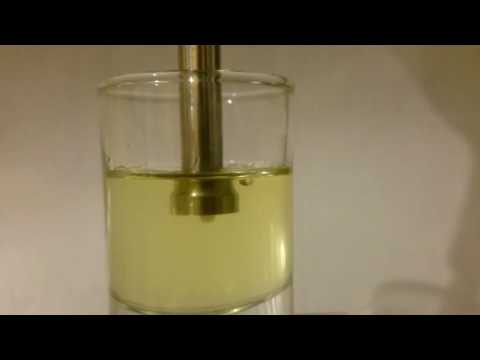 That method introduces micro-bubbles (aka oxygen) into the mix.

I personally just use the cap it, shake it, and set it aside to steep method. But oxygen in the mix is not a big deal IMO,
Heat and UV light is the enemy (at least for nicotine)

There have been quite a few discussions about this

Quite a few opinions ….
To each his own

i actually got the idea from a post on ELR. i cut a 6’’ piece of the wire hanger and formed a loop at the end. the other end of the wire fits nicely into the collet of the rotary tool. at low speed it stirs without frothing. so mechanical stirring at low speed WITHOUT frothing is my choice.

I add nicotine after homogenizing

will do just that

@TorturedZen already replied to this but I wanted to add that coat hangers also have a lacquer coating on them. I personally wouldn’t take the chance but YMMV. They also make me think of abortions

yes, i burned off the coating before i used it. i should have mentioned that.

Idk if this is the end result of what you’re going for with a bent coat hanger but they make multiple size stainless steel whiskers that can fit in a drill chuck. 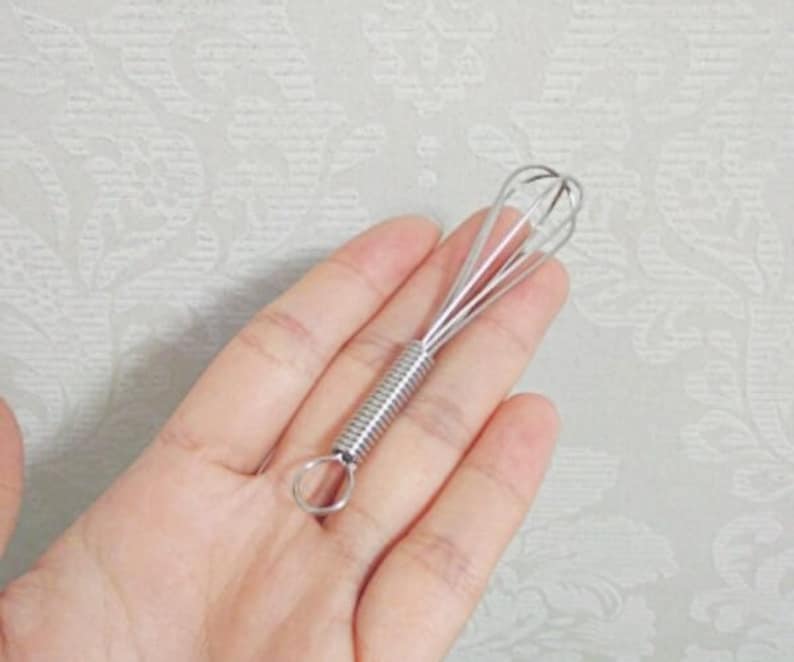 Squeeee! It’s so tiny!!! I have one of those. My sister gave it to me. Works great for mixing dry seasonings together for a dry rub, too!