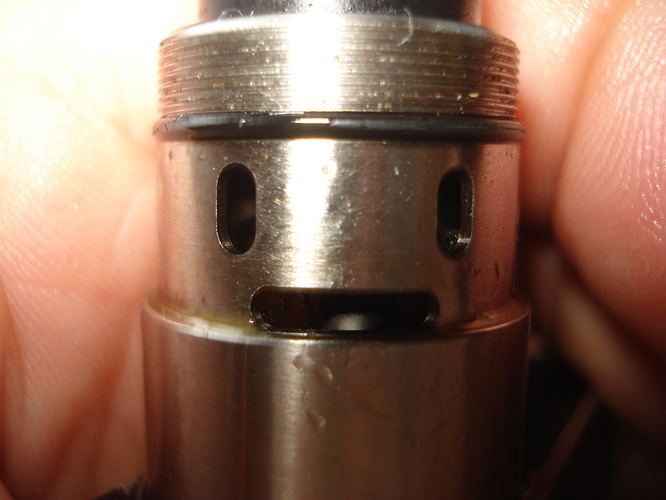 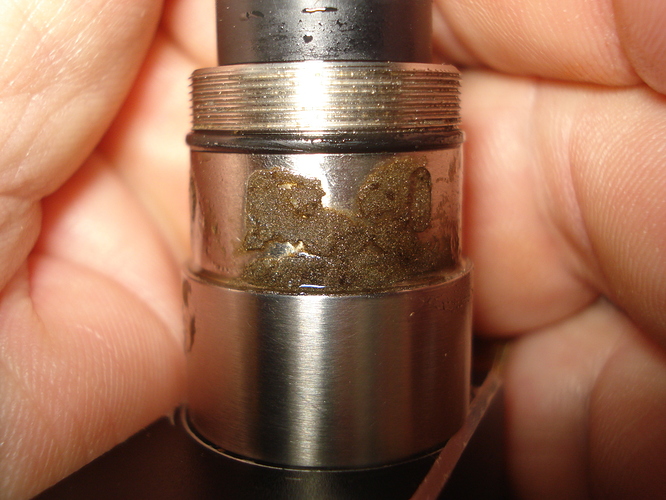 I dont have an aramorizer so I cant compare, but I am not a hug fan of 510 drip tips, sorry. I like a big fat delrin chimney and I have not seen one of those that incorporates the spatter shield. . .would take a ton of real estate. I like a delrin chimney because I’ve nearly chipped a tooth several times on the bumpy roads where I live and also out of clumsiness. The big chimneys really seem to bring the flavor. . .I wish someone would just design a new huge cap for the TFV4 even. . .drive out the pin and add one that sticks with an o-ring and includes a seal to block off the juice port.

RE the velocity deck. I feel it sinks a rather large amount of heat from the coils. It is wonderful to build, but I think it makes the atty a bit of a pig on power. I like the Ohm ega design, but would prefer set screws and for the holes to sit closer to the air inlets.

I think creating air turbulence around the coil, preferably from the bottom helps to remove the boiled off vapor and is therefore preferable. I am a big fan of big juice wells. . .this is my current complaint on the Ohm ega as well as the very high coil height relative to the air ports make for either long wicks or long legs.

Just some thoughts, I am an engineer also, although not ME. I’ve gone so far as to design a mechanical mod in Solidworks. I still plan on having it made, but its like 90% done and the rest of the work is drawings etc… .that I really dont want to do. It is all copper and designed to handle massive current with little voltage drop. . .it has a trigger instead of a button. Pricewise you just cant compete with the Chinese and they will stay cheap as long as R&D to them means “receive and duplicate.” (Just like America in our industrial revolution BTW.)

Very good points! I will take those into consideration. I have Solidworks, but am not real good with it. I do all my modeling in Mastercam. Although not quite as powerful, it gets the job done.

My plan is to model up a few tanks to get a feel for how they work. Then design a new one based off of input here. It’s mostly for fun, but I am a CNC Programmer so I have the means to make one.

And yeah, we could never compete with the Chinese. It’s really amazing how far they have come with producing a very cheap, yet quality product. The Crown is a perfect example. And the Aromamizer is a beautifully machined tank. Without having Swiss type machinery, it would be very hard to produce anything cheaply in small quantities.

Although, the shop I work at is right next door to a shop that has Swiss machines, and they are always looking for more work.

My company bought a Chinese mill. For $2500 it has 4 axis encoders with readouts (the table and the spindle are encoded), coolant pumps, lights, and it’s gear driven. Very easy to change speeds. I’m certain I am leaving stuff out. I would buy one for my house if I didn’t know what tools cost. Yeah, I have no idea how they do it and at least brand new it’s about like the lower-end Bridgeports for tolerances. The tables have wicked backlash, but it doesnt matter much when using encoders. Did I mention you could program it?

If you are interested sometime maybe we could have a chat about my mechanical mod too. I haven’t ran the design passed anyone that actually makes stuff (I am a HACK in the machine shop, and this needs lathe work.). I’ve designed it based on available stock, mostly from McMaster.