Ir wasnt me, i plomise! hehe

There was one fella i just to give bad ratings to, he/she mixed everyone’s recipes and then rated them instead of rating them on the original. Even then i still felt bad.

Good to see you back again, you were missed around here.

It’s been an interesting ride around here ever since I got off my digital hiatus! In one way, I wished I had stayed away for one more week! OH, the drama! Way more that I usually see at the theatre! ; )

I’m starting to think what’s going on with Reddit could have a negative effect here. I sure hope their drama doesn’t become our drama. Cross your fingers… 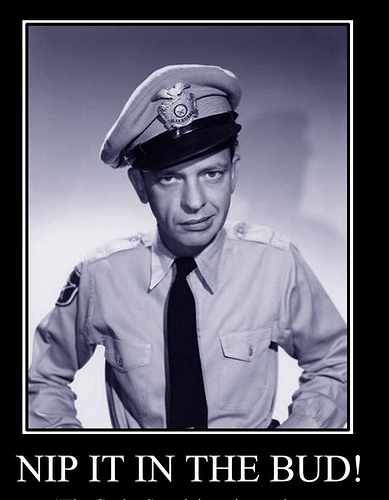 Unplugging for the last 10 days was wonderful and horrible, yet oddly refreshing. Our cabins dont even have cellphone coverage, there is a landline but im am never playing the 56k game again.

I havent done much looking around here yet but i ran across one of the threads you speak of. Drama, drama everywhere. Whatcha gonna do? hehe Speaking of drama, i just had a nearly drama less vacation. it was incredible, i feel as tho i could jump over the house but at the same time i feel like a good argument right about now. I may have to log into yahoo, with a sock account, and do some troll trollin because the wife isnt home. How sad is that?

Seriously tho, glad yer back. With all the insight you provide this placed is diminished with your absence.

Now there is some drama i wish i had been part of. I had a severe dislike for Ellen Pao and was happy to see her step down. She didnt talk with the crowd, only at them. Its is one of my few pet peeve’s, the CEO of such a place should have basic communication skills.

But you are certainly right, drop a rock in the middle of a pond and watch the waves as they hit everything.

Seriously tho, glad yer back.

For sure!! And glad you’re back as well. Hope you both had great ‘vacations.’

Welcome back stranger. Hope you enjoyed your time ! And that is a D move if Ever. Don’t steal my recipe put your name on it then trash it on your board. Some ppl

Don’t feel bad Ken that’s what we call justice and thanks @daath for setting that person straight !

If this happens within hours Jim, than it is definitely a schmuck, since all or most of your recipes need at least 3 weeks of steeping. Don’t I know it, I’m waiting for 4 of your recipes to get the proper steeping time and I’m also waiting for some flavours to come in so I can make a few more and I am the impatient type!

it was just a fat finger mistake for tapping the heart to save the recipe! ; )

So, I haven’t experienced said scumbag yet

Looks like I did. Two of my recipes were down to 3 stars and are back to 5 now. Must have been said scumbag after his ratings were deleted.

Glad they’re back to normal now. What a jerkface move to one star something just to be a douche.

yeah… he’s not the only one I don’t think.

I wish people that dont’ like my recipes
would just comment and tell me what they don’t like about them. I don’t understand
why someone would waste their time being a jerk like that though.

Some folks lives are small and insignificant; picking on others is their way of making themselves feel important and powerful; sad existence really.

I believe the word for that is @SS

thanks bud always looking out for us!!!this is not that kind of party!!!

The lack of ratings is by far the biggest disappointment i have with this site , most recipes might have one review and most have zero .

The only recipes i bother making is ones that have received high ratings from a lot of people , they just are so hard to find which prevents me from using this site .

Most others on “Reddit” when discussing this site also agreed that the lack of reviews and a prominence for single flavor recipes is this sites biggest negative,

There are a LOT of good to great unrated recipes on the site. I made the mistake of limiting myself to rated only recipes but once i really got to know the flavorings i no longer needed ratings. I can tell by looking at a recipe if i am going to like it, most of the time. Unfortunately that comes with much experience tho, it is a combination of knowing the flavorings and those that you dont know trusting other peoples opinion on them. There are a couple people with very similar tastes to mine so if they say they love it i am usually going to like it as well.