I am wondering anyone has used this company before they are in China ? I was wondering on the cleanliness of the flavors as well as the quality. I have a hard time wanting to put much in my mouth let alone my lungs from there. However Hangsen HS Flavors I have had good experience with and from what I’ve heard am not 100% sure they’re from China as well. It is because of the lack of quality control that I am leery.

However they also have sticky rice and plenty other odd ball flavors that are intriguing to me. On a quest to find some new and unusual vape flavorings and recently discovered Chinese flavoring company DuoMei via Alibaba. I managed to get...

So, just throwing it out there if anyone has had the opportunity or the guts to try them would you let me know here

I’ve never heard of them, as of yet.

However, I can say that my irrational fear of flavors originating in China is subsiding. I have vaped the ECX (Flavors/Tobacco express) and the SC (Bull City/VapersTek) for months now and have had nothing but a pleasant experience with these flavors which do originate in China.

I feel that vendors, such as BCV, VT, ECX and Vaping Zone would not mislead their customers with janky flavors for the almighty dollar.

I have used all of those as well

This one I’d be ordering off of Alibaba. Wondering if they have a good reputation. They seem to sell a ton of different things.

Thanks for your insight !

ordering off of Alibaba

I’ve always been curious about the Alibaba as well. I’ve never conversed with an Alibaba user before, but it would be cool if it was a stand up/legit way to get stuff out of China. I guess as long as it’s a PayPal arrangement, getting screwed, money wise, is less of a problem.

I’d love to know your experience when and if you do order from Alibaba!

You are cut off from trying any more flavors until more of the site catches up to you. I mean it! No more flavors!

Lol I have been looking for a red bean for a very long time. I want to make some Mochi and Sakura ( cherry Blossom ) desserts.

I want a Macadamia Nut flavor. I should have thought to ask you sooner. Any idear where I can source a good one?

Seems like you have to have a company in order to order from Alibaba so I may have a hard time attempting to get these flavors. Hmmm

You could always have @ringling order them for you

I immediately thought of him too but he is busy. I see a way around it using the wholesale side of the site but would need to see what size of shipment they’d require me to buy.

I tracked down more info and the base for the azuki bean is propanediol and from what I’ve read I don’t believe I’d be interested in these flavors now.

Did they say which molecular formula of propanediol they’re using? According to the links and the wikipedia article for propanediol, 1,2 is the propylene glycol we’re used to. 1,3 is the one that herbancowboy is comparing propylene glycol to. Not much info, but that site says it has a lower hazard rating than PG.

No, it didn’t but when I was looking into the toxicology of the propanediol it was noted to be a respiratory irritant , it seems it’s a few molecular components away from being basic PG but it acts differently.

I did not read in depthly but with it being a base ( propanediol ) I am curious as to why not just use Pg. Looks like it’s a vegetable base. Looks like Prooanediol is derived from corn sugar fermentation where PG is synthetic or derived from Petrochemical =Propylene oxide. I try not to use too much pg anyhow.

I guess that is what I’m saying. 1,2 propanediol IS propylene glycol. Why they aren’t just calling it that, I’m not sure. Unless they’re really using 1,3 propanediol, which is the vegetable based one.

The only real difference I suppose since I got to looking at the two is how they’re derived.

Let's gather information on Propanediol in a single thread for people interested in researching this proposed new alternative to PG in vaping. I'll...

I agree it seems as they’re not structurally identical but act a lot a like… I already feel leery about ordering something like this from overseas and now they put an uncommon base in there ? IDK . I’ll have to educate myself further b4 I throw the towel in. But as of now still on the fence and headed toward no.

@JoJo now I found another page the actual one I had as a link ^ at the top and it states that the base is PG and list PG as it’s base. Weird…

LoL that is really weird. So it is PG. But it’s still PG so that’s kinda meh since you’re trying to stay away from it. From what it sounds like on the reddit you linked, they didn’t have to be used at very high % so it might be you could get away with using very little. I have to admit, I’m VERY intrigued. All the pictures made me wanna run to my asian grocer and get some mochi…I haven’t had any in ages. The purple yam sounds like one @DarthVapor would be interested in. Oh lord…get him started on these flavors and we’ll all be in trouble! LoL

I wonder if we could convince one of our new supplier friends to get a ‘small’ selection of them?

The more I read about it, it seems it is allowed in certain areas overseas and that may be why they chose to use it. But it is weird I found two different descriptions for the same company.

The VU link is filled with pretty good stuff as well. I also seen it has a higher boiling point. I am trying to stay away from pg but I haven’t gone that crazy or I’d be at risk of throwing away about 98% of my stash and you know that ain’t guna happen no time soon.

I keep getting myself confused when reading back in forth on the different compositions. There is the 1,2 and the 1,3 which is weird in of it self. Lol but the 1,2 is yes Pg . So … SMH these dang companies.

I want so badly to have a red bean mochi dessert vape or a tapiocca bubble tea vape w/ a milky sweet finish mmm maybe that sticky rice could aid in that.

I want to make everything this lady talks about uhh I need some of these flavors. 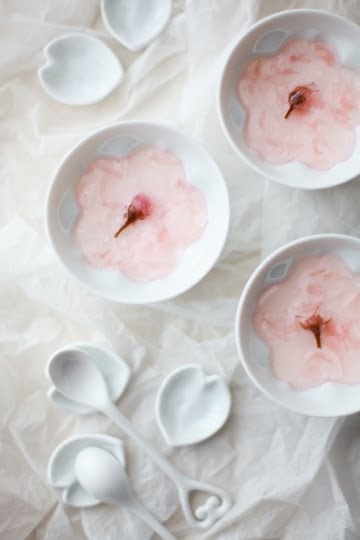 sweet in pink, and a little bit salty...

Right. It's already midway through May and I'm still talking about cherry blossoms, you wondered? Especially when I started babbling abou...