I messaged Tfa and they said it doesn’t contain corn syrup and would say on there site if it did. Does anyone have any info on this?

why is everyone else saying it does contain corn syrup

No telling… maybe they read that thread you mentioned!

I would give these resellers a little message with the link Sprks gave you, hoping they’ll correct the incorrect data. It could help avoid further confusion.

Are you it didn’t “may contain corn syrup”? Lot of sites do that just cover their liability. Same with daap.

I checked out @Sprkslfly 's first link (thanks!) and noticed three ingredients that might well be made from corn syrup. i.e, vanillin, ethyl vanillin and lactic acid. Possibly some of those other ingredients, too (i don’t know them all. I should., perhaps, being highly sensitive to corn, but there are way too many for the human brain to take in).

Anyway, point is, if you’re allergic to corn (?) you do need to avoid vanillin like the plague (that one is practically guaranteed to be made out of corn) as well as maybe half the other ingredients. Seeing as corn isn’t on the list of “top eight’” allergens, it needn’t be acknowledged on labels , and usually isn’t.

I’m half-way inclined to applaud that other company for explicitly mentioning corn as an ingredient, though TBH, that’s probably just a mistake, isn’t it?

if you’re allergic to corn (?) you do need to avoid vanillin

Can you link to the goods on this, please? Just searched a bit and most sources say it’s made from either petrochemicals or wood pulp/paper manufacturing waste.

It says that on one site i checked but seems so random as they say that only on that product for that company .Totally understand the dapp disclaimer but they don’t have it on any unproven daap concentrates some of which i know have daap . Post saying contains corn syrup is from a mod aswell Flavours Containing Sugar

well, when i want to know the chances of any given ingredient containing corn, i usually google
" INGREDIENT corn allergy" or just “INGREDIENT corn” when feeling lazy, then pick the most authorative sounding link , or several for good measure.

And that’s exactly what I just did , with a view to answering your question, but now…oh sweet jesus…i just stumbled on something new, something I didnt know, here:

Right now, I’m too stunned by this info to go chase up the links you asked for. Ofc. i’ll now be checking out the studies they linked to, etc. No need for you and your wife to panic just yet. The last info I read on this (again fom a celiac/gluten sensitivity website) said that having corn sensitivity along with gluten sensitivity was quite unusual and just due to an an unlucky chance.

PS. hang on , she’s just PG sensitive, not gluten sensitive, isn;t she? (phew!). I’m the one who drew all the short straws LMAO

I think main problem with corn syrup is that it’s fructose which i’m told is a sugar and in alot of flavor west flavors like yellow cake .

As of a month ago, she figured out by removing it, that gluten was the culprit for her migraine-like headaches! So, yeah…

noticed three ingredients that might well be made from corn syrup. i.e, vanillin, ethyl vanillin and lactic acid.

Since this is the precursor to the rest of your commentary, I thought it might be nice to clarify a few things.

First and foremost, I read through the wiki for vanillin here:

Vanillin is an organic compound with the molecular formula C8H8O3. It is a phenolic aldehyde. Its functional groups include aldehyde, hydroxyl, and ether. It is the primary component of the extract of the vanilla bean. Synthetic vanillin is now used more often than natural vanilla extract as a flavoring agent in foods, beverages, and pharmaceuticals. Vanillin and ethylvanillin are used by the food industry; ethylvanillin is more expensive, but has a stronger note. It differs from vanillin b...

The notable portion (to my eyes) quoted below, has no mention of corn OR corn syrup (at least to my untrained understanding):

Natural vanillin is extracted from the seed pods of Vanilla planifolia , a vining orchidnative to Mexico, but now grown in tropical areas around the globe. Madagascar is presently the largest producer of natural vanillin.

Now, that’s natural vanillin. And I’m sure that the majority of what’s used/sold to the flavoring related industry is synthetic… However, in the same link above, they do note the differences between the two (and include chemical compound charts/explanations for each).

I respect the fact that you have issues with corn and corn-products, and that you want to help spread the word, as well as continue to delve into further research. However, and I may be wrong, but it feels like you made an unsubstantiated leap here.

Again, my apologies if I’m the one who’s uninformed. But I think it’s more important to clear up the facts (or contents in this case) BEFORE anyone else gets potentially erroneous information.

Yes @woftam posted a link to Jennifer’s article. But if you look closely at the CAS #, and then look at the compounds contained in the GC/MS sheet (I posted above) for TFA Caramel Original, you’ll notice that CAS No. 57-48-7 is not on that list! Same for the DX variant.

A list of Flavor West flavours that according to their own SDS sheets contain sugar syrup (CAS No. 57-48-7)
Sugar syrup is actually fructose.

Now I don’t know whether it has been reformulated since she wrote that article, or if it was just an error. But either way, in the here and now, it’s a non issue IMO.

Things may have changed since this list was compiled since it is possibly a little out of date https://wayback.archive.org/web/20160912113723/http://juic.org:80/flavors/concerning-flavors/ however there are still a heap of vendors that have corn syrup listed as an ingredient to both TFA Caramel Original and TFA DX Caramel Original including nic river and bcf. I can assure you that the fw details are correct as i checked the sds sheets on all of them

I moved the posts over here since it is more relevant I am not sure but i would suggest that the caramel original (&dx) was the version before the caramel. Vendors selling caramel state: Concentrated Caramel flavoring by The Flavor Apprentice. Caramel concentrated flavoring is FDA approved for use in food, beverages, and products for human consumption. Ingredients: Natural & Artificial Flavor, Propylene Glycol, Triacetin. where on the caramel original it says Concentrated Caramel Origin…

I would trust TPA they are quite transparent

Perhaps on some sites some older stock is still being sold.

(Just quoting you, not directed at you.)

This should come as no surprise to anyone who shops frequently for flavors.
Vendors often use their own labels and in the process the actual name can vary, so it’s logical that ingredients on said label might be modified as well.
I’m doing battle with a recipe-side user about this now.

I think it’s more important to clear up the facts (or contents in this case) BEFORE anyone else gets potentially erroneous information.

I’ll try to be brief, cos we’ve now established that the focus of this thread is actually on the sugar not the corn, and i don’t want to go too far off-topic.

Rather than post another link to a corn allergy website (I’ve already posted one such, and will just add that every such site I’ve ever visited lists vanillin as a source of "hidden corn’ . And i very much doubt that they all could get that wrong, so admittedly took their word for it. I don’t think that really counts as an “unsubstantiated leap” on my part though. It just isn’t humanly possible to do your own research on the lot. IMO) I’ve now looked though some relevant articles on food science and manufacturing processes, hoping that you’ll find these more convincing.(being that little bit closer to the horse’s mouth) This one is rather dated (2010) but has the advantage of putting corn and vanillin on the same pictorial diagram (third page down) , which clearly shows that vanillin can produced from corn (via sucrose) . You might notice that corn is the cheapest, most widely available, of the raw ingredients featured? Where i think the article might be a bit outdated is in saying that the alternative ferulic acid pathway utilises rice as a raw ingredient . As you see, ferulic acid, too can now be extracted from corn (maize). Indeed , corn is utilized in an ever-increasing number of food and pharma products.

It looks like the wikipedia entry is seriously dated re, the wood pulp , according to this 1997 article. " Today, however, whilst vanillin production from lignin is still practiced in Norway and a few other areas, all North American facilities using this process have closed, primarily for environmental reasons."

But, anyway, I think the following quote would be of more interest to most readers of this thread:

“The big difference between the prices of natural and synthetic vanillin, the increased demand for “natural” and “healthy” flavors have stimulated a great interest of the flavorings industry to produce natural vanillin by bioconversion from other natural sources.”

(from …sorry, posted wrong link…hunting for right one. Probably this Microbial Production of Biovanillin An interesting and relevant paper anyway)

…a reminder that so-called “natural” flavourings need not be derived from the source on the label. Indeed, with something as expensive as vanilla, the chances are that your “natural vanillin” is not what we would think of as natural at all. and has never encountered an actual vanilla pod. So i’m pretty disappointed in Wikipedia there. Hope some future update of that page makes that point clear…

Note the title of this paper :

. And yes, that product could legally call itself “natural”

I’m pretty sure we’ve discussed what that term “natural” flavor really means on this forum before? But damned if i can find that discussion, so I’ll just post this link

This should come as no surprise to anyone who shops frequently for flavors.

BTW, just ran across this: 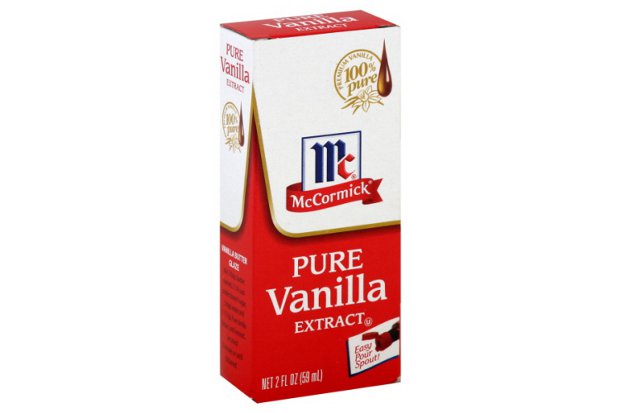 Imagine my surprise when one of my readers wrote to me asking me to decode a store-brand "100% Pure Vanilla Extract" label that contained [[DRAMATIC PAUSE]] corn syrup as an ingredient. First, I wanted to see how it was legally possible for a...

given that most flavors for vaping began life as food flavorings . it wouldn’t be a big surprise if something like that had found it’s way into some vape flavours would it?

And it just goes to show how very wary you have to be not to take words like “pure” and “natural” at face value. Bodies like the FDA have their own, highly counter-intuitive definitions.

My understanding is the Original has corn syrup , the DX is supposed to be without … My understanding is limited though … I think TPA would be up front with you , they seem to put all the info about their products , very transparent

I just read the entire Wiki you posted. Holy Schmoly, it’s understandable why natural vanilla is so pricey…baking in the sun, taking in at night and tightly wrapping in cloth to cause sweating…etc. and it’s a months-long curing process. My obsession and addiction to vanilla explained. Thank you for the information