FDA at it again

FDA threatens to pull e-cigarettes off the market

The Food and Drug Administration (FDA) says that e-cigarettes face an uncertain future in U.S. markets unless youth smoking rates drop over the next year.

“I’ll tell you this. If the youth use continues to rise, and we see significant increases in use in 2019, on top of the dramatic rise in 2018, the entire category will face an existential threat,”

His use of “If” is the biggest crock of sh@t. He knows the false data is already in play to make the threat a certainty.

I had hopes in the beginning of his appointment but that was wiped away a month in. We are among vultures.

I want to know how kids started using a JUUL 6 years ago when the product was only released 4 years ago. Just sayin’.

It’s like what Rush Limbaugh says when it comes to government. "The nature of the evidence is irrelevant; it’s the seriousness of the charge that matters."

They won’t let their agenda get derailed by facts.

"The nature of the evidence is irrelevant; it’s the seriousness of the charge that matters."

That is their goal, and what the big T/P want, they get.

Ban Cigarette smoking they have known for decades it kills. Oh wait lobbyists and kickbacks.

And yet on my side of the pond, Public Health England are on a massive pro vaping marketing campaign because of the reduced risk compared to smoking…

IDK… I was born with the Common Sense Gene, and can’t relate to others thinking too well.

Teens can get a Legal Drivers License or Permit at 14-17 years old. Get behind the wheel of a hugh 5000 LB Suburban, and drive 65 miles-per-hours down a 2 lane highway, with only a yellow line to keep them in their lane and out of your lane, all Legally.

So they can Legally own and operate a 5000 LB Suburban, but not a Jewl Device. I think big auto is behind it, take away the jewl so they can afford a new car!

I’d rather raise the age of driving to 18 and let them sit at home vaping and keep the 14-17 year olds off the highways, where they put other peoples familys at risk because of new driver accidents, or teen alcohol use while driving.

Just found the link to the article I was thinking of. This is from Public Health England which is effectively the marketing department for the NHS. Note the date at the bottom cause this is from early 2018.

risk because of new driver accidents, or teen alcohol use while driving.

Agreed !!! There are many real risks to “kids” like exactly what you state> drunk driving. And, on a more public health note another very real health issue is teen obesity.

And when will Scott Gottlieb and the FDA get around to closing down all the McDonalds? Not just to stop teen obesity but to curtail the huge caner risk from cooked meat on the high temperature grills at those restaurants ?

It’s not just overheated coils in your Juul that are bad for you. Check out this article: 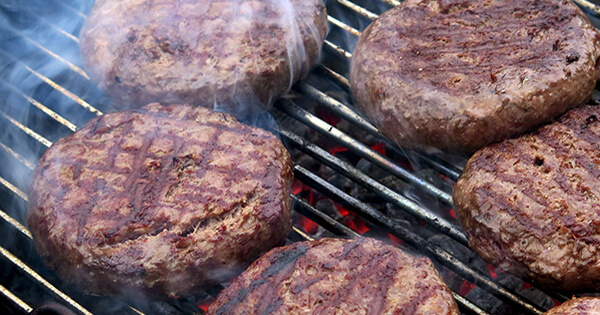 Chemicals in Meat Cooked at High Temperatures and Cancer Risk

A fact sheet that explains how certain chemicals form in meat cooked using high-temperature methods. Includes results of research on consumption of these chemicals and cancer risk.

Seriously, all humor aside, what is at play here is sorting out this huge mess we have in the USA between public policy, big money interests, and the question as to what are the real risks (not just the ones that are cannon balls for public relations smoke screens whose only purpose is to conceal stock market trades by Scott Gottlieb) When ever this type of subject comes up here on the forum I alway encourage folks to read these threads ( and other threads related to this subject, of which there are many !!!):

https://www.marketwatch.com/story/tobacco-stocks-rally-as-fda-considers-banning-all-flavored-e-cigarettes-2018-09-12 As the FDA announces a possible full ban on all flavored e-juices, tobacco stocks swell with pride…

more here; Brenda Fitzgerald, the director of the Centers for Disease Control and Prevention, resigned Wednesday after coming under scrutiny for buying shares of a tobacco company while leading the agency. Fitzgerald also owned stock in various tobacco companies, including Reynolds American, British American Tobacco, Imperial Brands, Philip Morris International and Altria Group, before taking her position, Politico reported Tuesday. The CDC is a national leader in the fight against tobacco. “…

And when will Scott Gottlieb and the FDA get around to closing down all the McDonalds? Not just to stop teen obesity but the huge caner risk from cooked meat on the high temperature grills at those restaurants ?

I’m all for banning MacDonald’s but not for health reasons. Because their food is gross and disgusting. However, the best steak in the world is seared at high temperatures. Try taking that away from the carnivorous people of the world. I’d say run like hell.

Because their food is gross and disgusting.

Oh,… I don’t know about that… I sort of like Big Macs and greasy fries…

-I only included it in my post above as a 'humorous" counter point to highlight the insanity of the USAs misunderstanding “real risk” verses Scott Gottlieb’s version of risk.

Oh,… I don’t know about that… I sort of like Big Macs and greasy fries…

Agreed, I’m like most people I know and Pretentious about Micky Dees, I never admit to anyone that I eat there. But I love it, in secret.

Well their food took a turn for the worse 25 or so years ago. When they stopped caramelizing their buns and using different burger meat.

Hey, have you ever accidentally left MacDonald’s food in your car? I tell you man it will not rot. You can get a cheeseburger and fries, put it under your car seat and a year later it looks just like it did when you bought it.

I’m in agreement with the huge vehicles, drinking and driving but let’s not forget about cell phones and texting. Selfies kill too! I think the government needs to address vehicle size (tire sizes as well) if they are cracking down on teens and vaping.

I know it seems silly but more people are getting killed, injured to an extent that some never heal, etc with youths more than a Juul will ever hurt them. They will find alcohol just like they’ve always found cigarettes, it’s a life cycle. But you stop the above and let’s see how many lives get spared.

Vaping looks so much more harmful since they want to derail the true dangers in kids. Just my thoughts. Maybe I’m wrong but…

It is my understanding that the FDA does not have the power to ban any tobacco products, only regulate.

The Family Smoking Prevention and Tobacco Control Act adds a new Chapter IX to the Food, Drug,
and Cosmetic Act, establishing and governing the regulation of tobacco products.
In addition to the FDA’s new powers to regulate the structure of tobacco products, the agency has
wide-ranging authority to regulate tobacco products and tobacco product marketing. The new law:
Restricts tobacco advertising and promotion in order to promote overall public health (the
judicial system will likely be asked to determine whether any of the legislated advertising
restrictions unconstitutionally interferes with free speech under the First Amendment)
Stops illegal sales of tobacco products to minors
Bans all cigarettes that have a characterizing flavor, including all fruit and candy flavors,
other than tobacco or menthol
Prohibits health claims about purported reduced risk products, where such claims are not
scientifically proven or would cause net public health harms (for example, by discouraging
current tobacco users from quitting or encouraging new users to start)
Requires tobacco companies to disclose the contents of tobacco products, changes to their
products, and research about the health effects of their products
Requires much larger, more visible, and more informative health warning labels, including

Vaping just pg/vg and nic, you can if it is left long enough, find a almost tobacco-esq type taste… wonder how the fda is going to handle that? gee…

They can and do have the power to kill the industry all together. What they want is total regulation, not just over what we mix with, but who as well. They want our money and health. That is all. How far are you willing to travel this road, that we all know, like the big P’s products, will be only for what they want, control.