Finally I get a chance to squirt

And squirt, I shall.

Read that however you like, I have not had the time or inclination OR energy to bother for a week now, yet for some reason this afternoon, after no sleep last night and a 6.5 hour non-stop shift today I do indeed feel like it.

I literally have not had a chance to sit down once in (checks)… 9 hours straight.

Still on “trial” and still within the first week, I’ve already started vaping sub-ohm in the bathrooms while I’m cleaning them… with the exhaust fan on… nobody’s caught me doing it yet, and we all know that it’s only wrong if you get caught.

You made me think of high school.

I won’t even call it a clone, because it’s too accurate to be called that:

Several of these flavours can be subbed because even without knowing what the others taste like, I know these specific flavours add-up to Killer Custard and that these same flavours in different brands are used on so many clones it’s why I subconsciously know they’re major ingredients in KC clones.

The custard will still need to steep, but the other ingredients don’t take nearly as long and even fresh you’ll still get the French Vanilla loud and clear for a few days until the cheesecake catches-up, then a few days after that the custard itself will begin to emerge, so the mix will ‘fill-out’ a bit more every few days as each individual flavour starts showing itself.

Mix that, and killer custard will be your standard custard starting base to mix with 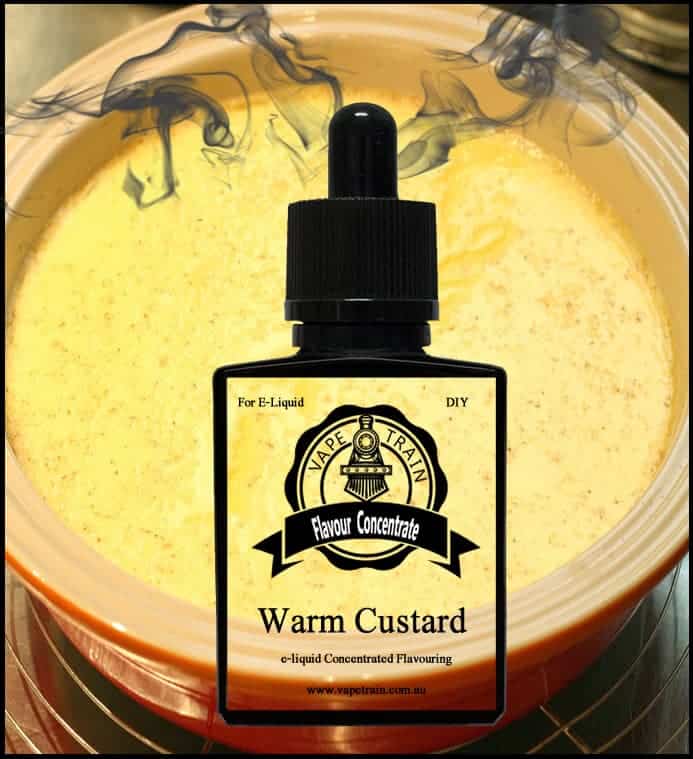 Vape Train’s Warm Custard Flavoured DIY Concentrate for e-liquid making is baked warm custard flavour that works well with many style recipes that require a thick creamy custard taste. This is a very universal custard without vanilla that can be used...

Other creams could probably be used instead of actual vanilla-flavoured cream: like Sweet Cream or Fresh Cream, though vanilla would be needed to replace what’s not in the cream…

Vape Train’s Vanilla Cream Flavoured DIY Concentrate for e-liquid making is a heavy dairy thickened cream flavour with a dash of vanilla bean. This flavour is aromatic with a full body flavor that could add the finishing touch to most creamy based e... 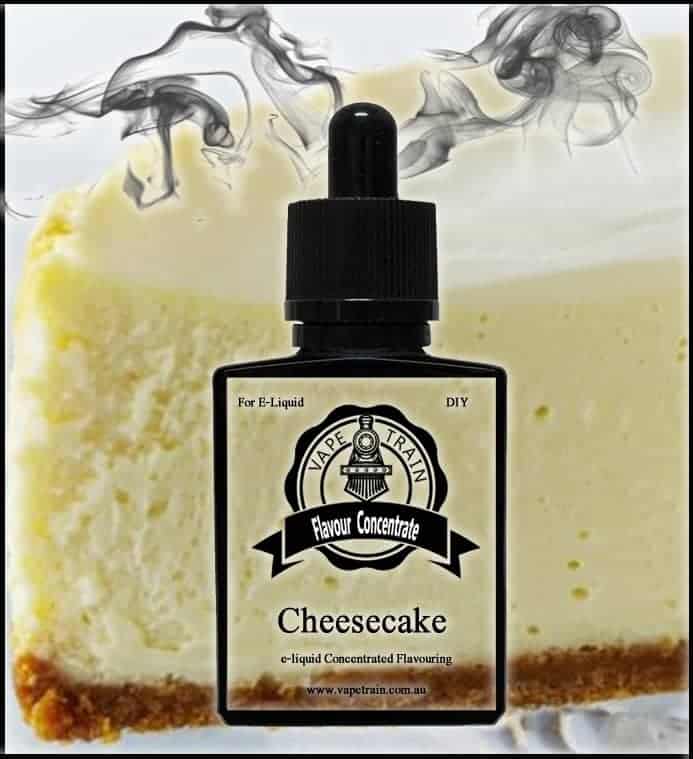 Vape Train’s Cheesecake Flavoured DIY Concentrate for e-liquid making. A pleasant fragranced creamy cheesecake flavour that blends well with all e-liquid recipes. This is concentrated flavouring and must be diluted before use!

Plus a tiny bit of Butter Base or another good butter though I’d be more careful about this: you’re better off with no butter at all than a gross tasting one that ruins the mix entirely, so check whatever butter you have tastes good and not like shit before including it. 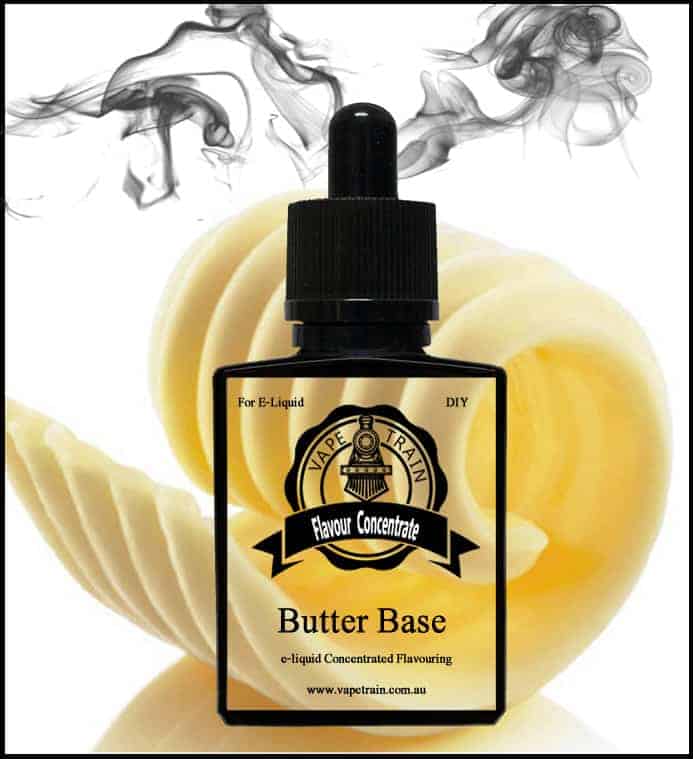 Vape Train’s Butter base Flavoured DIY Concentrate for e-liquid making. Butter base is a velvety butter flavour that can be used in many e-liquid recipes that seek the taste of fresh butter. This flavour is useful in bakery, dessert and some candy...

Course I realize there’s many, maaaany recipes with these general ingredients plus various others, but I can genuinely state I didn’t use any recipe because - as stated in the first few paragraphs - I know these ingredients through glancing and countless KC clones and subconsciously hanging-onto the ‘average’ of those things my eyeballs saw repeatedly.

There are threads dedicated to Show Casing your recipes…

I’m not a show-casy kinda thing though: just an aside while I’m here, before I go rewash everything and get ready for tomorrow.

@muth was on about me sharing so I figure may’s well start with that.

I’m not a show-casy kinda

Great in the custard, I’ve mixed it in a 15mL solo though haven’t tasted it that way yet but yeah.

23%'s a fairly high total too, though I’ve a hunch Vapetasia use pretty high totals in most their juices: why wouldn’t they - they’re paying what works out at a few dollars a litre for each concentrate in the kind’ve volumes they’re buying in, so they don’t need to go tight on the ingredients

I mix fairly low bc I taste the flavors great at those pcts but there are quite a few I need to push. To 5 and 6pct then the other flavors and bam you damn near 20pct…I hate when some people tell others 10pct ir 20pct is what you should aim for …Or when people say anything over 6 flavors is too much .Whatever works gor the recipe works imo

I’ve also mixed two variations of Strawberry cheesecake with it, the fiest was alright though even at 2% the strawberry was too fruity for me, so I turned it down to 0.5% or something for the second and that one smells and lick-tested better - the strawberry not so pungeant in the mix, though I haven’t vaped it yet: it’s been steeping 2 weeks though so it’ll probably be ready to vape-test now.

And that honey & milk: now I’ve got the Osmanthus Flower, I’m very sure that’s what it needs to stop it being flat, boring milky honey and give it that higher sharper note, but the Osmanthus flower is mild enough to not be too obviously floral - also, flowers + honey + bees just naturally go together.

Sorry about the rants …lmao

I don’t think so either: I think for the most part, many of our favourite commercials use pretty high flavour totals because, like I said they’re not paying near as much as we are for them and they’ve gotta fill that 30 PG quota with something

Who said a given % total was wrong?

I’m generally thinking of the times I’ve heard online in various places that lower = better which has never made sense to me and I tried to get that notion out of others way of thinking - particularly when they’re trying to clone their favourite commercial liquids that’re probably very high in flavourings and can never be cloned at 10% total flavours - they said they ‘appreciate’ that, then ignored the advice completely.

I DO think, that once anyone’s been vaping DIY mixes long enough, their taste-buds become accustomed to lower flavour percentages, but that takes a long time to happen and jumping straight from commercial liquid to DIY, you need to really stick to the same higher % totals the commercial juices utilize.

Also trying really hard to get this Rose plus White chocolate plus cream mix to work, but it’s not… it’s kinda like a bliugh version of turkish delight with curdled milk

Soon as I get that floral top note added in the honey & milk I’ll post that too… well, if it’s good without a lower note as well… thinking … might only need the flower to round it out though I dont’ know that particular concentrate is available through other brands: Osmanthus - like Eucalyptus - is a pretty Australian scent/flavour.

Any good honey & milk though… they’ll do fine.